superbowl halftime show: the who

The halftime show for Super Bowl XLIV has been announced... The Who will be performing. 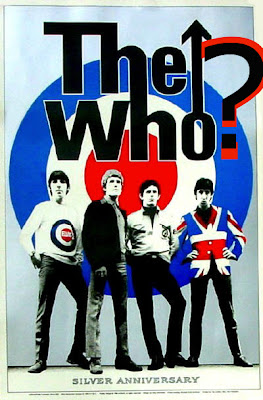 I'm so disappointed. The Janet Jackson incident was six years ago. When will the guys in charge ever get over it?!

They even admit that they've been picking these older rockers as a safety net, and even though it happened back in 2004, Janet's boob haunts them.

The way I look at it- Everyone has learned their lesson... For now. If they were to go back to the old days of having exciting groups from today, those people would know better than to pull such a stunt. Give it another couple years, and people will have the balls to try it again.

Let's just take a look at the past 10 performances:


XXXV [My favorite ever... For obvious reasons, and for its creativity... And it's probably your favorite, too.]


XLI [Maybe the closest to getting a little risky..]

They're just not exciting like they used to be. Prince turned his guitar into a wang, but that's about the only excitement we've gotten. [And maybe Bruce Springsteen's crotch hitting the camera.]

They used to switch up the producing group [Disney, MTV, Clear Channel, etc all had chances to plan the show], but now it's Don Mischer Productions screwing it up every year. Lame.

Hmph. With my Redskins obviously not headed to Tampa, and a lame halftime show, I'll be watching for the commercials and delicious food to snack on.