On Saturday, I got to host the Redskins' Draft Day Dash party for the second time, and I was a giant fangirl the entire time. YOU KNOW I'm a die hard Redskins fan who even followed them to London just to watch a tie... and in college, I had a Redskins kitchen with two posters- Santana Moss and Clinton Portis.

Those two players were the ones who shared the stage with me this weekend and I was geeking out. Of course I told them about the posters, and I stuttered the entire time I was trying to talk. I was shaking when I took the selfie... and the moment Santana put his arm around me on stage, I nearly fainted.


The best part was when I told the entire crowd of ~3,000 people that the guys made me scream extra loud last night. Accidental sex joke for the win. 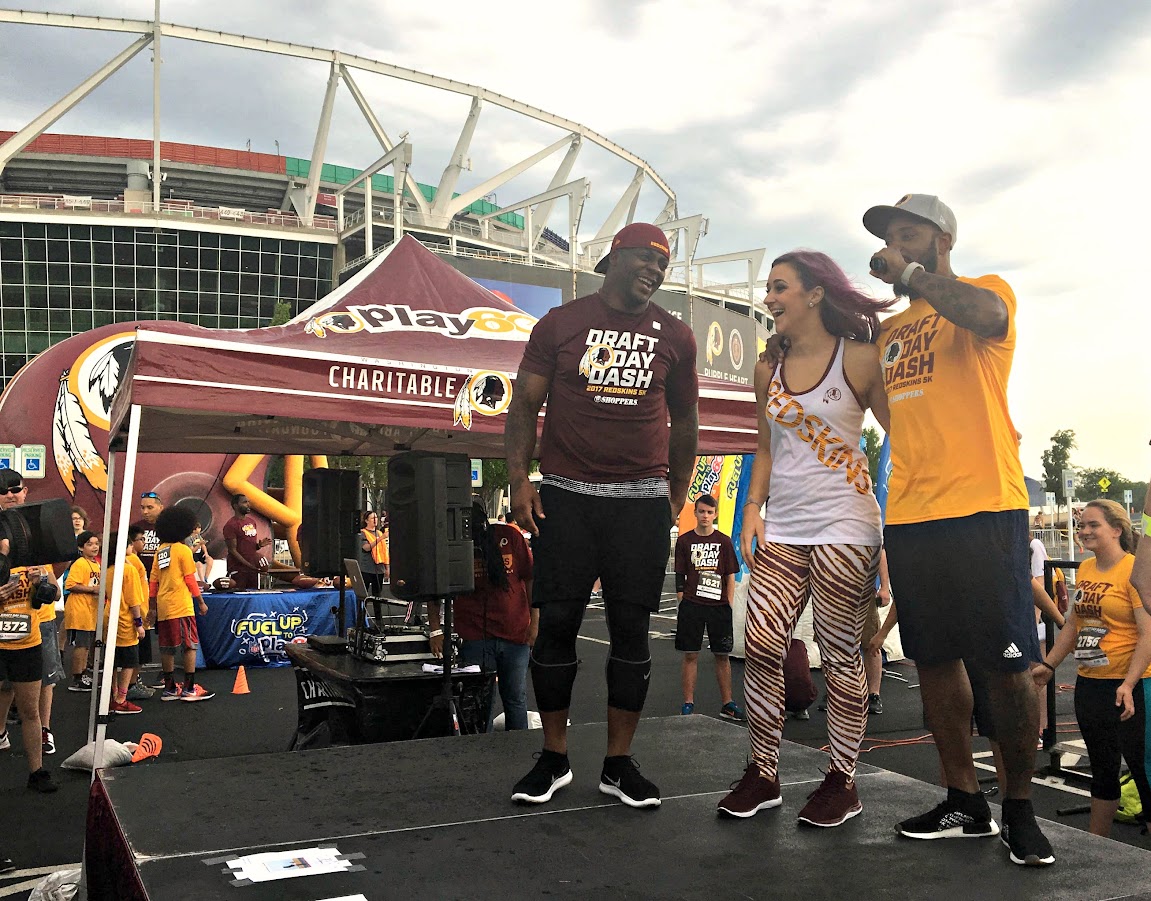 After I was done geeking [and when everyone started running which I absolutely do not do], I went inside the stadium for the Draft Day party and ended up in the swanky suite section where other players were walking around. 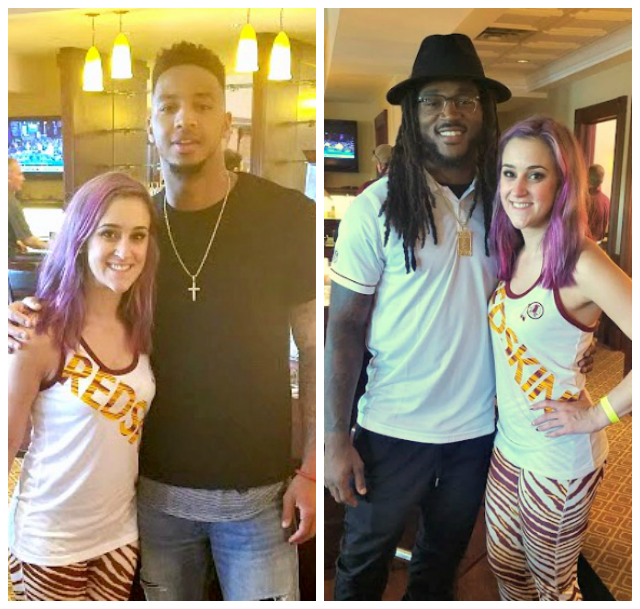 And in case you didn't know, you can also take a tour of the locker room, kick field goals, drink, party, etc as a normal human being with free entrance if you go to this annual party.


I'm still kinda geeking out just looking back at all of this. I assume I'm close enough with Clinton and Santana for them to come to my birthday party in a month, right?! Cool.

This is a wonderful post. I enjoyed the information lot. I will bookmark this page. Thanks for sharing this information.
starfall | barney | abcya

Pune Hot Escort girl who can present escort service but don’t offer what they commend. when you book them for tonight pleasure, you understand the verity about- what they do after hiring. On the other method, I offer a wholesome and excellent Pune escort service and I perform all things that I speak you going on booking.
Escorts In Pune
Escorts Pune
Pune Escorts
Escorts In Pune
Escorts Pune
Independent Escorts Pune
Pune Escorts

The customer should ask this query himself to know additional about me and my escorts in Ahmedabad. First of all, I am not belong to the class of call girls in Ahmedabad. Janvi Mishra is the name of a lavish escort service supplier in Ahmedabad. And my job is making everyone joyful and fulfilled with decisive erotic activities. You should know the compensation of getting service from an independent escorts in Ahmedabad. An independent outline can only promise you the safety and isolation along with GFE based service. The top rank officials and business group people don’t want to obtain service from an Ahmedabad escort organization.

Welcome to Tanvi Rai, one of its kind escort service organization. We offer state of the art, secure Noida Escorts services to businessmen, tourists and other local populace in Noida. If you are looking to obtain a hot date, weekend, or night meeting then this is the right rest for you.