Some people say "you'll only be a bride once," but the only thing I know for sure at this point is that I'm only gonna be a Maid of Honor, for my lifelong best friend, one time. I've gotta go all out!

I've been planning her bachelorette party for several months now, and of course I was like "OMG this is gonna look so cute and I'm gonna take so many pictures and it's gonna be such a good blog." Then real life happens and I live in the moment and I forget about work and well- I have crappy phone pics again.

Crappy phone pics > No pics... and this first one is pretty damn good to be honest.

Kelly and I used to carpool to gym every day for like a decade or something. We've been through a lot of life changes, struggles, moves, and everything else life throws at you, but never fought. Her first kiss was the first love of my life [in preteen years] and I didn't even start a slam book against her. That's real friendship.

Now she's engaged to a man who lets her stay young and happy, what we've always said we'll always be... and it's time to celebrate that!

As a lover of everything 'Merica and red, white and blue, I knew that had to be the theme. I've seen some for "Red, White, and Bride," but that doesn't even make sense. The bride is white, ya stupids! I went with "Red, BRIDE, and Blue," had her dress in white, the rest of us in red and blue. Because she had people coming from literally every corner and coast of the US, we went with a fun place in the middle: Austin. 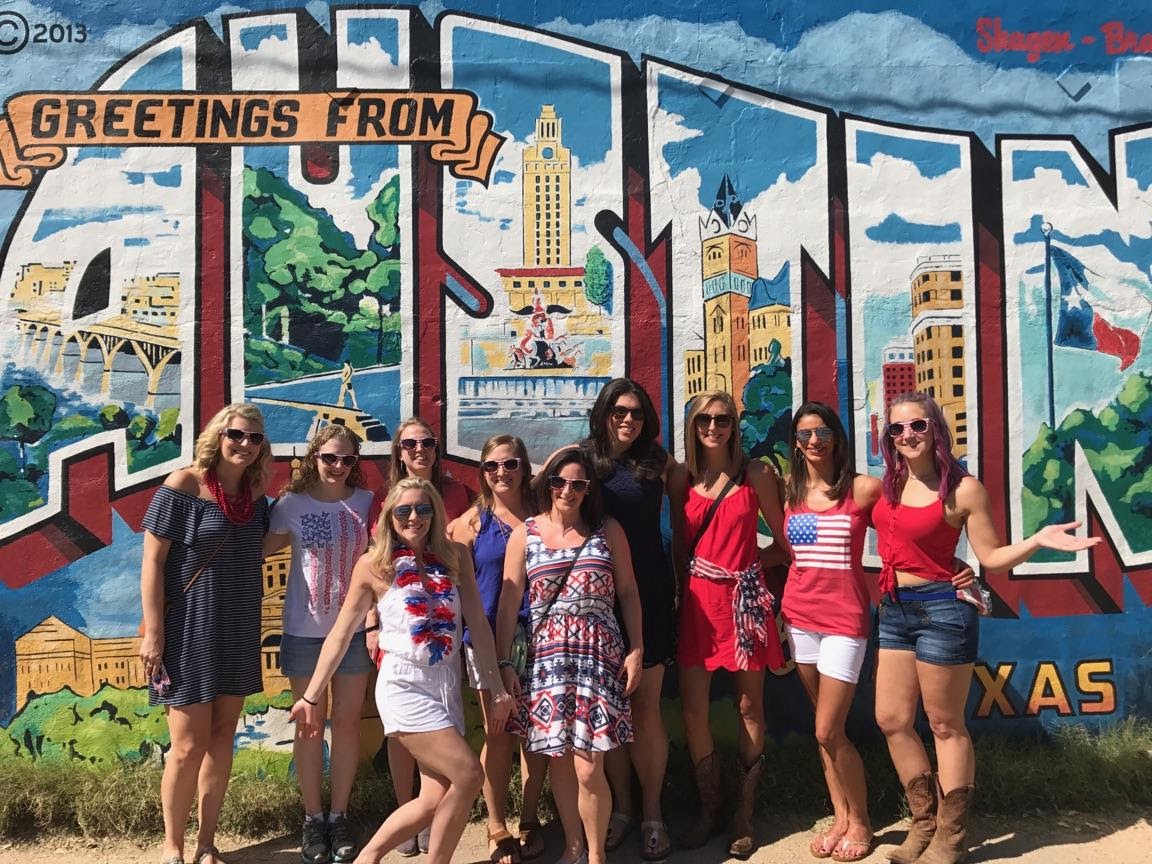 I've never had to plan something to suit a diverse group of unknowns and holy bleep, I'm glad I'm only doing this once. In the end, I figured the best way to do a little bit of everything and keep the bride happy was to have an awesome party house to hang at one day, and city activities planned for the next.

AirBNB is the best way to go, and I found some lists of suggested houses on the Google machine, and ultimately decided on this "MANSION IN BUDA," complete with a pool, game room, and beds for a solid 14 people. 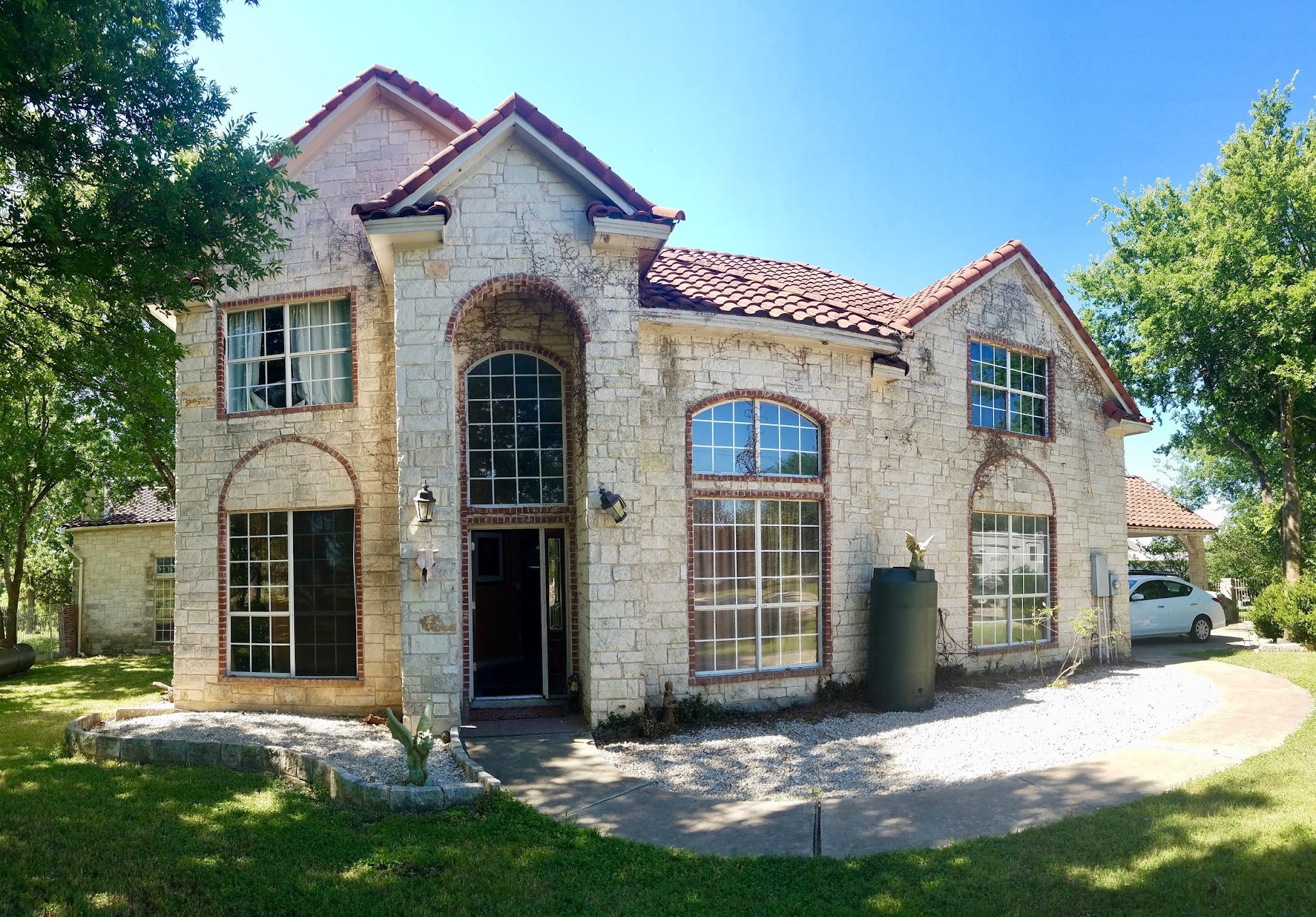 It wasn't the cleanest house you'll ever step in, but the owners sure know how to throw a party. Look at this addition/game room/club!

As for decor, I bought a ton of balloons, lanterns, a pin the peen on Willy game, and other little things from this party store straight outta China. I ordered a few months in advance so they came with plenty of time, and the balloons were only about $1-1.50 a piece, even for large letters that said BRIDE. I bought a helium tank once I got to Texas, but turns out those tanks aren't strong enough to make the foil balloons float, I guess. PINTEREST FAIL. I also splurged on some coozies from etsy, and didn't catch the spelling error until Kel saw them. Go figure. I also created a pretty simple Snapchat filter that I had activated for a few of the locations I knew we'd be at during a certain time. [Click here if you wanna see/download it]

Now, the bride loves her some water hangs, and Austin was perfect for that. We started the weekend [after they made a stop in Waco to visit the home of Chip and Joanna] at Barton Springs Pool. I am SO JEALOUS this place doesn't exist near me. It's a fresh, clean, natural spring with huge lawns surrounding it, and even a diving board. No picture did it justice. 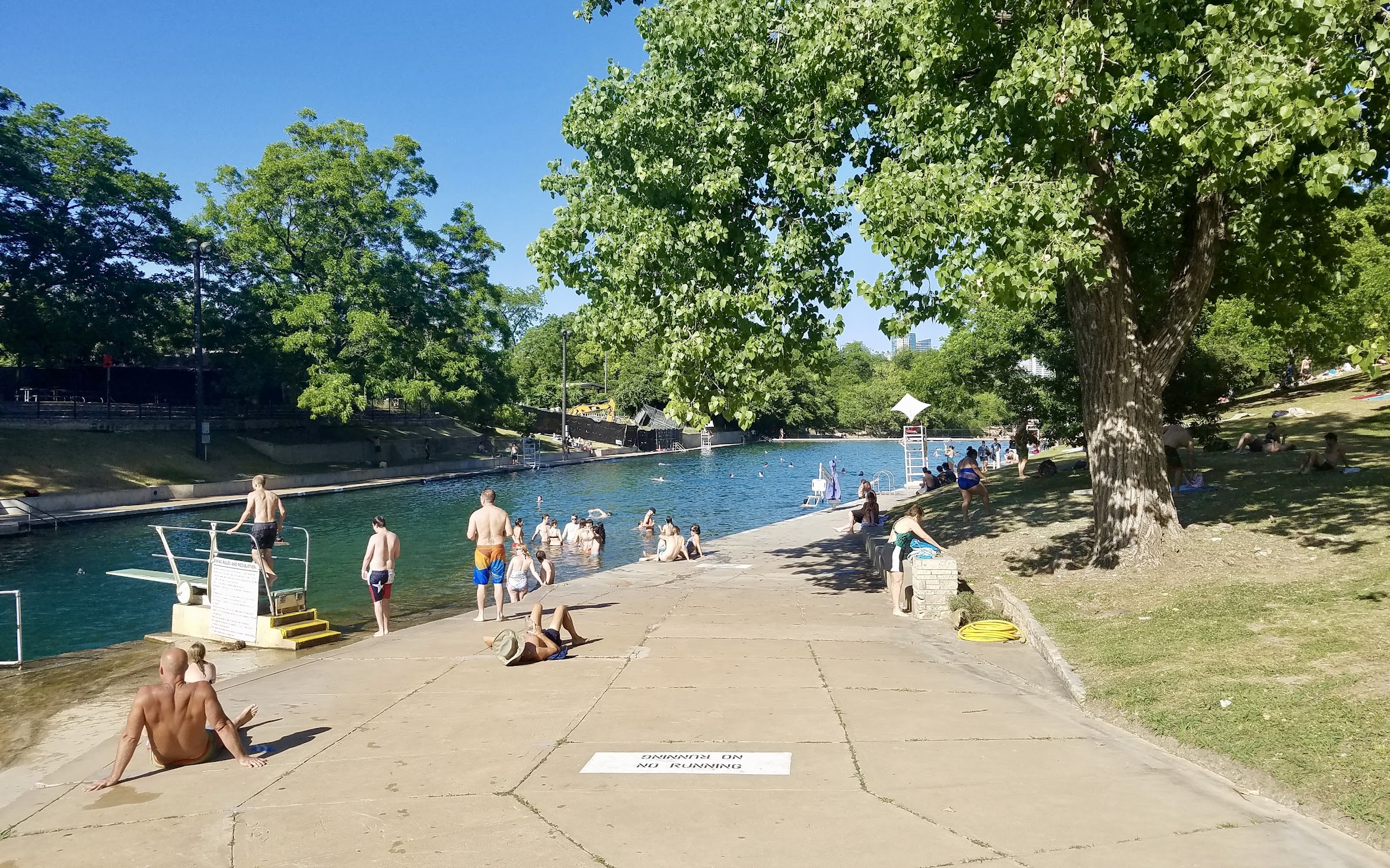 Dinner was at a nearby food truck park, because Austin, then a house party full of real Beirut, air hockey, pool, and dancing under a disco ball. 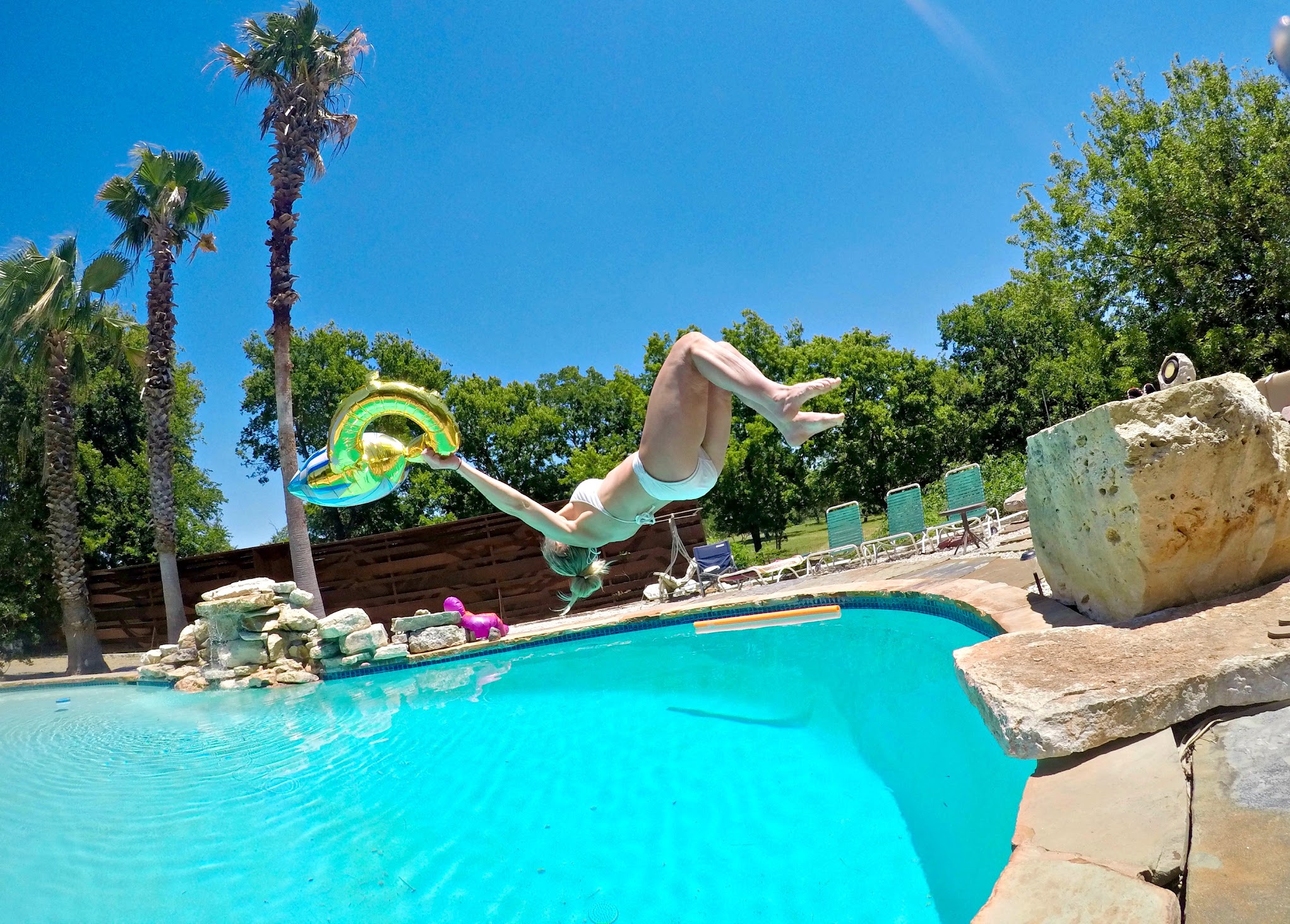 Day two was spent by the pool before heading to the city. In 2017, one must visit as many murals as possible for the most shareable pics. I found a list here, starred them on Google, and made the rounds. The two most famous [i love you so much and Austin] were a little outside of downtown, but worth it. 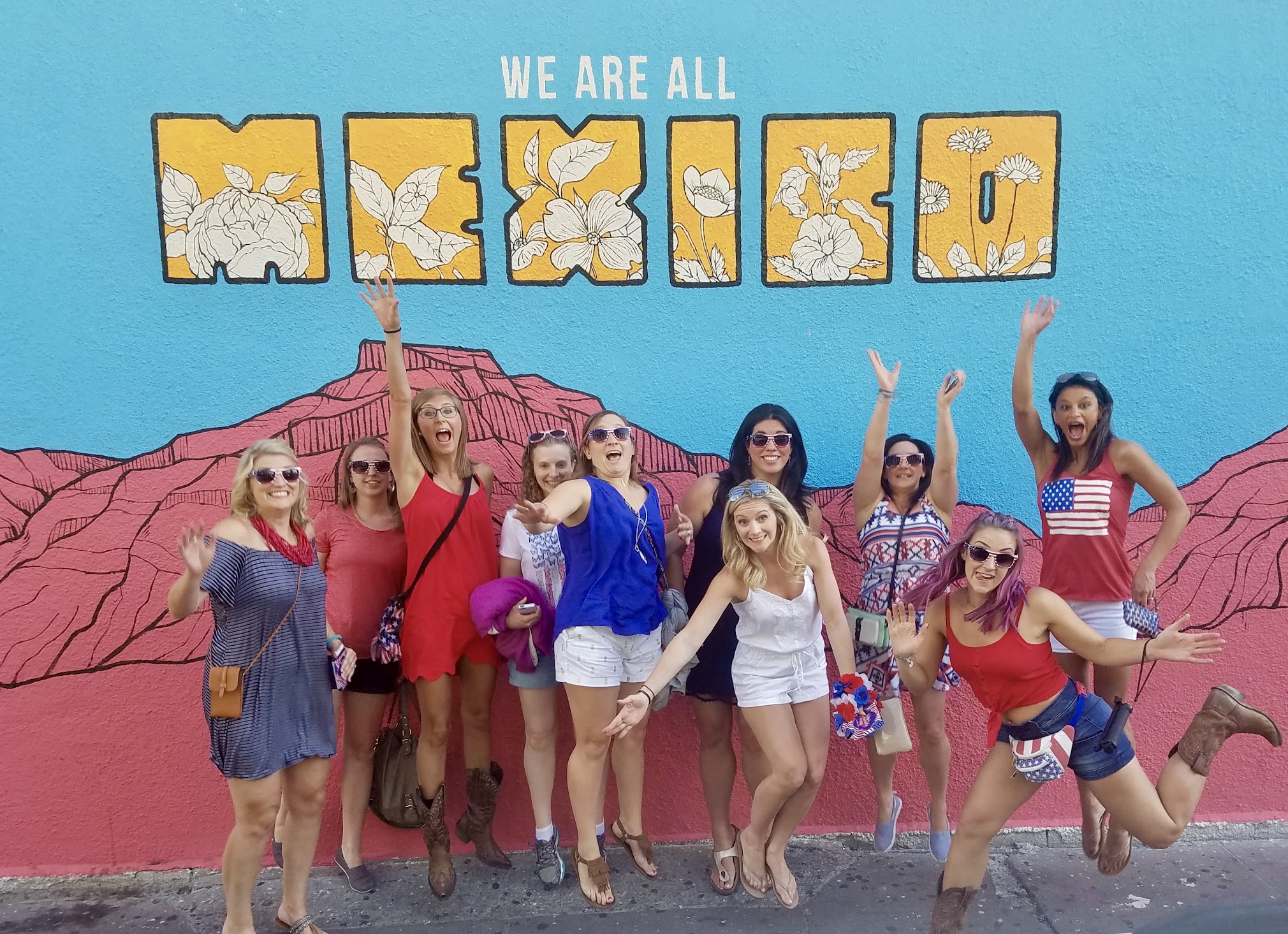 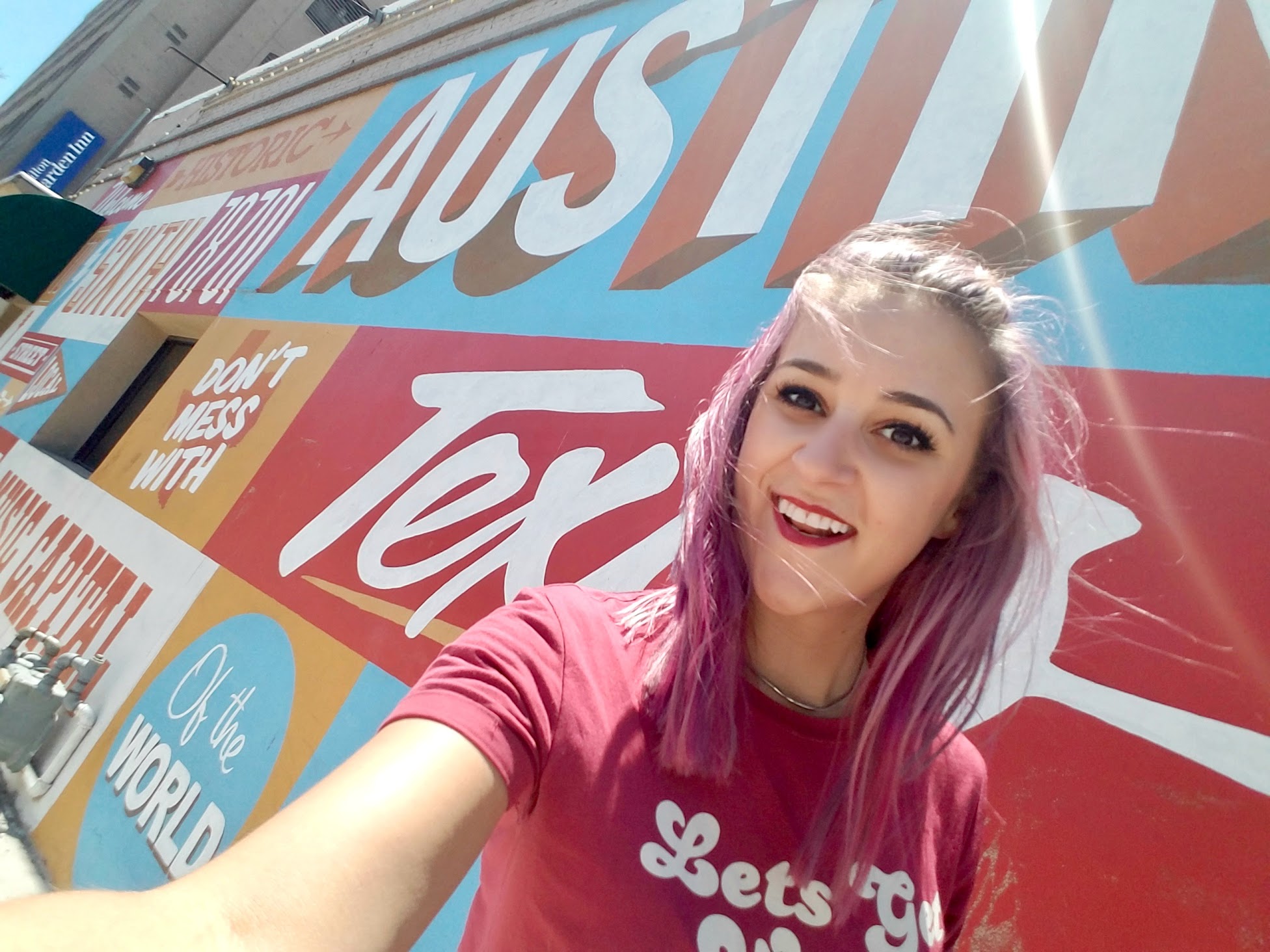 We had dinner downtown before heading to a pedal tavern, which took us to the tiniest bar in Texas and a ton of other bars that are perfect for a group and/or anyone with ADD; They have games and food and dancing and the best of all the worlds. If you saw my Snaps, that's good. You saw the party. This blog will not.

It was a Bachelorette party with only a little bit of cheese, a noticeable theme without being obnoxious, and as much of the bride's favorite things and people as possible. If it were mine, I would have had way more peen and obnoxiousness, but I tried to remember what I learned before.

And now, I can breathe a little. Kinda. For like a week until I need to put all the finishing plans on my 30th birthday party that happens one month from today.

This is so cool! I am also planning a bachelorette party for my best friend. We have been friends since we were small and it’s great to see her getting married in one of the most beautiful NYC venues with her boyfriend of six years. It’ll be fun!