I went to Europe. That doesn't even seem real. It's like I'm going through all these photos from somewhere else or something, I'm not sure.

It's true though. A year ago, I found out the Redskins were playing in London and laughed when someone said we should go. Then I realized the timing was perfect, and if I could convince someone to make the journey with me, I needed to make it happen.

On Halloween weekend, I headed straight to England, or Great Britain, or the UK.. or WHATEVER THE EFF THEY WANNA BE CALLED, to start a weeklong journey that would eventually end in Ireland.

Where the hell do I even begin?

The flight was 7.5 hours and so much easier than I anticipated [maybe because of the free booze and movies, I'm not sure], and once we got to the city and arrived in Brixton, where we were staying, there were people dressed up everywhere. They were more spooky than in the states, though. Make-up seems to be a bigger deal than the costume itself. It was 10:00 and the streets were rowdy... so I was quick to change into my costume. 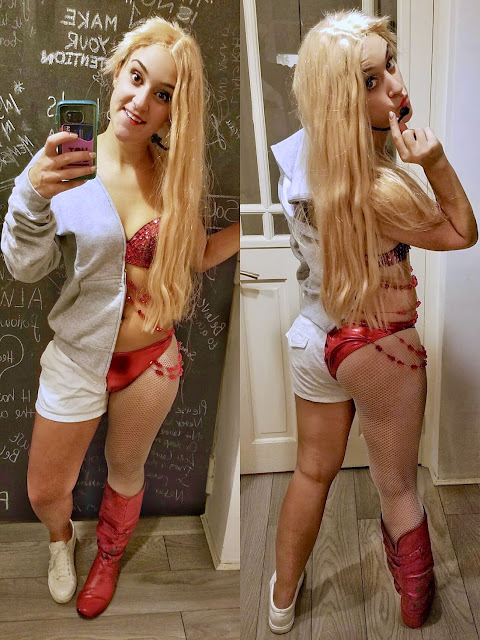 Hi, I'm Britney's comeback. Duh. Not only did I GET TO MEET HER, but she's had such an amazing year. One side is the night she cut her hair off, one side is her Billboard Awards performance. It may not be the most well-done costume I've ever done but the fact that I got it done and got it to London is a feat within itself. [Shout out to my Mommom who helped me sew the main parts together so it would stay!]

By the time we got out, though... it was sloppy. In fact, the main impression I have of London is the first impression I had in Brixton- people smashing bottles everywhere, not being able to walk but being completely alone in the middle of the street for some reason, awkward fights, and lots of cigarettes. Unfortunately, I've since learned that it's not the best place to stay, but ya live and ya learn. 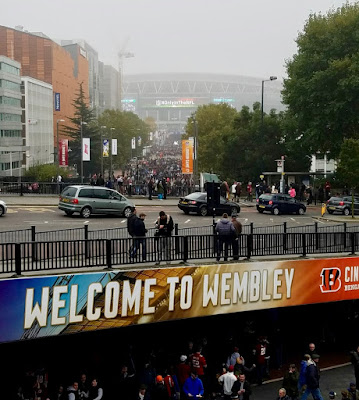 Being in a completely different continent where they don't really love football like we do, there was no way to have expectations for how it would go... but I imagine it was kinda like being at the Super Bowl. There were all different kinds of fans there, not just people rooting for the Redskins or the Bengals. And there were a LOT of people there.

The stadium was beautiful, the people were friendly [unless they were taking extra money from me without me knowing because ya know- pounds are tough], and we had some pretty sweet seats thanks to meeting Nick Sundberg, Redskins long snapper, a few weeks before. We were a part of the popular crowd- sitting with all the players' families.

It was unfortunate that the Bengals were technically the home team, but I wouldn't say they had more fans than us... nor did they have more talent.

Oh. A freaking tie. My first NFL tie was all the way in London. I guess that just checks off one more bucketlist item, or something. We celebrated by greeting Nick and then downing a lot of pints with funny people with cool accents. Turns out- the NFL IS smart. British people really are starting to fall in love with the sport! 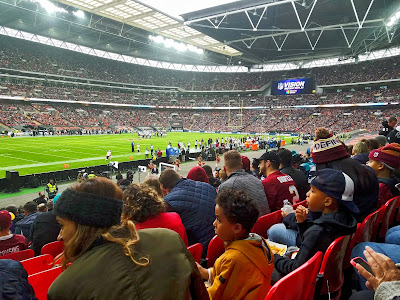 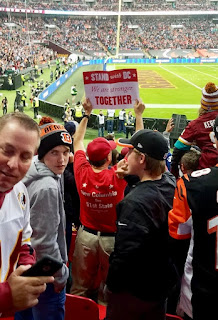 Day two in London- I learned that drinking too much of their beloved ciders while dealing with jet lag isn't smart. Migraine took over, and I didn't get out of bed until noon. THIS IS NOT OKAY. *CUE PANIC ATTACK, POP SOME PILLS, GET OUTSIDE IMMEDIATELY.*

Brixton during the day was pretty cool- a lot of markets to walk through, fun graffiti, and THE David Bowie memorial. People were stopping by with all kinds of flowers and gifts that the homeless people probably steal in honor of David. 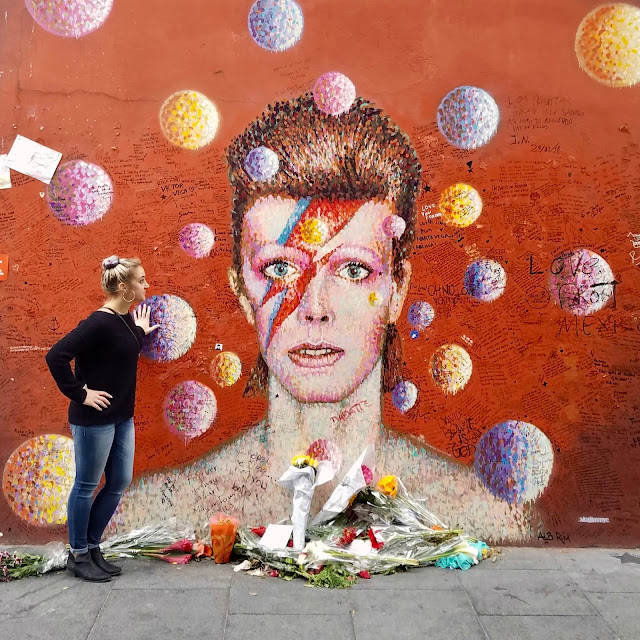 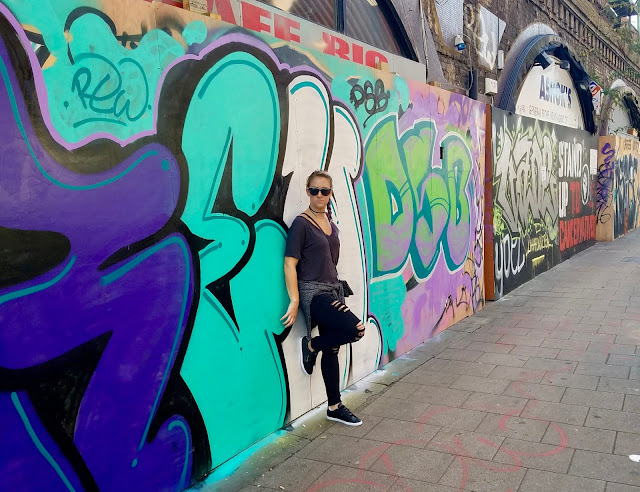 Did you know London is a pretty big place? There's a lot to see... and not just from the top of a double decker bus or inside a telephone booth that has since been turned into a wifi hotspot/pee stall combination. 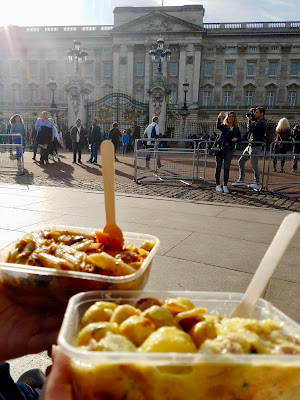 When doing my presearch for the trip, everyone kept saying to do picnics for lunch. While walking through a street market, we ordered some french food to eat in front of Buckingam Palace, which makes total sense except not really. It was neat to sit on some dirty stairs and watch people take all the selfies. It might even be my new favorite past time... just watching the possible captions cycle through in their head.

With limited time after that [damn you, Daylights Savings], a bus and quick walks over the bridges was the best option before stupidly talking politics with businessmen in an English pub. Just when I thought they'd all think we were insane for letting Trump run, they say THEY LIKE HIM. I guess that should have been my first wake up call.

The biggest shocker of London: The prettiest bridge they have.... it's NOT London Bridge! It gives you a view of the very boring London Bridge... but it's actually Tower Bridge. I forgive them for this confusion because I assume the original London Bridge that fell was extra great and because Tower Bridge was my favorite spot in London. 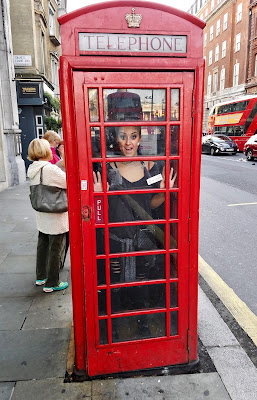 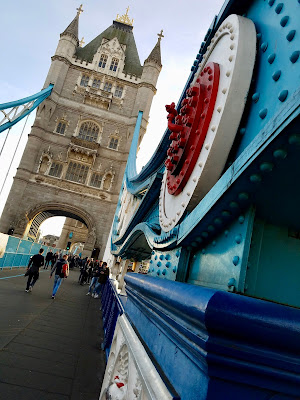 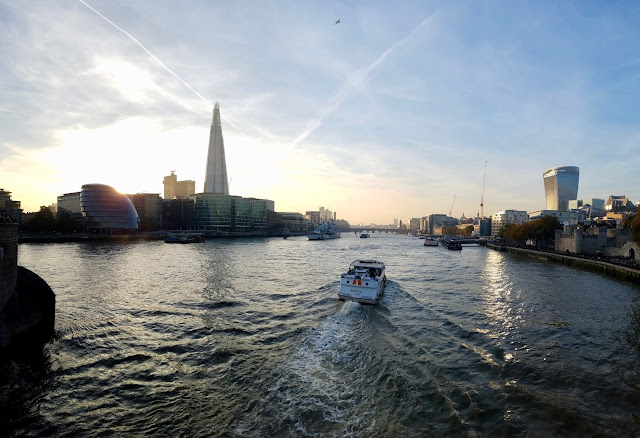 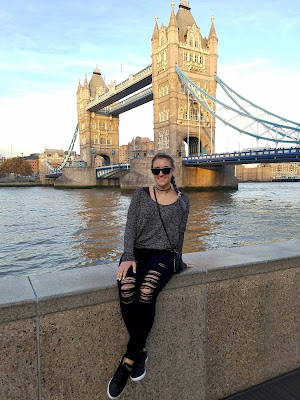 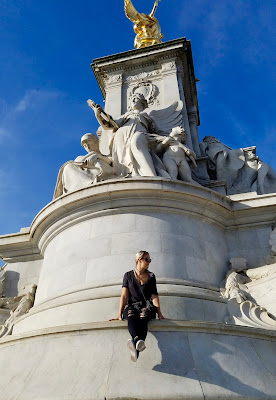 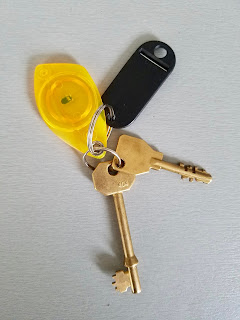 As for our home in London/Brixton, it was a cute little apartment with antique pieces everywhere. It was their home that they left for a few days while we took it over, which made things a little more awkward... but with super easy access to the Underground/metro system, it was perfect. Plus, look at the keys! They actually use keys like in the movies or fantasy lands! [CLICK THEM if you wanna see more of where we stayed.

There's a lot more that I missed within the city... but it was time to move on. Traveling within the countries in Europe is ridiculously easy. It's easier to travel within their countries than it is for us to travel within states or cities. LESSON LEARNED: Don't book a train ticket last minute. Like flights, they go up in price. We got a quick train to Paris for $180, but had to sit between the cars in fold down seats. It gets better when you just go drink in the food cart the whole time, though.

As for Paris- It was so much better than I anticipated, but more on that later Mr/Miss Impatient.

Right now I wanna take the time to point out how rude it was for the beers/ciders in London to tell me I can't drink as much as the boys. How dare you. 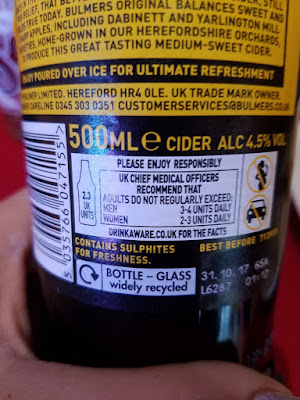 Although.... I did say too many ciders caused me to have a migraine so maybe I should just shut up right now....


PS... is the *we* and *us* and *our* sticking out to anyone else? It's weird, but it's true. There's an us now. I still struggle with the whole talking-about-that and sharing-too-much thing because... well.... relationships will always scare the s#!* out of me. This is a big step. That is all for now. You can stalk and learn more yourself. I feel awkward right now. okay bye.