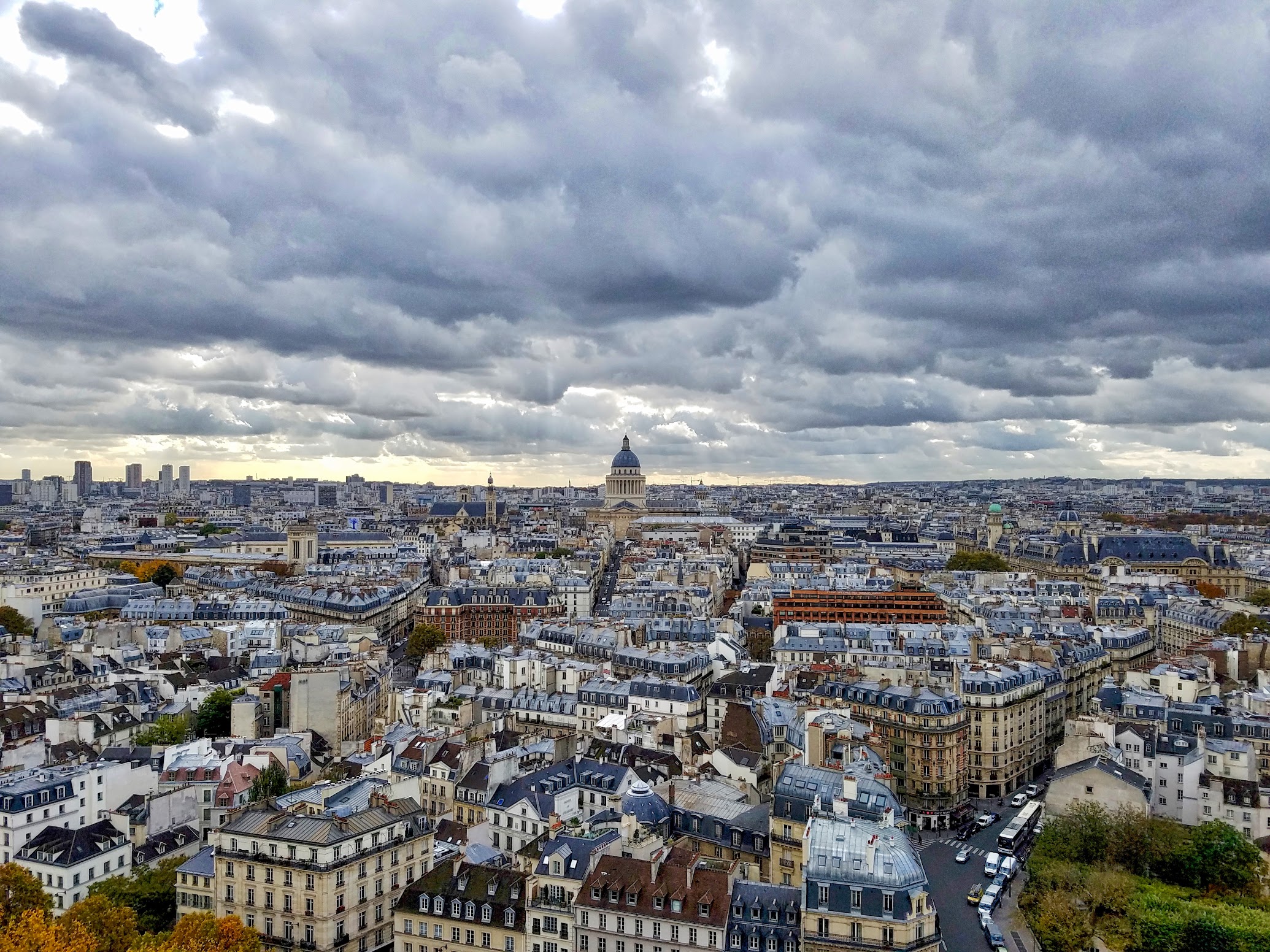 A month has passed and I'm still pretty sure a clone of mine was the one in Europe taking some pretty cool pics because it doesn't seem real that I went... especially to Paris. I've never had much desire to go there... the city of romance and art and fancy and also rudeness.... yeah, not for me.

I was being reeeaaallll ignorant. Paris was so much better than I expected. [This is why you should always keep your expectations low, kids. Keep ya happy!] 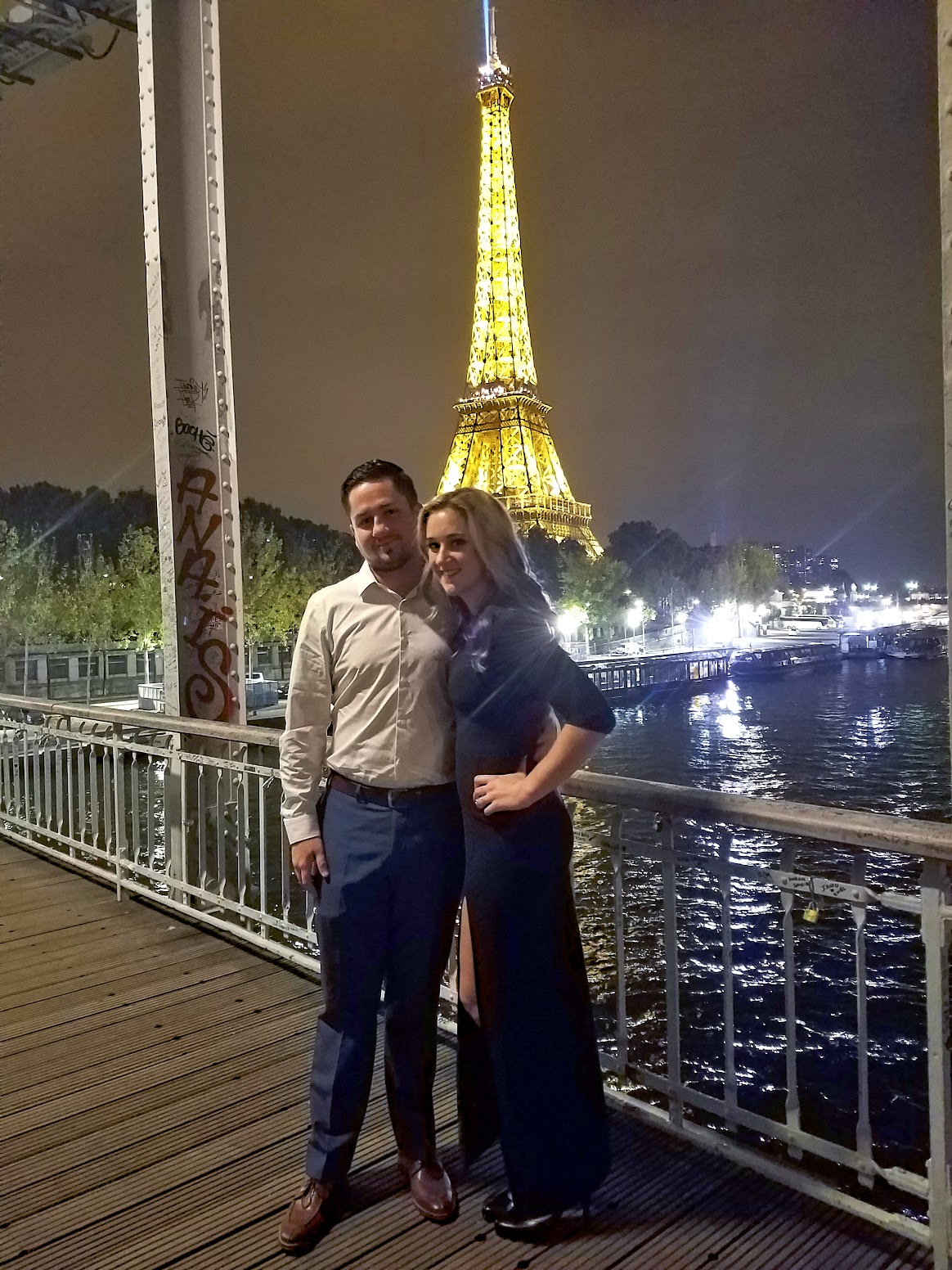 All that anti-romance, fancy, etc being said- HELL YEAH I was gonna be cliche AF if I was gonna travel all the way there! First thing on the agenda was a date night [insert extremely wide-eyed emoji here] by the Eiffel Tower, at a place called Monsieur Bleu.

Since you know I don't just go halfway with anything, I got dressed up in a black maxi [from boohoo] with a big ol' slit, and the table was stocked with French wine, baguettes, and one of the most delicious meals I've ever had- lamb chops. The entire time I got to watch the tower light up and sparkle through the window and... it was stupid. Like the good kind of stupid.

...until our server dropped a bomb on the beautiful city IIII call home. Homegirl had the nerve to say she had just visited DC and "....it was.... boring. There's nothing to look at." How dare her. 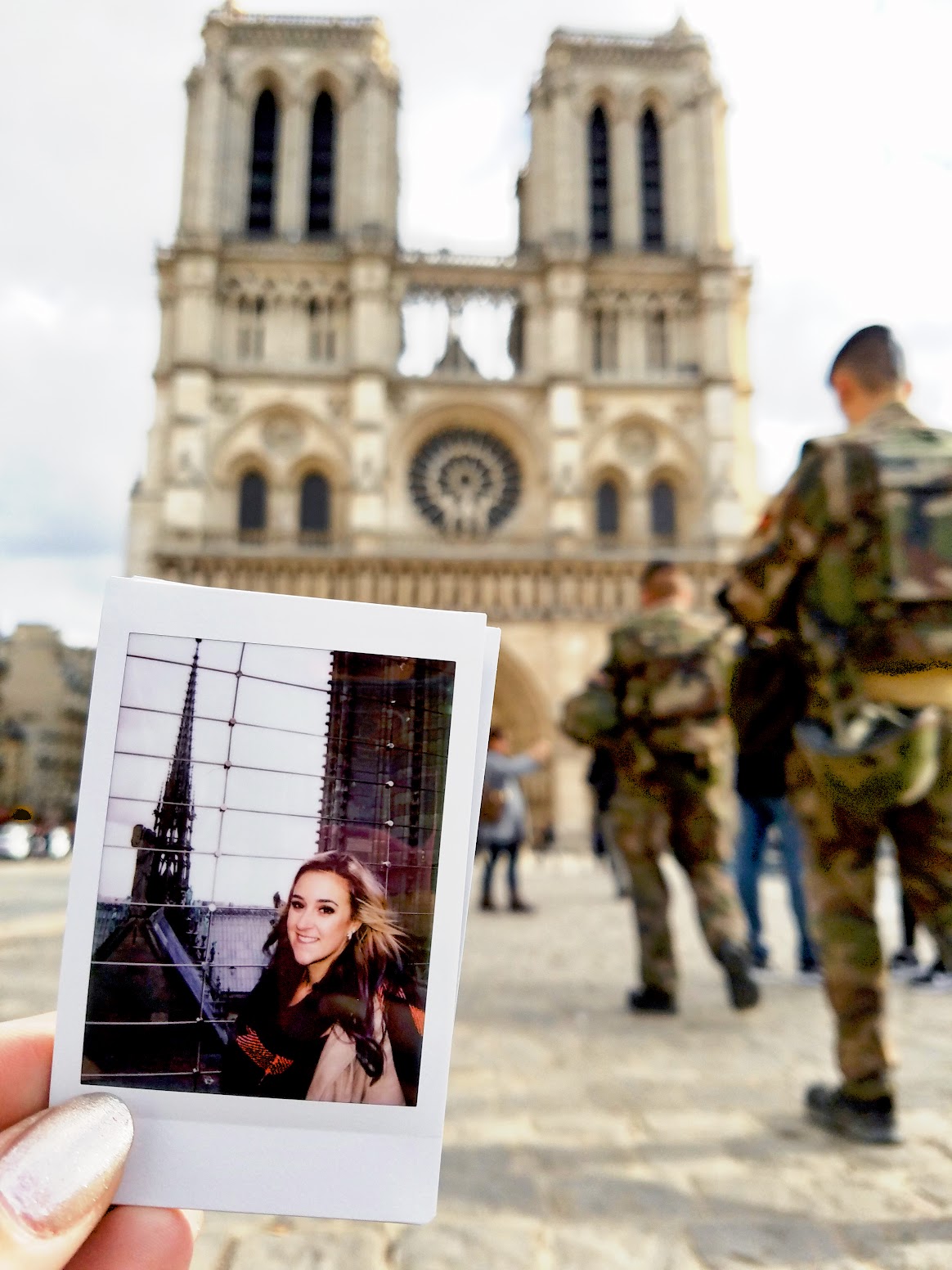 The next day was really the first day of the whole trip I had a FULL DAY to explore, and there was a lot of it. First stop: Notre Dame Cathedral. [The pic at the very top of this post was taken from the very top of the Cathedral... amazing.] I was greeted by a bird lady that I couldn't say no to. GIVE ME ALL THE FLYING RATS. PUT THEM ON ME.

I totally forgot that they had an attack a couple months ago [I'm oblivious, y'all... stop acting like you're shocked] so when full on Army men are walking around with machine guns and other craziness that I don't even recognize, I'm pretty sure I'm living in a movie, again.

Speaking of living in a movie, dramatic photos in the Cathedral are obviously a must. From there, it was a lot of walking around the city. Anywhere that looked like a big deal on the map, it had to be seen. I have no idea how many miles were walked but why take a taxi or a train or a bus somewhere when you could walk and take in everything you pass? [Like the huge billboards for some clothing store called REDSKINS, that had nothing to do with the football team.] Because I have the knees of an 80 year old woman thanks to thinking it would be fun to tumble and land on my knees instead of my feet growing up, resting was necessary... and might as well help the pain with some alcohol. There's something about drinking a hot, mulled wine in a park on a sunny day....

Actually, I'm pretty sure I was just in awe with the fact that I actually had time to sit, observe, and think for more than 3 minutes without checking my phone or getting work done or stressing about something. There was a peace that I felt in all the parks in Europe and it may have been the best feeling of the entire trip. 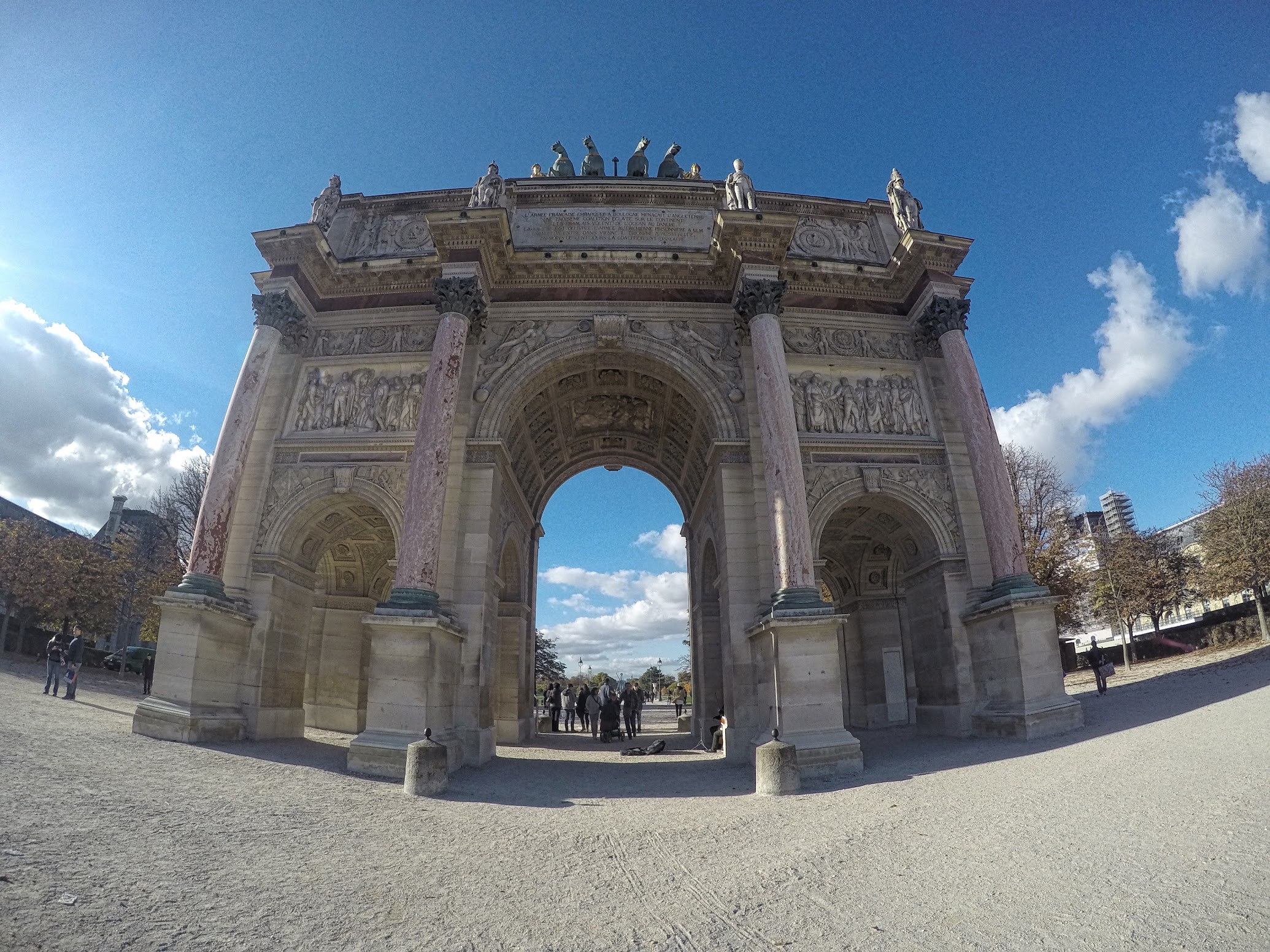 About a year and a half ago, people were going nuts over the original "Love Lock Bridge" being torn down... Which, yes. Even as someone who has never known anything about Paris, I knew about everyone making their relationship a forever one by putting a lock on the bridge... but I didn't realize that Paris is basically full of Love Locks. EVERYWHERE. On fences, gates, even simple chains surrounding a torch... I think the one above is the fullest one, though. It was fun to look at all the different types of locks on there. Look at that white one! And the huge iron heart!

Let me tell you about some guy frantically trying to get a lock off! Poor guy probably got his heart broken, was pissed off the world would read about this phony relationship, and needed it to be thrown into the river stat. I don't actually know if he succeeded in picking it, but if he did, hopefully he video'd himself destroying that to send to the ex-lover to prove how nuts he's been going.

Have I reached full gross yet? Just in case I didn't, let's make sure we cross that line.

Before we caught our ride to the airport to head to Dublin, there was one more thing I wanted to do.
Me: Let's get a bottle of champagne and drink it on the green next to the Eiffel Tower!
Me: Buys $5 bottle of room temp champagne
Him: Pops bottle in the park
Me: OMG THAT WAS SO LOUD OMG *crouches* OMG WE'RE GETTING DEPORTED THIS IS NOT OKAY.

Then we drank right out the bottle as a woman in front of us grabbed her kid and left. If you happen to be going to Paris any time soon, some more things that I did that I would be sure to have on your list as well:
Yeah that's actually all I got... I'm no Parisian champion. I couldn't even speak more than three words in French. Because of that, I had to awkwardly excuse myself from a cute little cafe because I was about to break down in anxiety tears trying to understand what a woman was saying.

Another huge thank you to everyone who gave suggestions on my Facebook/social media, though! It really made a difference in Paris, where I felt completely lost at first.

Posted by elizabethany at 10:53 PM