HOT 99.5 Jingle Ball. It's the biggest night of my year. It's like prom, or maybe even a wedding. MONTHS of planning. MONTHS of outfit picking. LOTS of dollars spent... for one day... that you pray goes smoothly, but rarely goes according to your assumptions.

In September, I was pretty pumped that I had an outfit I loved ready to go, only missing one piece. Then, come Black Friday, I go to try it all on again and realize I actually hate it. *cue panic* I ordered a bunch of things, mostly from Boohoo, and prayed one would work. Two days before Jingle Ball, nothing had arrived. I was forced to find something else. Instead of going to any of my usual places, I hit up the Rent the Runway STORE in Georgetown, and got really lucky when they had just one sequin jumpsuit left- in my size. [I knew I wanted pants and sequins before I even began shopping.] 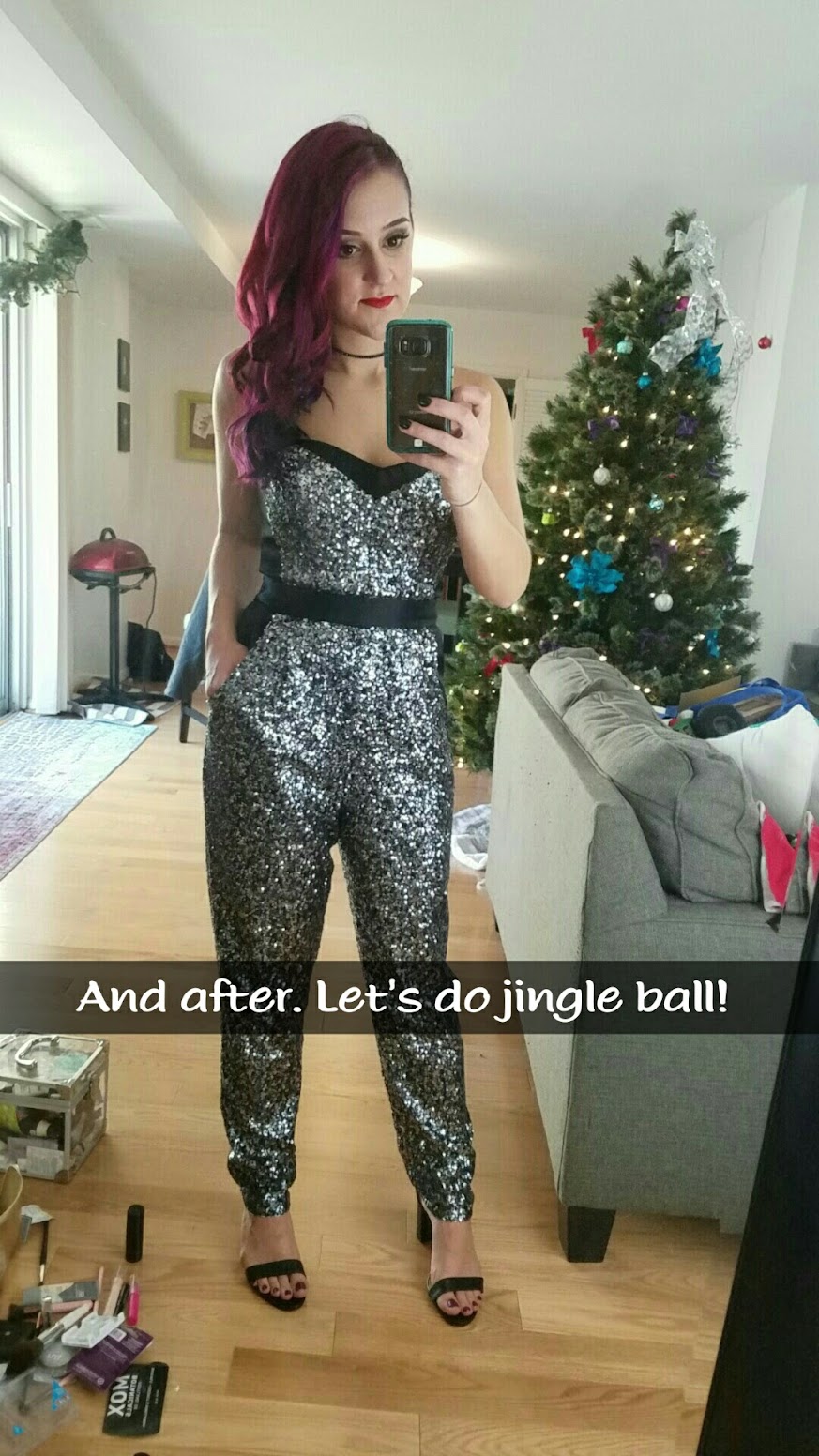 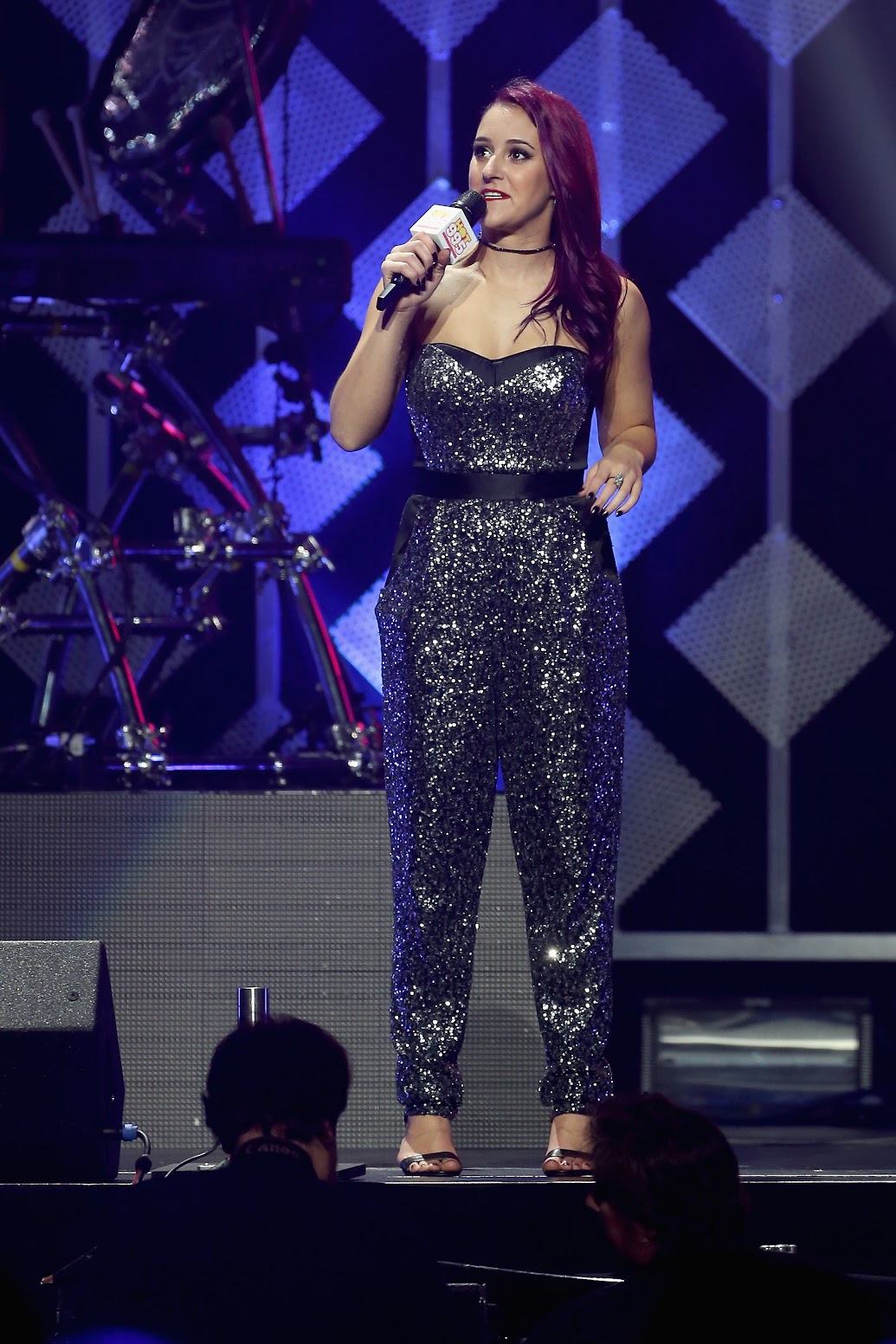 Damn, it's amazing what angles and a good mirror can do, huh?! 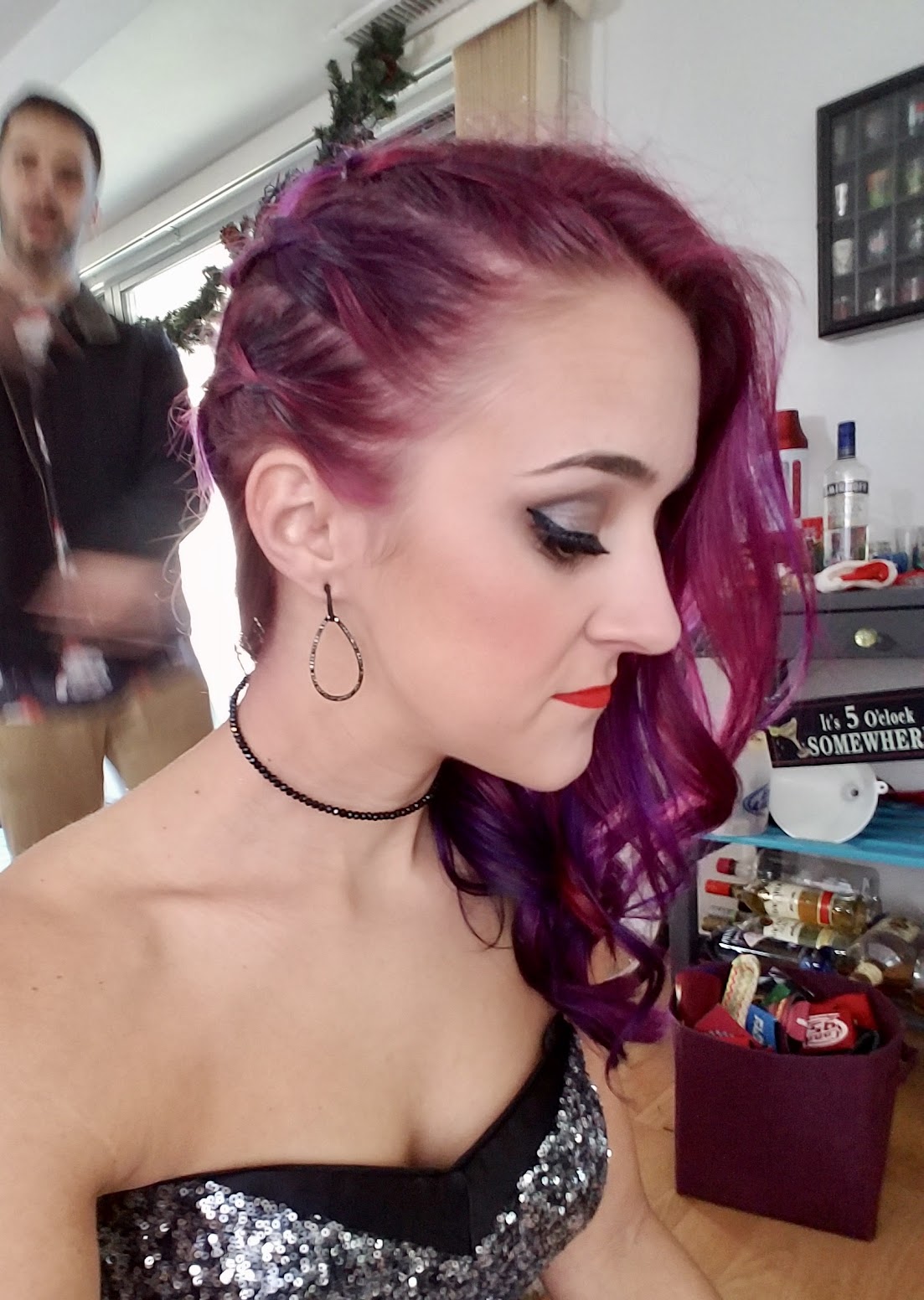 I picked up shoes from DSW, earrings from Charming Charlie, necklace from Forever21, and prepared myself to do my own hair and make-up. I was too devastated with how it turned out last year when someone else did it for me[I don't even like linking to it in reference but here we are]. Cue the waxed-up braids, curling wand, Urban Decay smokey eye, NYX red lipstick, some failed attempts at contouring, and stila mascara and I was really diggin' my look for this year.

I ended up finishing the look with a giant SACK this year [with flask inside] and gave out some random goodies to the artists backstage.

Machine Gun Kelly was easily the most appreciative [and just the most fun in general throughout the entire night], Ellie convinced me that she might actually use what I gave her, Daya was the first to practically throw it away in front of me, and Joe Jonas was the one to call me out for having holiday leftovers. Sigh.

Unlike last year, I got some time "on the couch," in the broadcast room with some of the artists coming in for an interview. My girl Alessia had more than an interview coming for her, though. Days before Jingle Ball, the Grammy noms came out and her name was not included in any of the lists. That ain't right. Luckily, I know a place with some good and quick trophies and we made magic happen.

OBVIOUSLY I wish she would have been as excited as Meghan was, but I get it- she's gotta play it cool and stuff or whatever. JUST WASTE MY MONEY ALESSIA IT'S FINE.

Tove Lo also came in and made it real easy for my to once again just talk about her boobs and naked body.

Diplo came in to talk about holiday parties, what you need, and to receive a gift of course. I also tried to get a preview of his after party but there was no predicting the clustereff of artists that ended up being on his tiny stage that night. I have no idea how he was able to perform under such conditions. This is a real HQ video, straight from Facebook Live because #variety #allthesocials #HOT995JingleBallbeTrending.


And when you have a duo of DJ/producers who made a dumb but catchy song about a Selfie, then turned around and made the year's biggest hits there to close the show, I HAD to stop them backstage. I cornered them after their meet and greet for a very professional game of Urban Dictionary... which they definitely beat me at but I'm gonna say it's because they have more experiences with *substances.* Maybe. Probably. #DJlife

There are so many other clips that I'm gonna have to post as Throwback Thursdays or something because... well... let's be honest. It's January 5th and I'm JUST NOW getting this entire post up. I'm behind on things... but to look forward to:


Finally, I wouldn't have ANY of this to show you if it weren't for my little brother. I'm sure you've heard of him once or twice. His name is Mike. 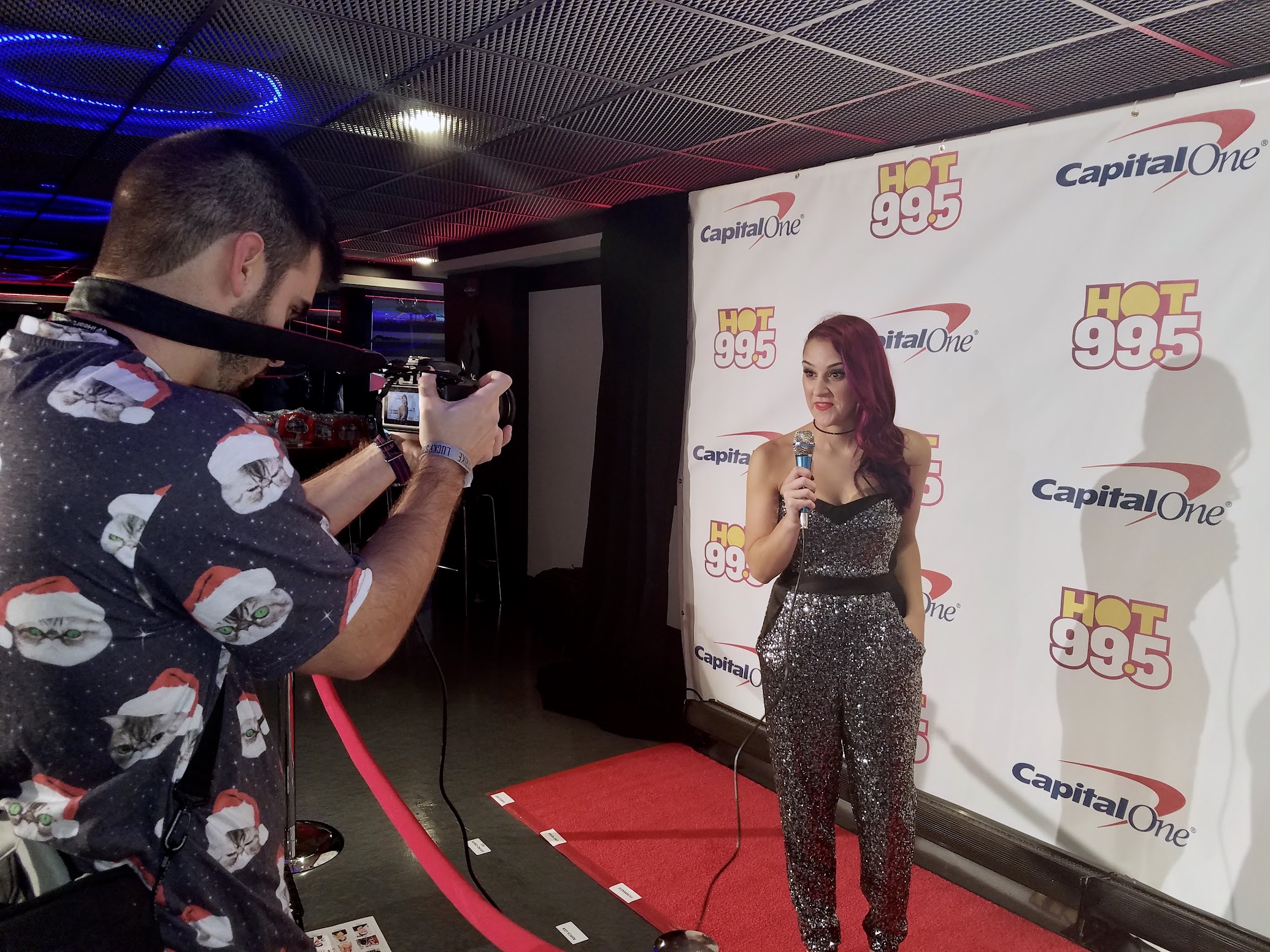 I was able to fly him in from Toledo to be my camera guy... but really, he's there to be my inspiration, my comfort, my focus-and-be-you-and-let's-make-this-great. Having him around reminds me to be myself, not focus on the camera or the fact that I'm "interviewing celebrities." I'm just a girl with a mic, genuinely interested in meeting these people who create good music and great shows. I know I won't always be able to have my favorite person next to me at big events, but it's hella nice when I can, and I'm gonna take advantage of it.

It's almost weird to even look back at all of this because it all happens so fast, you can't process it at the time. We're sprinting to the stage, then back to the hall to catch someone, then sitting and waiting for something to happen for 45 minutes, then sprinting again, losing something, forgetting something else, hitting record, and suddenly stepping out in front of 16,000 people. It's a rush that I never wanna lose the ability to feel, that's for sure.

So in 2017, my goal is to keep the rush alive. Create more opportunities to feel it. Share it more with you... and what I preach to you and myself every day: stop making little excuses for why you can't do something or why it can wait. Don't let anything wait. Don't push anything off. Live in the today and the now and make things happen.

PS: Never thought I'd get a sweet gif of myself and the Grinch on a huge stage at the Verizon Center but that's my life now.