watch/see: everything from our merry hot mess fest show

Some radio stations may call their holiday shows "Jingle Ball," but we like to get a little more fun [and real/ironic] with ours... we put on the Merry HOT Mess Fest!
The Ready Set [who performed at the MTV TJ finale!], Cody Simpson [15 year old Australian Biebs], and Karmin [from YouTube "Look At Me Now" fame, duh] all came to Norfolk to perform!

I've met/hung out with Cody and the Karmin duo before, and they were all awesome, so I was beyond excited to have them back! Karmin immediately commented on our awesome music video to their song and asked us to play a cover song game again. They're also really good at remembering fans they've met and making every fan feel special. I'm impressed. 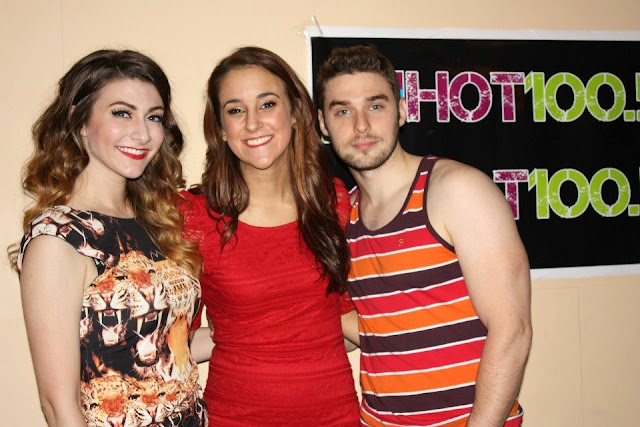 I also asked Amy why she doesn't do her suicide roll hair anymore, and whewwww, that set her off. She said she feels like an Indie hair stylist because everyone stole her 'do, so Rolling Stone asked her not to do it for the cover! Since then she's been trying to come up with something new to do!

When I saw Cody, I decided it was time to give his fans a new name to talk about other than mine. [They're STILL retweeting him talking about my name, and they say they're gonna name their kids Elizabethany! That just can't happen.] We tried.. and well... we need more help.

The entire show was just a lot of fun and totally enjoyable. Even though I was running around like a madwoman in 4 inch heels, I still had a great time [and fell in love with a new song I can't stop listening to- Karmin's "Comin Up Strong." Nick sings it!]! You can hear it and see all of what went down in the video I put together: [Make sure you have it in HD mode so it's better, duh!]


I also can't complain about listeners coming up and asking for a bajillion pictures between performances. It may have been my favorite part. 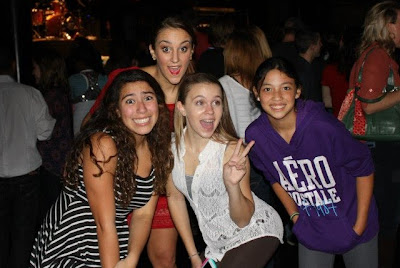 Every day I still think it's crazy that I'm getting to do a job I truly love, but days/nights like that one... Pretty unbelievable that I get to do this.

PS: To see more pics, click here!
PPS: To know more about my dress that I'm obsessed with, click here!