the real world dc: as we saw it, mike speaks his mind 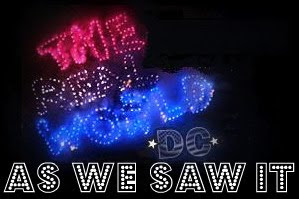 I know, I know... We're a half a week late. My apologies. [If you must know, there are some technical difficulties going on forcing us to use Skype instead of the studios, which makes it a bit harder.]

Anyway, it's time for another The Real World DC: As We Saw It podcast!

Last week's episode was crazy! Erika finally left, and Andrew stepped foot in the White House! [Did anyone else laugh uncontrollably at him throughout the whole episode?] We also did our usual chat, despite my somewhat intoxicated state thanks to St. Patty's Day.

Erika must be in hiding or something because she's been MIA since Wednesday, so we called Mike so he could get everything off his chest. I mean.. Let's be real. We know he was not very happy that Andrew saw Obama before he did.

By the way, he said his meeting/interview/audition went well! Everyone keep your fingers crossed for him and annoy him with "good luck" x 34987. :) I'm sure he'll love it.

Who should we talk to next week?? The episode will be about Josh and Mike mostly, from what I hear, but we haven't talked to Callie, Ashley, Emily, or Ty very much... What's your vote?!