Imagine that. I took forever to do a much needed update. 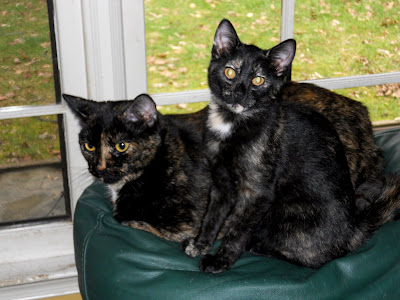 Ah! No. They didn't die. They flew the coop. Found new people to give their love to.

Am I the only one that finds it terrible that twins had to be separated?! They're not even in the same town anymore. What happens if they grow up and happen to run into each other in the woods and discover they had a twin and forgot! Yikes. Traumatizing. I can only imagine how much they'd rebel after something like that.

I'm not okay with it, but Great Grandma and Great Grandpa were pressuring me to get them outta here. How rude.

Another thing I'm not okay with: Schnook's new name--> Rhet. 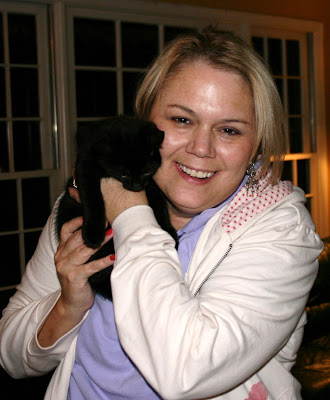 What the heck!? They said he seemed smooth, cool, calm, collected. False! The all black kitten that I knew was a badass who never stopped running around like a mad man! Hmph.

He got a good home, though. One of Mom's stamping friends [yes, they have stamping parties here at the house and make all these crazy cool cards and scrapbooks] is a fellow crazy cat lady, but worse! She had four cats, and one was about to die, so she was uber glad to have another baby to add to her collection.

Pandy is now known as Harley. Unfortunately, like I said, Dad did put her on Craigslist. Can you imagine having to put your daughter on the Internet listed as FRE 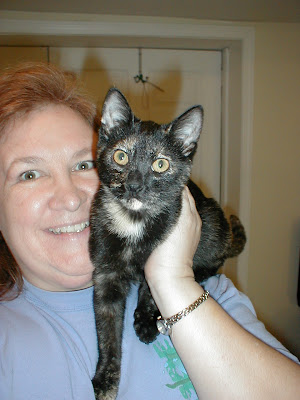 E because no one wants her?! I have never felt like such a terrible grandmother in all my life.

Thankfully, she decided to keep her and deal with her "issues." Until today. She went in to get spayed, to find out she had to go to the cardiologist for $500, or risk the surgery that she might not make it through.

The end result: They risked the surgery, and Pandy... Err, Harley.. Is going to be just fine! For now. She's a young girl with a heart problem, but she's loving the spoiled life with her new mommy. 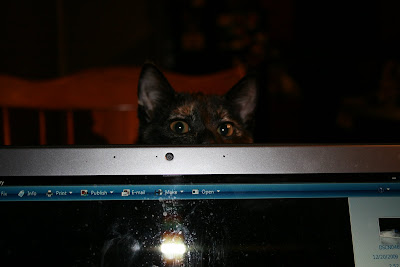 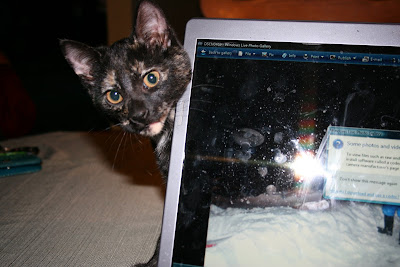 I can only assume one thing: Baby Daddy was outside waiting. That little smut. He better not be dealing her drugs, too...

Why I say that: JoJo has been acting weird again. She's following me everywhere, making noises, throwing up, and gaining weight. That can only mean 2 things: Drugs, or... *gasp* She's preggers again.

For my sake: I hope it's drugs. I'm pretty good at convincing others to say no to drugs. Also- I'll be dead if more babies pop out of this pet of mine in my parents' house.
For Baby Daddy's sake: It also better be drugs. He's going to be needing to make money to pay me after Maury Cat and I are done with him.

For now... We can only wait and see what will happen. Yikes. 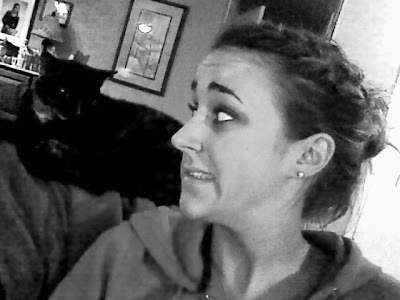