beyond the real world cameras: not just sex with jessica 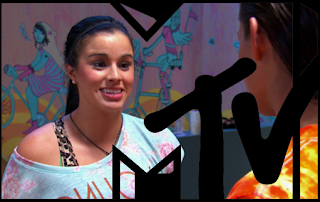 Finally, I had Jess on the show! Ever since people went bonkers on my first post about her, I've wanted to get her on so she had a chance to say what she wanted about it all. I've also been intrigued by her simply because of the innocence she has on the show.

I wanted to dig in and see if she really is afraid of sex stores... if she has a kinky side we don't know about...
I also asked her opinion of Nia [who she described as her "Fairy Godmother"], and why she kept saying the fight with Anastasia and her boyfriend was "so scary."

Of course I also asked the all important question of what we haven't seen. Turns out we're missing a whole side of Jess.

Like Marlon said last week, it's kinda shocking when I talk to someone like this because my friends and I are always so open about our sexuality and adventures. When someone's a little more old school about it, I'm literally a little speechless. Maybe they'll save the integrity of America... if that's what we even want.

PS: See ALL of my Real World interviews here!