beyond the real world portland cameras: answers with averey 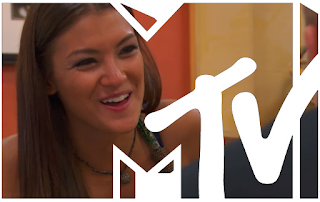 FINALLY I got a podcast set up to get a closer look at this new-ish season of Real World!

You all voted for her to be the first one, and I [eventually] made it happen!

Of course I had to ask her about the details of her and Johnny getting together, but I also really wanted to know more about her roommates. Is there any realness to Nia? Is anyone's sexuality questioned throughout the season? What is Jess like in person?

SHOCKING!: She says Jordan isn't as big of a douche as he's portrayed. I find that hard to believe, but I'll try and take her word for it for now.

I always liked Averey, but after talking to her.. she's one of the most real, and dare I say normal roommates I've ever talked to. She doesn't ever seem to be exaggerating something for a camera or an interview, she's just being her. And "her" is cool.

Next week/time I wanna get even deeper into some of these crazy people, so comment or tweet me with questions/comments. I have a feeling we're gonna need to know a lot more than what's being shown pretty soon.

Ughhh! Please don't get Whoresica A.K.A THe fakest girl on Real World History on this. She can stay hooking up with Trey, it was confirm by Laura 2 days ago that she actually did and it wasn't a lie of Knight since it wa confirm by other people that were also on the challenge.

Averey is my favorite.
Nia seems like a bad girl reject
who is Joi?javascript:void(0)