it's back! watch the real world: portland trailer and meet the cast!

It feels like it's been forever since it's been Real World season! I've felt so out of place... but! It's time to get back in action! 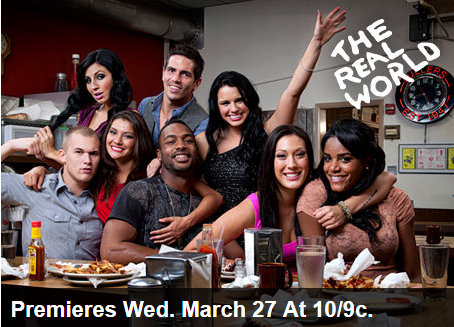 Judging from the bios on the site, we have another group of people that have very troubling pasts and family issues that are obviously going to be brought to life in the show. We also have a very tall set of girls, if that intrigues you. If it doesn't, you should know that it's the girls that are clearly going to be causing the trouble this season.

The trailer officially debuts tonight during Catfish, but that's too far away.


There's a solid amount of hitting in there... and a solid amount of serious issues being brought up. That's everything a Real World fan wants in a season, right?! Oh, and a relationship, duh. Only question is: Where's the gay?!

I've chatted with some of the roommates randomly, so I think it's fair to say I'll be getting some podcasts up early in the season. I'm hoping Marlon and I become BFF.

Also, I'm still having a bit of an identity crisis with Jessica. Everything I've read about her on MTV's website, and after talking to her, she seems like a genuinely nice person. Still, people are feeling the need to blast her in every way on my website. If all of this hate is because of a couple mistakes she may have made in her past, I'm going to lose my mind. MOVE ON!

Now I must ask you: What do you think of the first sneak peek?! Excited? I GOTTA KNOW!