an ode to now cd's: 20 reasons why they're da bomb 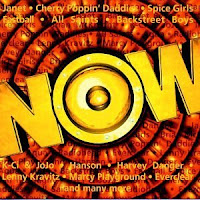 SAY IT AIN'T SO! Rumor has it NOW CD's could be coming to an end after nearly 30 awesome years.

I feel like their credibility or coolness has faded over the years, but I'm here to remind you how awesome they really were, especially the first 20.

Here are 20[+] reasons/proof with their corresponding editions of the United States' "NOW That's What I Call Music!" CD.

And if that isn't enough to remember its awesomeness, you should know that NINE BACK TO BACK CD's had Justin Timberlake music... whether it was NSYNC or solo. That's just beautiful... and proof he needs to get his ass back in the studio.
love,
elizabethany