Tweet If you've been a reader of my blog for a year or more, you know one of my favorite things about the end of the year are all the "Best of" lists that the internet comes up with. 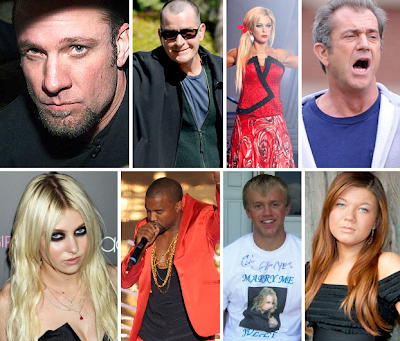 Okay, so maybe I added Taylor Swift fans and Amber from Teen Mom on there, but they obviously deserve to be! Somehow they were forgotten.

On E!'s list:
Obviously after Amber Portwood's brawl with Gary she needs to be up there. And I'm just givin' all you Taylor Swift fans a hard time. You know I love ya, right?

Who would YOU add, though? Obviously these lists always leave some people out, so who are you thinkin' was the ultimate doucher this year?

Posted by elizabethany at 12:21 PM