britney spears: airbrushed vs not

Everyone's freaking out about the crazy airbrushing that has been done to Britney's Candies ads. In order to show she's proud of her body and "flaws," she released the pictures before they were Photoshop'd, and now no one will let it go. 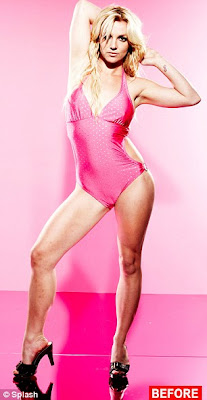 So they took out her camel toe, made her a bit skinnier, and lost the cellulite... So what?! They're going to do that with anyone in ads.

I think she looks pretty freakin' bangin' in the before pictures. She's certainly come a long way. I think what looks the worst is her face or hair, but even that is still not nearly as bad as it used to be, or as bad as others!

Let's compare her to Heidi Montag: 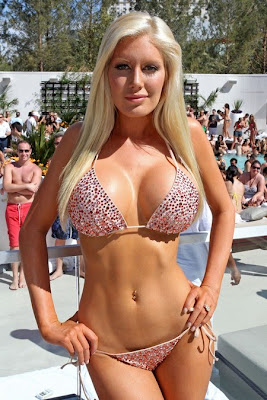 Who would you rather have/be?!

I'm glad she released them. She's a real person and she's doing a lot better than before! Rock on, Brit Brit!

You forgot to put your bikini picture up and a option to vote for you. I would have picked that over Britney anyday.