jerry springer is back on tv

There's been a major void when it comes to television since 2007. 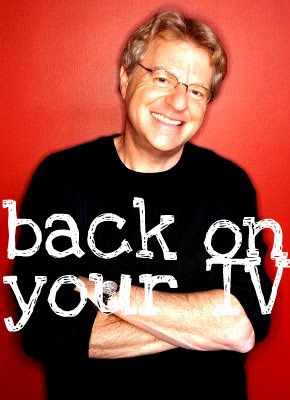 Yeah, his name is Jerry Springer and he brought some of the most ridiculous acts to everyone's TV.

Now, he's coming back to host another show dealing with people who date!

Unfortunately, I don't think it'll be nearly as interesting. It's going to be on the Game Show Network and is called "Baggage."

Apparently three women will meet a man and confess their "baggage," and then hopefully win a date with him.

Hmm... Sounds pretty LAME to me. I don't even think I'll give it a chance. Let me know if you do, though. It debuts April 19!

Email ThisBlogThis!Share to TwitterShare to FacebookShare to Pinterest
Labels: 90s, back then, jerry springer, tv