Alright... It's time for me to take a moment of your time and talk about me, myself, and I.

You see... As of last night, I've officially been on MTV 3.5 times, and I think that's reason to celebrate. 3.5 sightings on MTV practically makes me a celeb... especially since they were spread out over time so my 15 minutes never let up.

Yes, I finally made my debut on Real World: DC! I can finally prove that I was there for all these things I showed you, and not just hiring someone to do it for me. Lance may have gotten a little more face time but let's not forget the "no elizabethany's allowed" rule.


If you're wondering "how is she counting 3.5 times?!" let me explain.

It all started when I was a junior in high school and my wildest dream came true: I became a TRL VJ. 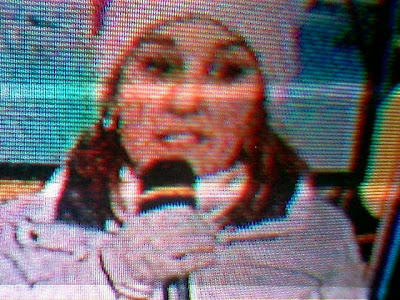 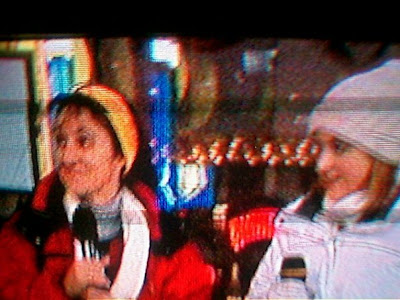 [Okay... So it may have only been for 10 minutes and to introduce "Holiday Inn" by Chingy, and talk to Vanessa Minnillo about how cold it was outside, and I may have stuttered big time, and my mom may or may not have been there with me..... but it still counts!]


Many of you may not know about my Making the Band obsession, but it's pretty ridiculous. My fellow stalking BFF and I [who you saw in eTV's episode 1!] went to their concert in Baltimore, found out which hotel they stayed in, waited for them, met them, then hung out with them. [I guess now's a good time to tell you RWDC wasn't the first to be stalked by ebethany....] 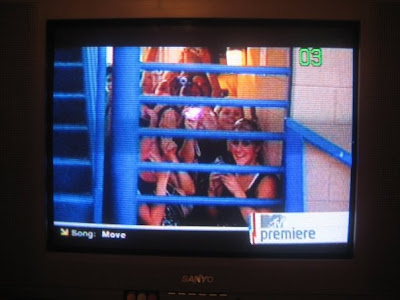 Of course my third time was last night. I guess I'm getting less face time each time, but I understand... I know how to share, it's okay. I'm still going to be excited. 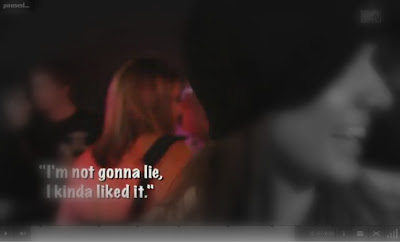 Plus, I'm mostly pumped that the Flip was super prominent... 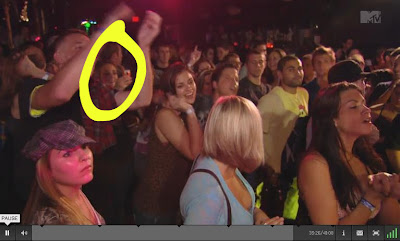 And my partner in crime was practically the main focus... 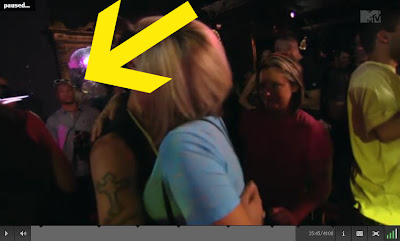 As for my "half-time," well, that happened a couple weeks ago. I was on MTV.com for our weekly Real World DC chat! That totally counts as being on MTV, but not a full tally. Fair, right?! 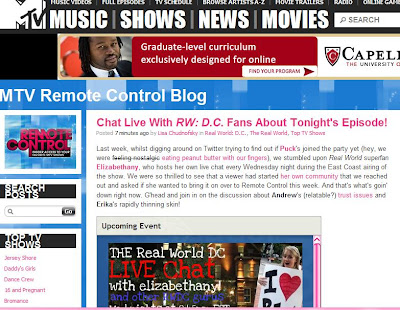 So, I'm sure you can agree with me; EB= no stranger to MTV. Don't worry, I'm not one of those mean celebs. I'll sign an autograph for you any day.

PS: /cockiness.
PPS: Dear MTV- If you'd like to officially add me to the team, I'd love to talk business with ya. Just sayin'... love, EB ;)
Posted by elizabethany at 4:12 PM