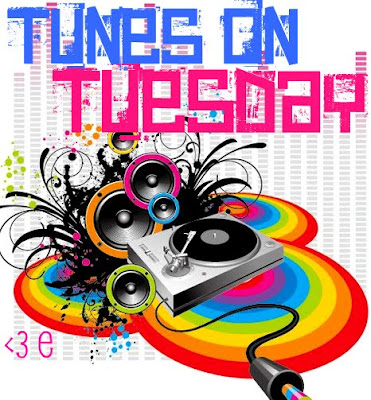 WAHOO for Tuesday! Time to get some new songs! LOTS of videos today! [Thanks to The Hype Factor!]

I. Love. It. Maybe I love it because I love that it's Toni Braxton AND Trey Songz, but it's a really pretty song. It reminds me of the old stuff. The good stuff. Ah. Obsessed. And so what if Trey's voice is higher than Toni's?!

Love this too! It's very genuine of Janet, don't ya think?! Greatness.

Hmmm... I can't decide how I feel about this song. It's not bad, but it's not living up to the past couple I just posted, for obvious reasons. It feels like a day of comebacks though, doesn't it?!

Diggin' this video, big time! It just works. He definitely made sure to squeeze in that dance number, too.


Michael Buble--> Haven't Met You Yet

Michael Buble is good. He's refreshing. I enjoy, in a chill kind of way.

Ohh I can totally get down to this! I enjoy! Is it bad I wish Britney would have done it, though?!

Another name we haven't heard from in a while, and another Carter brother! He's gotta make some money for all the back taxes he owes! Flo Rida makes any song good... I don't care what you say, it's true.


Adam Lambert--> Whataya Want From Me

Here we go.. Someone new. He's totally been American Idolized, don't ya think?! Maybe he likes this music, but it's not what I saw him creating.

Steve Helms Band--> Between You and Me
I like this song, I think. It's slow, but it's pretty.

Darius Rucker--> Candy Cane Christmas
I'm anti-Christmas-music-before-Thanksgiving, but it's Darius Rucker, so anything is allowed.

Love and Theft--> Dancing In Circles
I heart these people. This isn't as great as "Runaway" in my mind, but I do like it. The violin adds a nice touch.

Zac Brown Band--> Highway 20 Ride
Must be a slow song d
Posted by elizabethany at 1:38 PM