Finally Khloe Kardashian looked at her sisters and said "Yikes! I'm the fat one!" and did something about it.
In fact, sissy Kim helped her lose 20 pounds so she could look good again! Or... So she thinks, anyways. She's even flashing her new body on the cover of Life & Style. 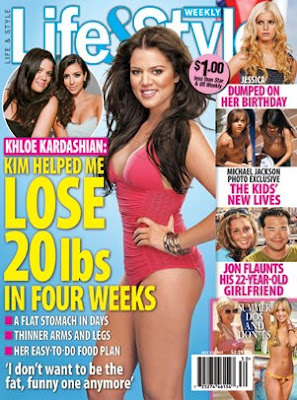 The thing is, I think she looks good, yes... But wasn't she always saying that her butt was bigger/better than Kim's?! My opinion is that the lower half of her body is incredibly awkward. 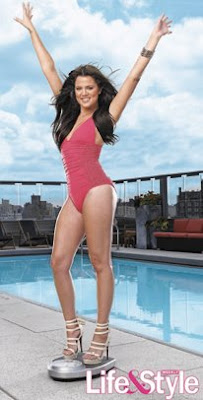 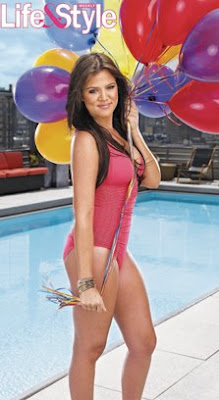 Maybe it's just the pictures, but it looks a little saggy and Grandma-ish. Her poses are also incredibly awkward.

She does mention being picked on for being the fat one in the article, so I guess she did know. I think she's also the least attractive in the face, too, but this weight loss did help a little.

What do you think?!

For the record, I still think that Kourtney blows both Kim and Khloe out of the water.

My favorite thing about the Kardashian girls is that they represent the real figures of most women - curves and thighs with slender waists! I think Khloe looks geat but her head is SO BIG! I swear it is her face/head that makes her look heavy!

aww kim paid for her lipo?