One thing I like to talk about with most artists: What they were teased for or the crap they had to go through growing up. It happens to all of us in one way or another, and I think it's good to hear about how these people that you may look up to have coped with it in their life. 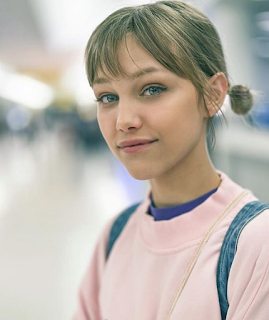 Grace VanderWaal, who won America's Got Talent in 2016, is a girl WAY beyond her years. She's confident and sassy and crazy smart... so she's already got it figured out [mostly] at the age of 13. It wasn't always that way, though.

Grace said overcoming the things mean girls would say was the hardest thing she's ever accomplished... but that she thinks the word "bully" is overused. I think that's important to note. A lot of times people say they're being bullied, and it's a new synonym for teased. I still haven't figured out if it's the way people are raised now or if it's the Internet or what, but we're fast to cry "BULLYING!" That's not to say people AREN'T being hurt by what other people are saying or doing... there are just levels of it all, and somehow we need to be able to figure out a way to differentiate between them, AND how to teach people to deal with all the different levels.

Anyway, hear it all from a 13 year old who probably has plenty of it coming her way in the future, but it seems like she'll be able to handle it just fine:

Also, if you haven't listened to her music, you're missing out. It's really good, and there's no way you'd know it was a 13 year old if you had never heard of her.