what i wore this wedding season 2017

Friends getting married > friends having babies. I'm all for the dancing and eating and the open bars and the reason to go shopping and get all dressed up and make personalized gifts [more on that later]. Sometimes I'm even all for the traveling it requires.

This year was a good year. THE best friend got married and so did some of his best friends and his brother. SO MUCH PRESSURE.

There has never once been a time that I felt like the best dressed guest at a wedding, but I learn each time... kinda. Still, I seem to think you care about what I wear to these events so here I am posting these terrible cell phone pics again. I'm such a professional.

WEDDING ONE, on the water in MD, in May: #darrlybeloved 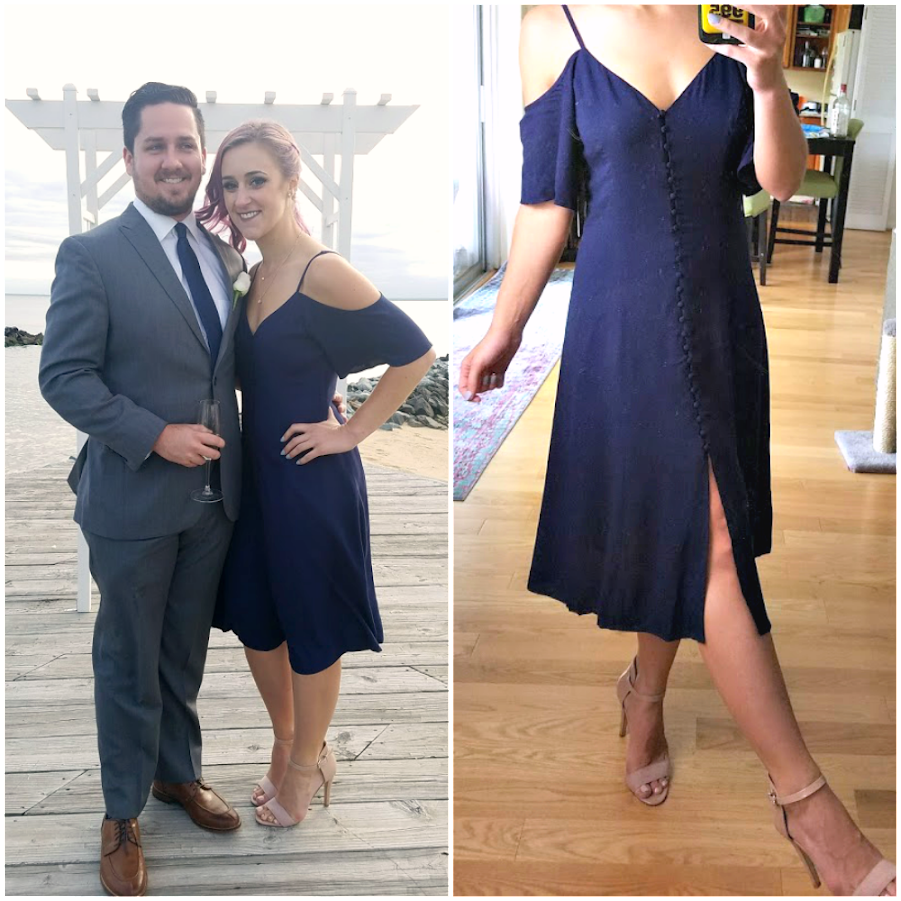 I'm pretty obsessed with this dress from Forever 21 [and the Charlotte Russe shoes that I wear to every wedding every year], even though it seemed pretty out of my norm. It's the right amount of trendy and appropriate for a wedding. It may have been better for the more fall-season wedding, and maybe I shouldn't have looked like one of the bridesmaids in navy blue... but damn if my make-up wasn't on point... 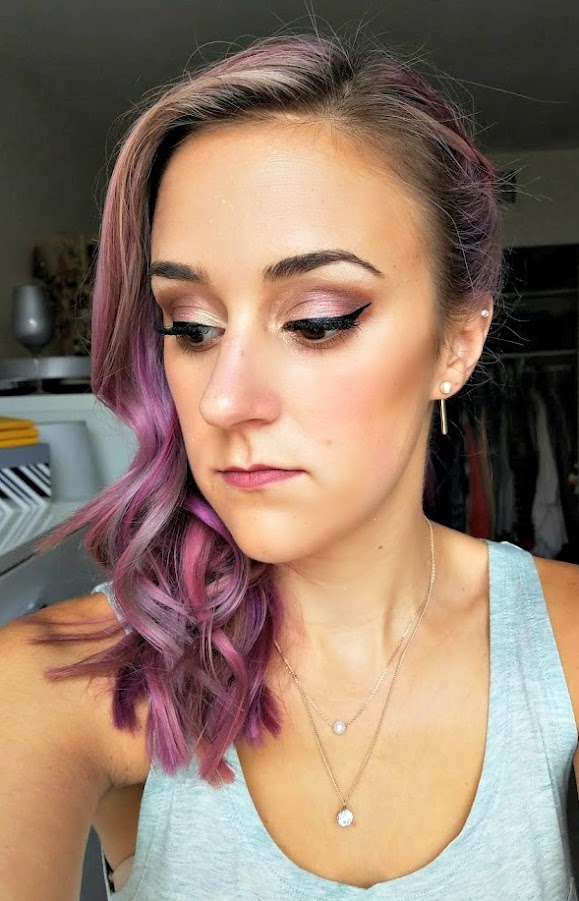 For each wedding, I just did a blend of the NAKED3 palette and an awkward attempt at contouring.


WEDDING TWO: Maid of Honor in SC, in June. #partyharding 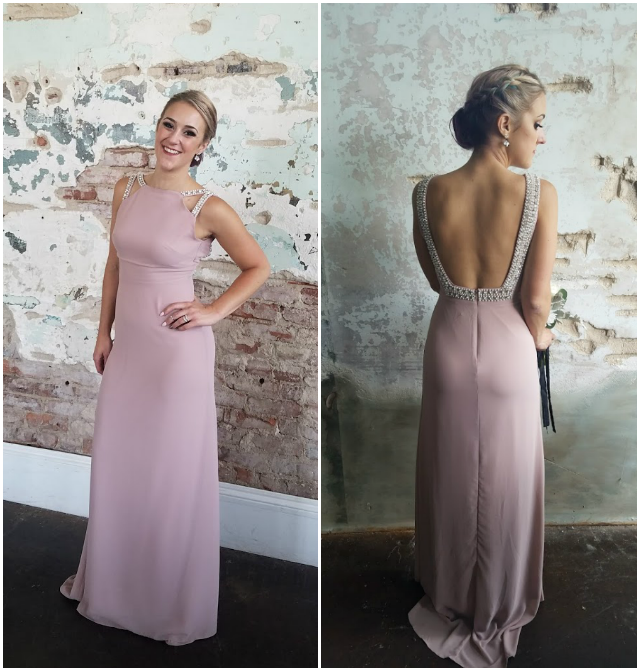 I've already posted all about this dress and all the dresses I tried on to pick it, but thanks to her photographer, I have better pics of my hair.

Whenever I do an updo, I throw in some braids, then finish my make-up, then figure out how much time I have to create something with the rest that isn't in a braid. I had five minutes, so I did a quick topsy-tail, bobby pinned some pieces, and prayed it looked good because I never look at the back of my hair. After seeing these pics, I'm amazed by how good the rainbow looked!


WEDDING THREE: Outside in upstate NY, in August. #hughesidos 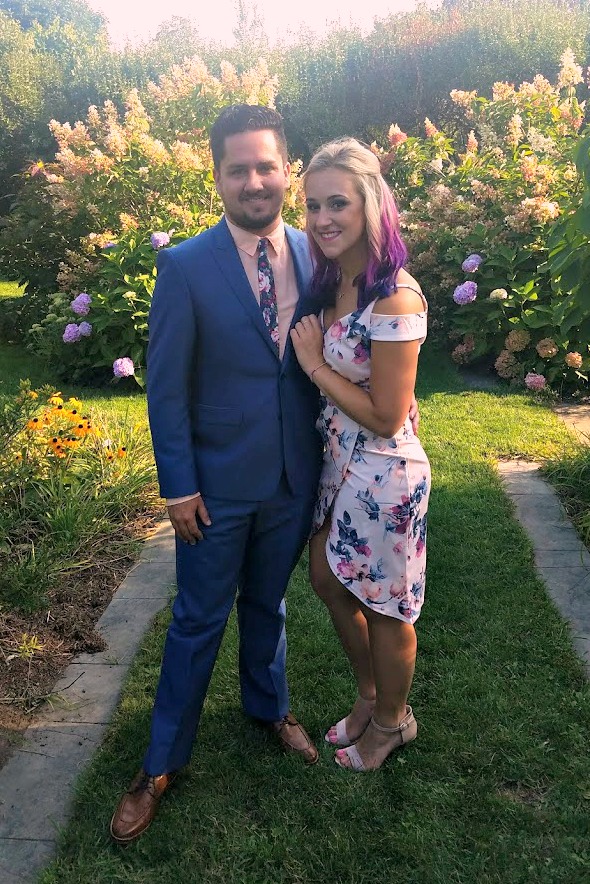 
WEDDING FOUR: At Pinstripes in DC, in September. #yeswayjose 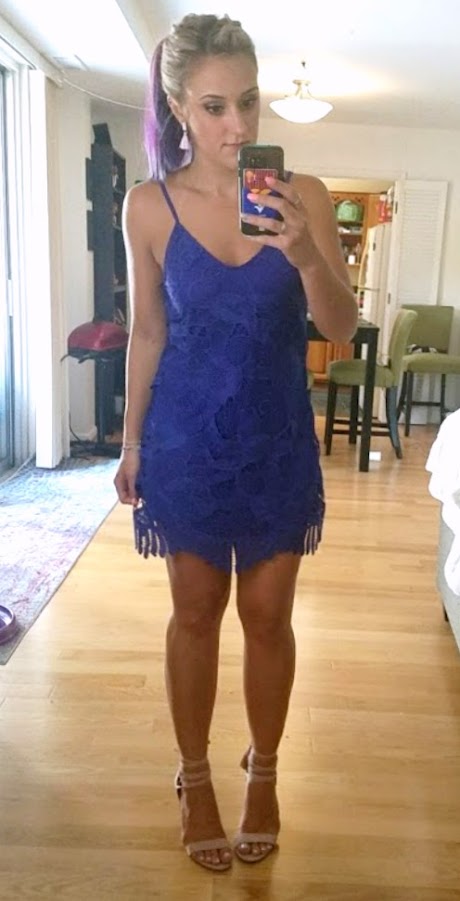 An Express dress that I thought was simple and fun enough for a wedding at a bowling alley, but with the amount of compliments I've gotten- I need to wear this more often! I finally switched up the shoes for blush wrap around heels from JustFab, and blush fringe earrings that I bought at Target 90 minutes before I went. I'm gonna need to update this post with a close-up of these things.

I normally allow myself an hour to get ready after a shower, and soon I'll need to admit to myself that's not enough time to do hair, make-up, put on the right jams, make some pre-wedding drinks, and gather my things before ordering an Uber. I did another version of a side braid then had to straighten the pony because I convinced myself that sleek was cute [and I was almost running late].


Maybe next year I'll re-wear some of these dresses for a wedding. lololol JK. A more realistic thing would be trying to find some friends who will trade with me. Isn't that a genius idea?! Swapping dresses you've worn for weddings?! WHO'S IN?!

You look gorgeous in a pink dress, and your hair style is really pretty. I will try this hair style, I have a collection of Alysse Sterling Dresses you should try these.

Your eye-makeup looks very pretty! I love the winged eyeliner.
OMG, you look gorgeous in that dress as Maid of Honour at Wedding Two!!!
The NastyGal dress at Wedding Three looks very pretty too.
I also love the colour in your hair - the rainbow does look fabulous, and you looked beautiful in all four wedding outfits!

You look so pretty!! I can't imagine a single day without my makeups. I believe makeup is an important part of women's life. I love to use makeups & my Liquid Matte Lipstick everyday.

The manager was prompt to respond to any question I had, patient with all my bridal anxiety, and most importantly, the entire wedding was managed flawlessly (as was our rehearsal). The food at Los Angeles wedding venues was amazing, and the venue was gorgeous.