video diary: my trip to jamboree in the hills, a country festival

After last year's quick trip to Big Barrel, and then it being canceled, I knew I had to get a new country festival to go to. A TON of them kept getting canceled, but Jamboree in the Hills claimed to be the oldest and the easiest to get to so BAM. I was going.

I looked for an RV, found a bunch of Mountaineer friends, bought way too much food and just enough alcohol, and hit the road for Belmont, Ohio. AKA Bumf***.

We got lucky and parked near some horse friends, and with a quick walk down the parking lots, found families with a legit pool setup. That's what's so fun about these things! You meet interesting people [who try to jump into a pool and totally fail]. 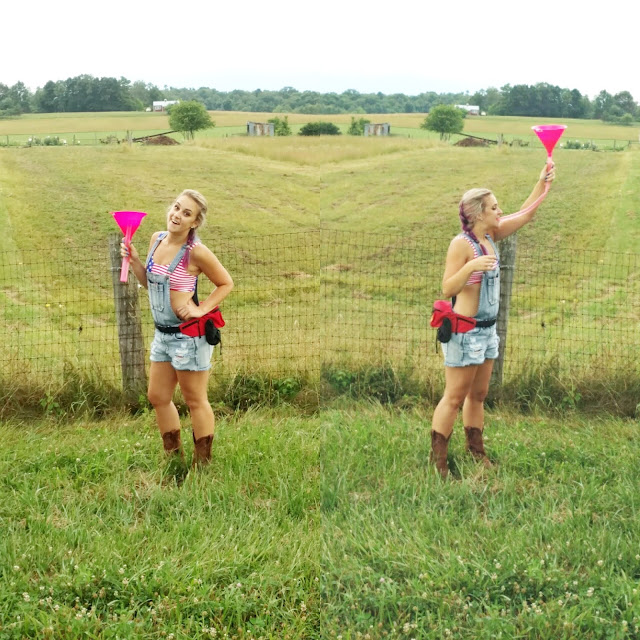 First order of business upon arrival: A beer bong. Obviously while wearing something America and overalls. 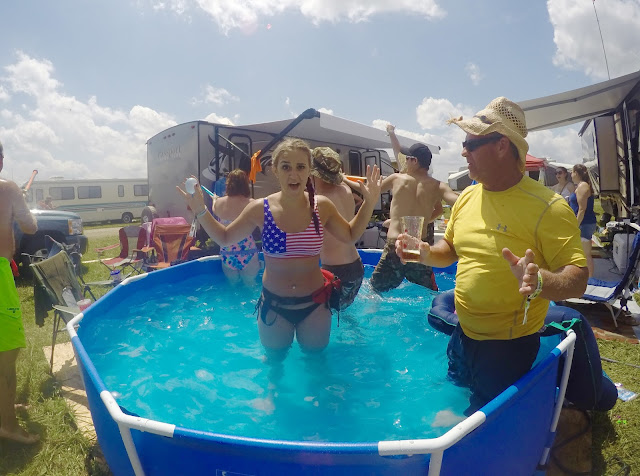 That pool had a filter AND a heater! And he claims it was $80. 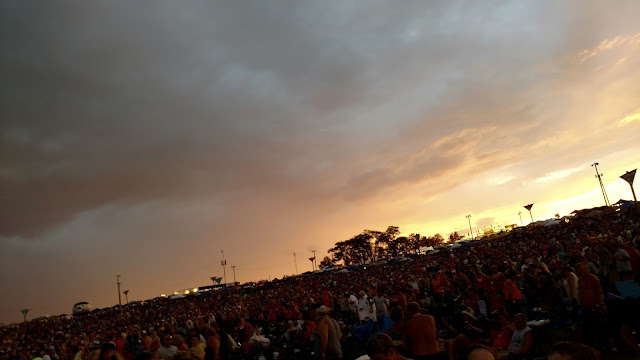 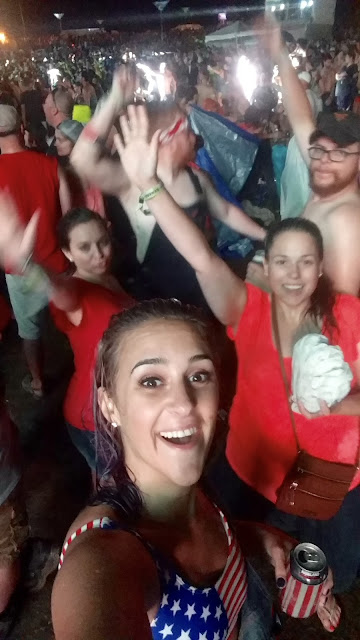 It was a rainy night... but being in the rain, without caring about how wet you get, is one of the most freeing feelings. 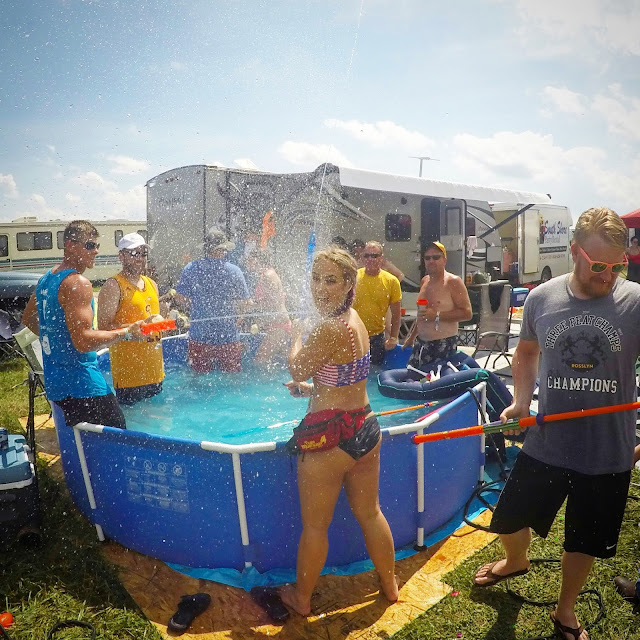 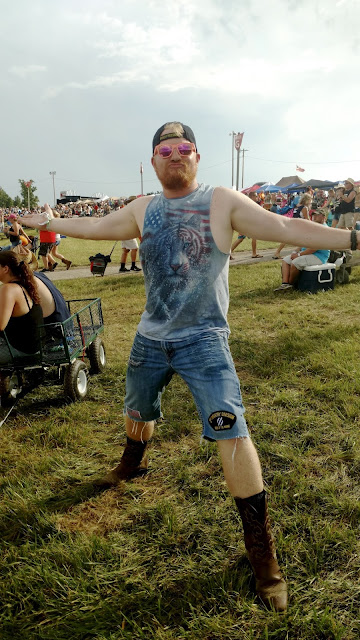 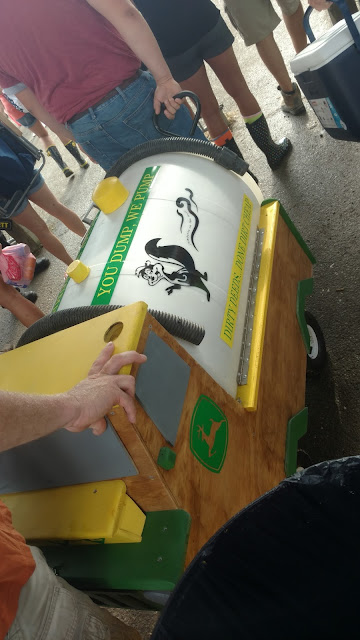 Essentials for Jambo: A fancy DIY cooler [you can actually bring in your drinks and food!!!!] and some good ol' redneck clothing. 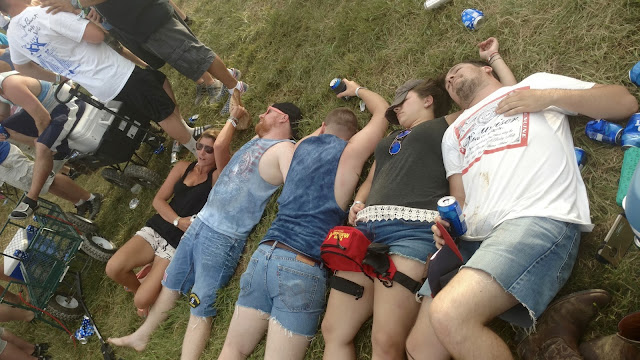 Only time to sleep: Between artists. [Actually, I felt pretty good about the amount of sleep I got. Most of the time everyone was out around midnight, up at 8am. Plenty of snoozing!]

My roommates for the weekend! So proud of us for putting it together and having faith in it being awesome!

There's another detail that I've been telling everyone- how much we all spent. After designating one person as the bank to front the money for the tickets, RV, gas, food, alcohol, EVERYTHING... then splitting it up, we each only spent $430! Considering that's all the alcohol and food FOR FOUR DAYS, I'll call that a bargain of a trip! We even had way too much food left over and could have spent $30 less.

So who's in for next year?! Mark your calendars for the third weekend in July and we'll see you there!

Looking like you enjoyed a lot. You are looking cool I just loved your dangri style. From your blog I always learned great fashion tips.