videos/pics: crashing a backyard with mkto

By now it should be pretty obvious how much I love Malcolm and Tony of MKTO. We have allll the fun together whenever they come, which seems to be pretty often.

This time we switched it up AGAIN by crashing the backyard of one of their biggest fans instead of just doing something here in the studio.

It was pretty awesome being able to make it so intimate for such a big fan, and they're so fun that it was easy. How many people get to say they sat down in their backyard and just chatted in the grass with their favorite band?!?

I love being opinionated and ridiculous, but it's even more fun seeing someone's eyes light up when dreams come true. It's incredible to know I was a part of a moment she is definitely going to remember for the rest of her life. She'll be telling her grandkids that some chic from the machine that played music in your vehicle had purple hair and brought her dreamboats to her home. That's neat. 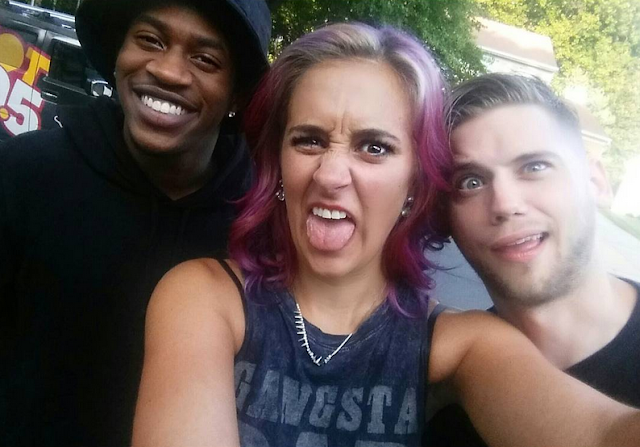 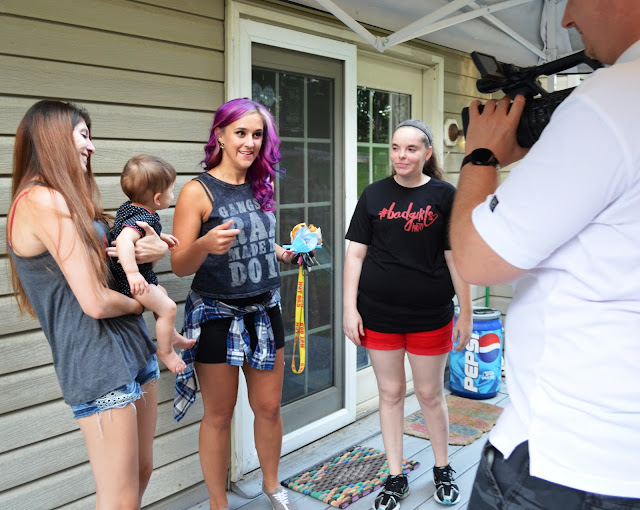 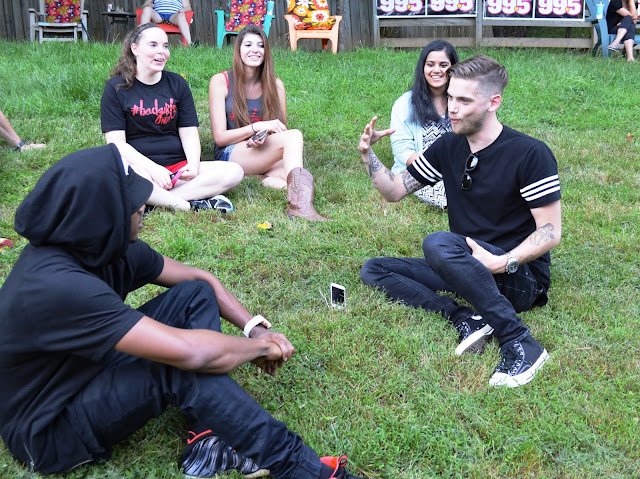 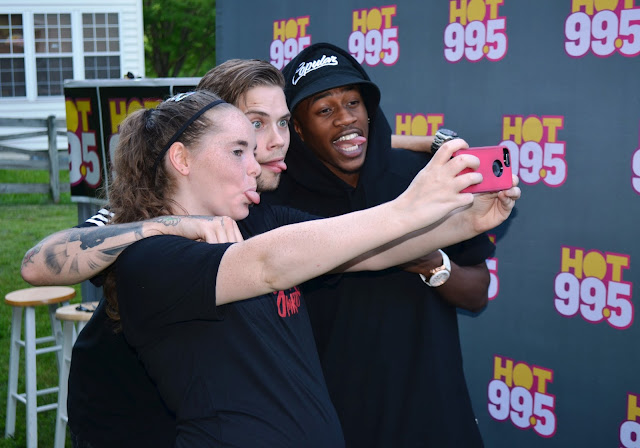 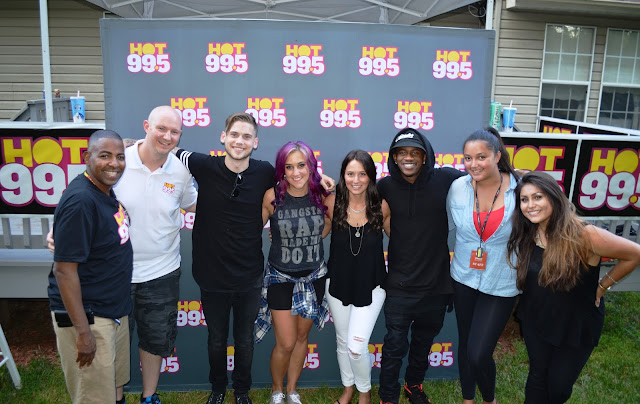 Thanks again to MKTO for always being the best, and CONGRATS to them for being the latest "Swift Squad" members and joining her on stage in Boston!

PS Some outfit details [with this damn skirt that WON'T STAY DOWN... I didn't realize it looked so short.]:

-crop tank from Charlotte Russe
-basic black skirt from F21
-flannel from Target
-fake me out Keds also from Target
-amazing hair from Ruby Devine at Frizzles in Alexandria, VA