Justice Crew: A bunch of dancers from Australia's Got Talent who turned into a full on guy singing group, with a fantastic song called "Que Sera" that has lyrics worthy of Pinterest shares.

Their song broke records on the ARIA charts, which is basically like the hipster version of the Billboard charts. [Over in Australia.. same thing as Billboard, but their number 1s don't make it to America til WAYYY later.]

We talked about this crazy awesome Australian sunset, hearing their song on the radio, and then they taught me how to do their crazy "swing move." Spoiler alert: This is my face afterwards. 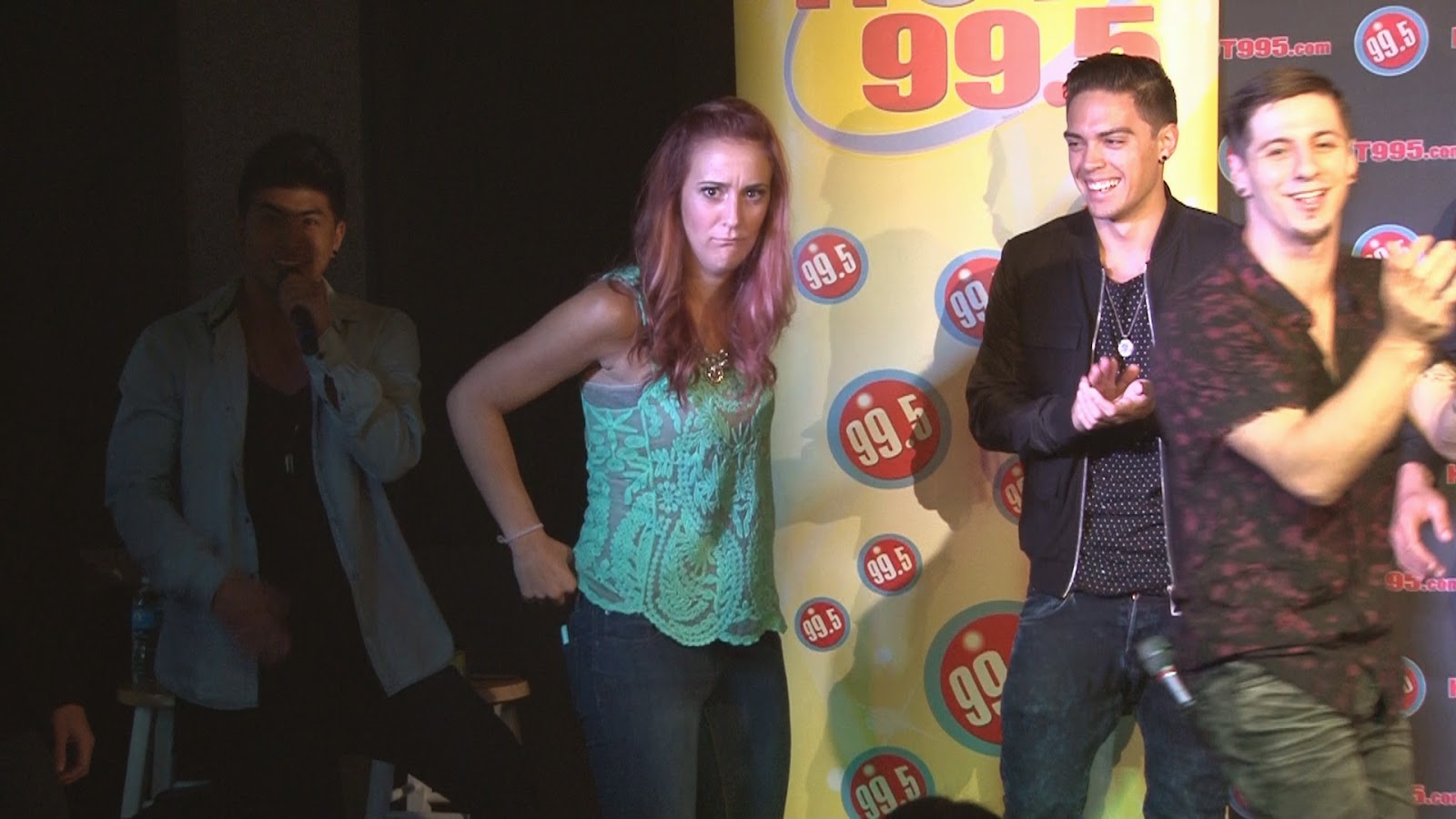 Never say no to anything, right?! Oof.

They were cool guys, and I could listen to their accents forever... plus- dancers AND singers?! Sweet baby Jesus could these be better catches for future husbands?!