look! i finally got my hair done!

It FINALLY happened! After 4.5 months of being terrified of trying a new salon, I finally found one, made an appointment, and did exactly what y'all told me to do!

This was the winning hairstyle, with the colorful highlights: 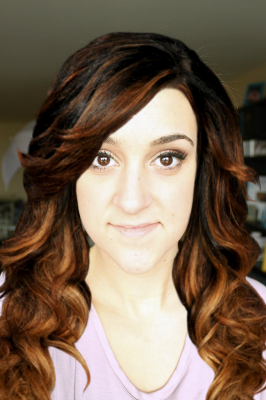 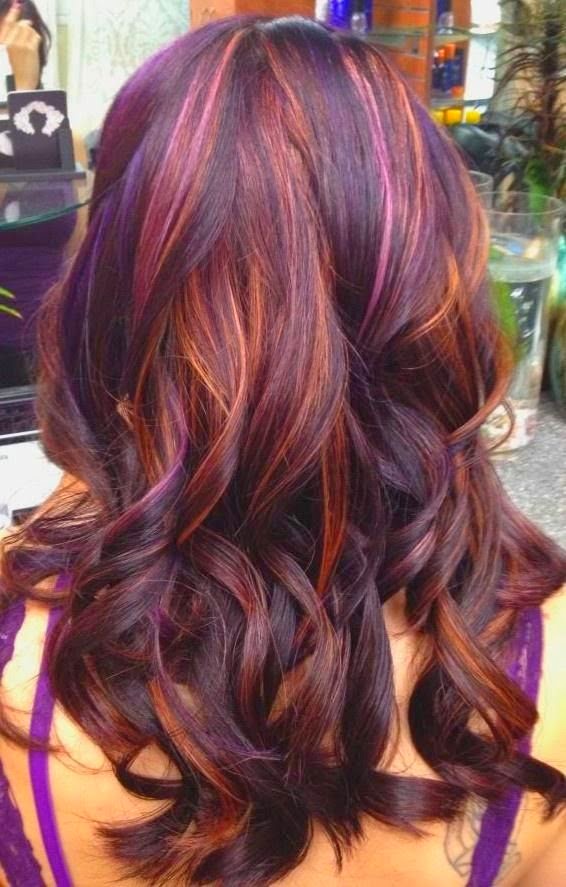 Not gonna lie... I wasn't happy about that cut being the winner. I felt like it was pretty similar to what I've done so many times, but I said I'd do what won. The only thing I really changed was instead of the main/base color of the hair being brown, I went red. I like red. Red is fun. 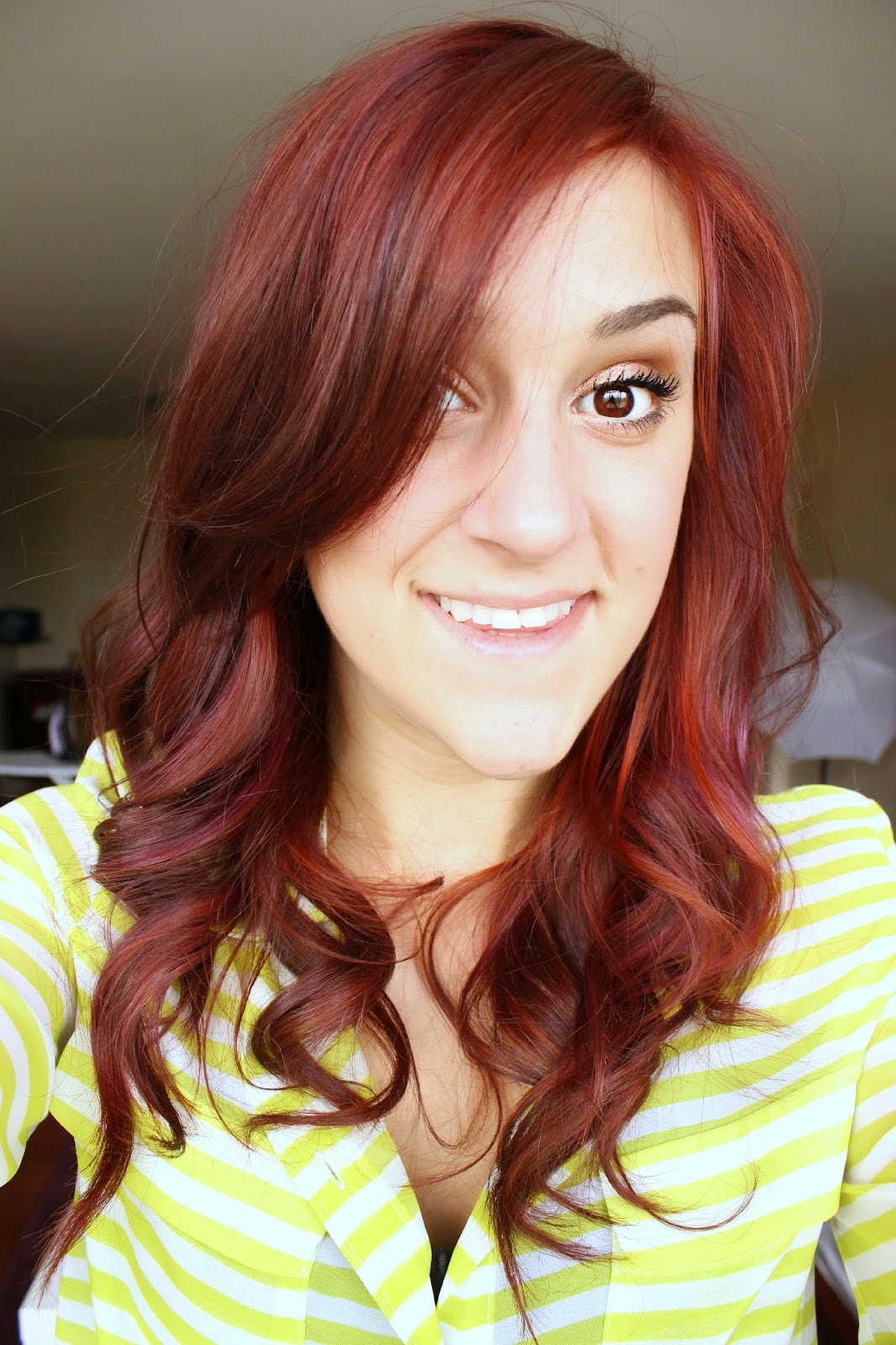 I went to this amazing salon in DC [they also have a location in Alexandria] called Glynn Jones Salon. Truth is: They were pumped to work with me, and want to reward you for helping me out! But we'll get to those details later.

I showed the winning pics to my stylist, Ryan, and told him to do it in a way that was also flattering to my face. We didn't cut the bangs too short for that reason, and we had to cut off some dead ends, but other than that I think it's dead on!

Also, I'm beyond grateful because when I showed him the colors, he was super honest- telling me that if I wanted the purple and orange to be as bright, my hair would have to be fried. I don't want fried hair.. so we're going to gradually brighten them up. The orange and purple highlights are still pretty noticeable but are more cohesive. 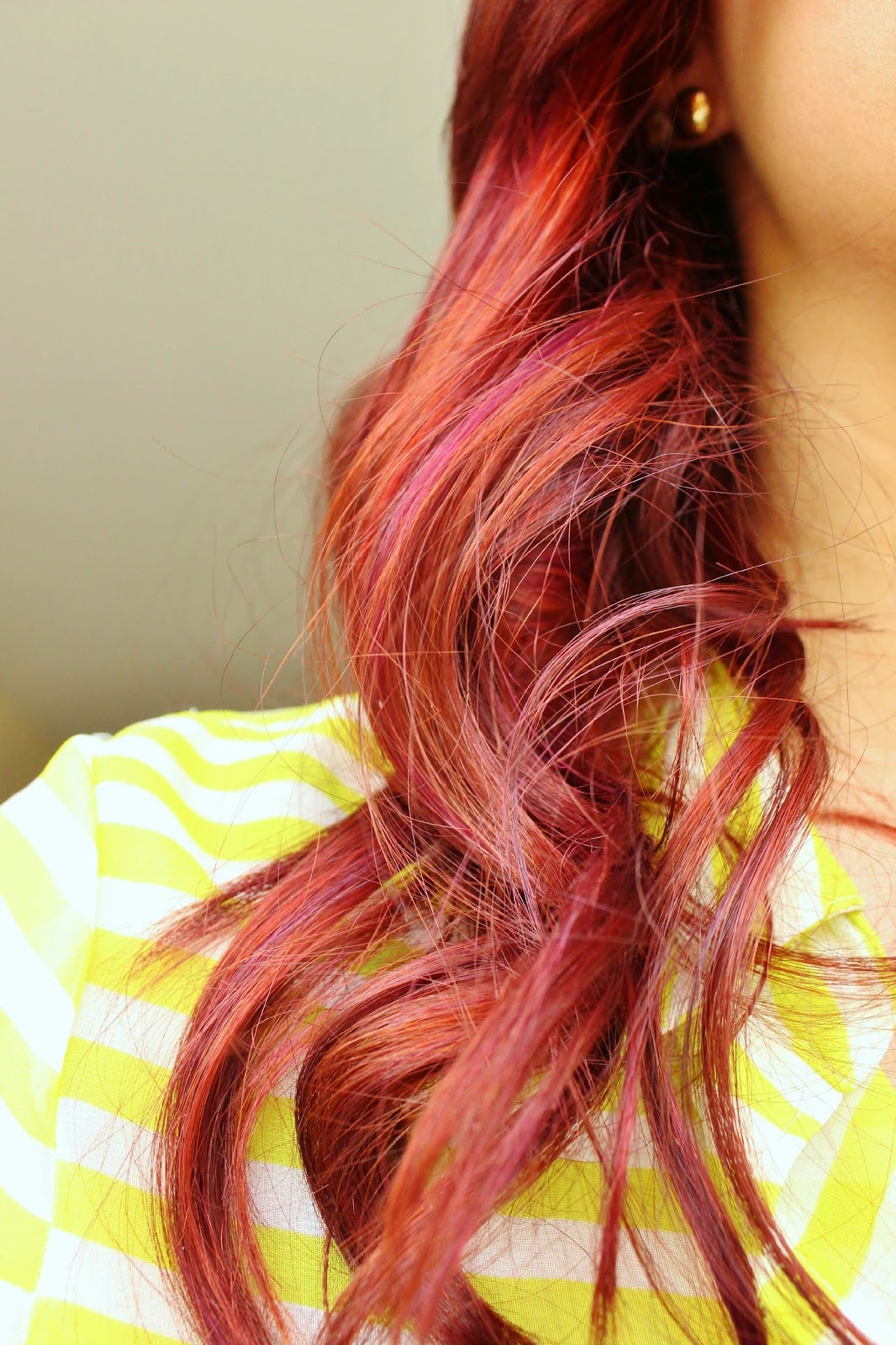 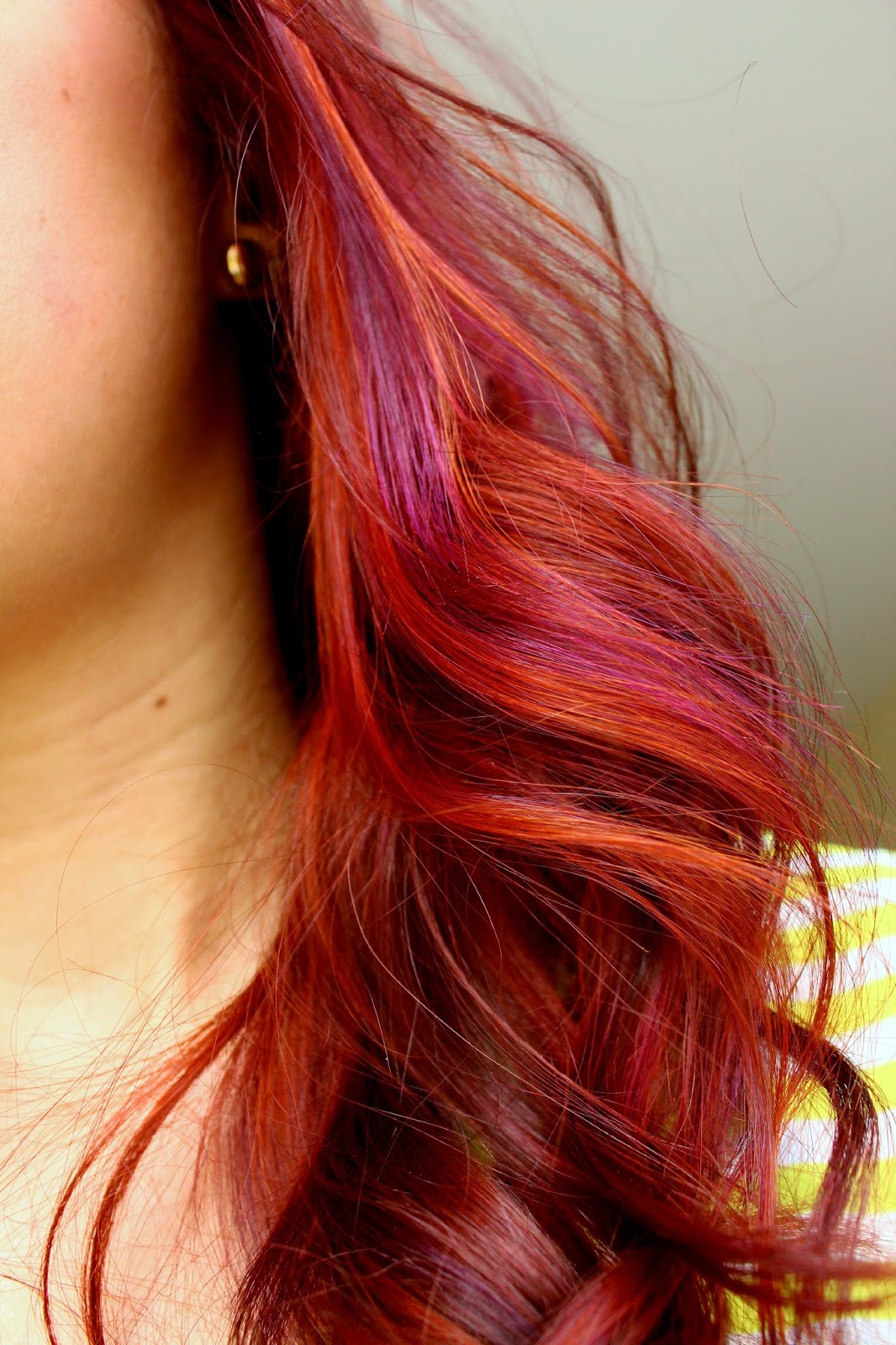 It looks so different in every picture I take. I have a love/hate relationship with that. 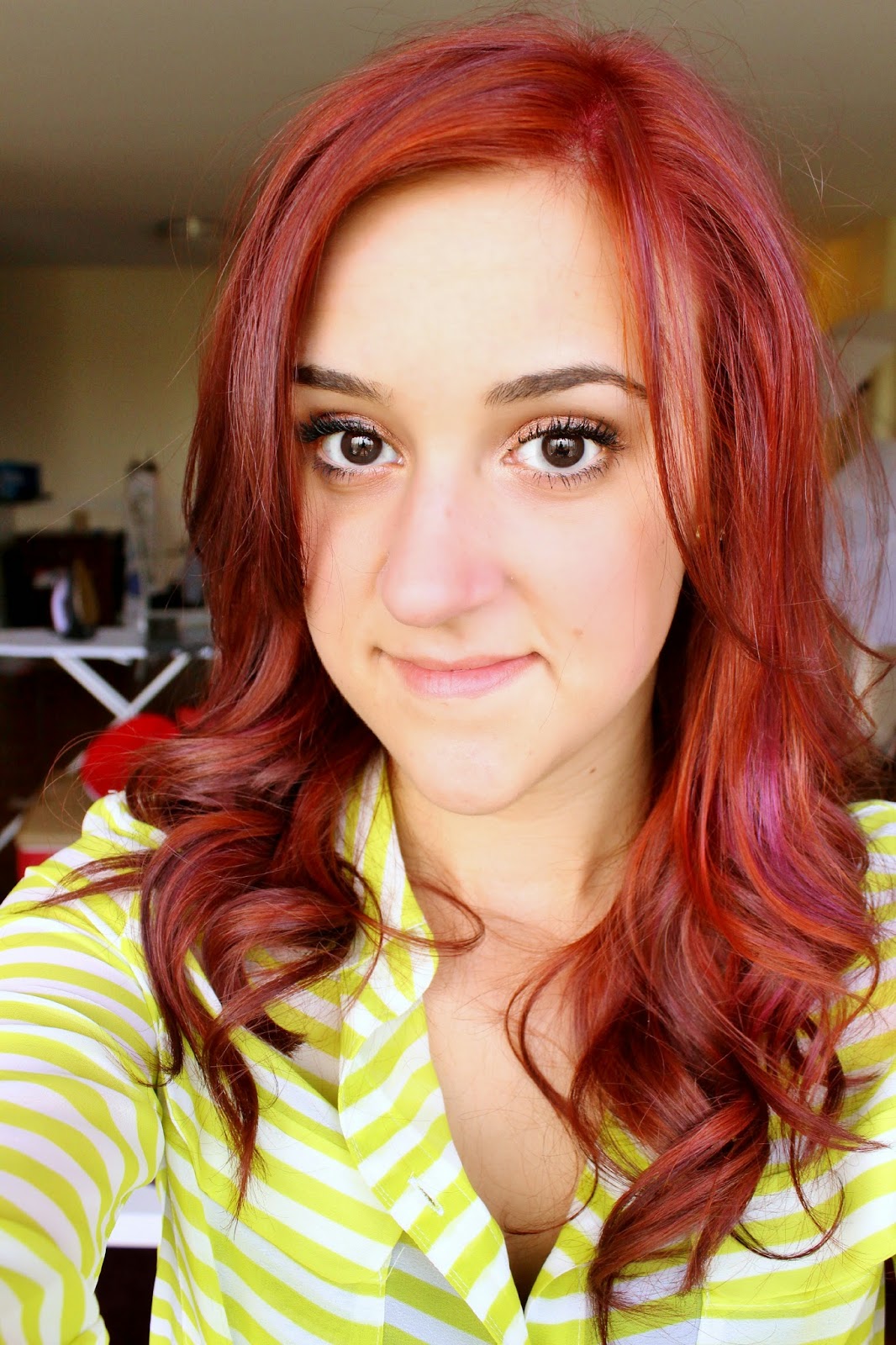 I can't stop taking selfies. I'm beyond obsessed. I just hope I can re-create the same bangs-styling that he did once I get a round brush and some velcro curlers! 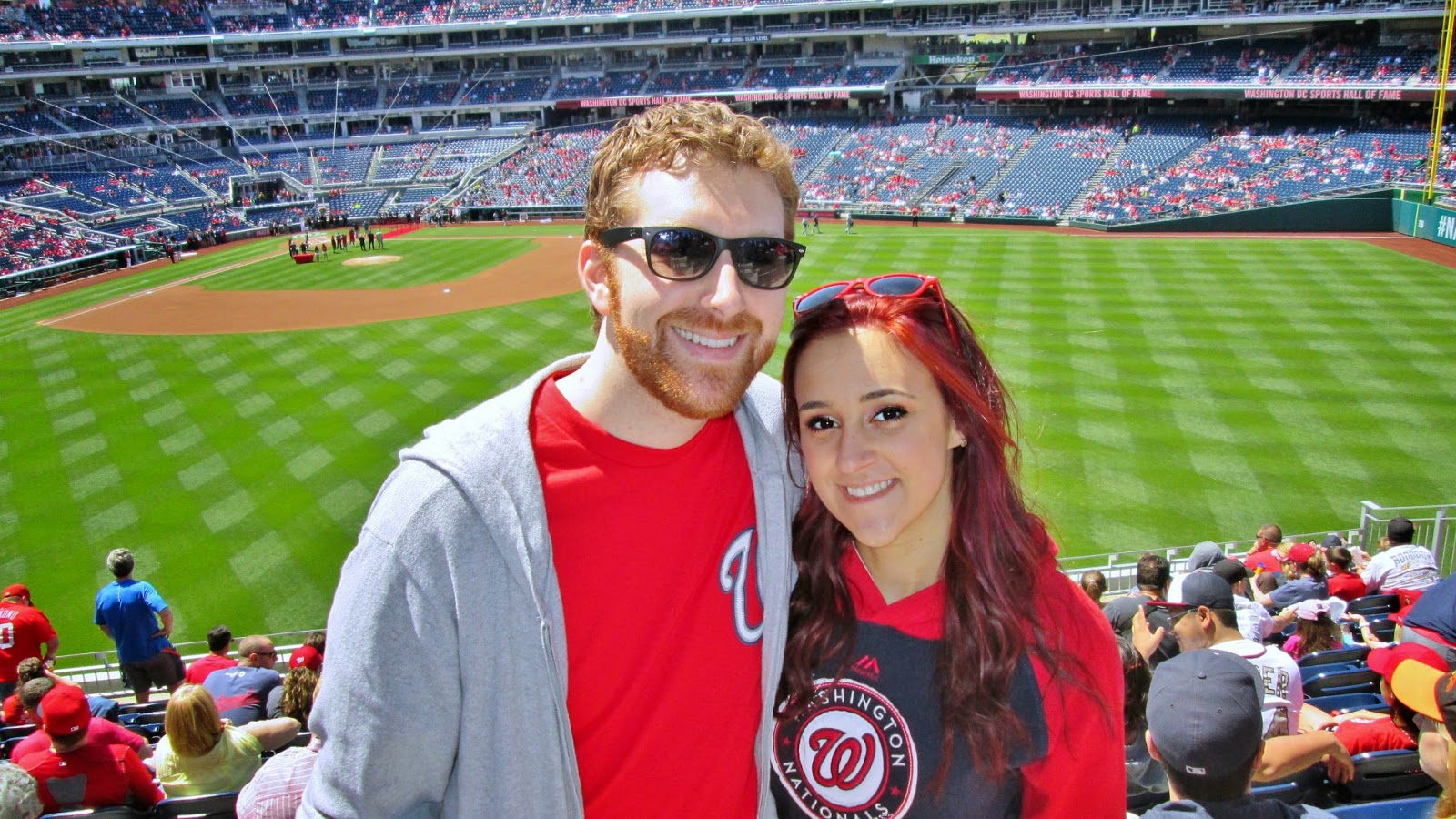 Even three days later and a little re-waving, I loved it. The colors shine bright in the sun.

Ya know how when you get a completely new haircut, you wanna know how people feel about it [but also secretly want them to just be nice so you don't cry about it]? I don't even care what people think right now. The fun colors feel so me. I feel less like a "typical white girl" and more like someone who should be standing out. It's not meant to look natural. I'm over looking natural. I wanted different, and I can't thank y'all enough for helping me make this decision!

If you're in need of a new look or even just a freshen-up, Glynn Jones is gonna hook up all my friends with a fantastic deal, and a contest to win free hair styling for a year! It'll be going on the entire month of May, and I'll give you all the details later this week. Trust me... I'm not just recommending them because they helped me out. I was so impressed with this salon and Ryan. I'm going to be forever thankful!

Ryan is the absolute best Stylist around! I will never leave him ever!

Ryan is the absolute best stylist in town! I will never ever leave him.

Mens Rolex Watches JavyEstrella.com is a Los Angeles-based wholesaler and online retailer of authentic luxury watches.Their experts have a combined expertise of over 75 years of selling, buying and distributing authentic Rolex and other luxury watches worldwide.

discipleship programs The C.S. Lewis Institute was founded in 1976 and endeavors, in the legacy of C.S. Lewis, to develop disciples who will articulate, defend and live their faith in Christ in personal and public life.