Is it really over?! I've been looking forward to this year's Jingle Ball before I even knew I'd be working for the station...

It was easily the biggest event I've ever been a part of. Robin Thicke, Miley Cyrus, Flo Rida, Enrique Iglesias, Jason Derulo, Fall Out Boy, Paramore, Austin Mahone, and Fifth Harmony were in the building to perform, along with over 10,000 people to watch and some big wigs of the company.

For the first two hours, I was handing out free tickets to just about anyone who came by a tent outside the venue. I tweeted about it, but people thought I was kidding. Sucks to be you if you didn't come get some freebies. 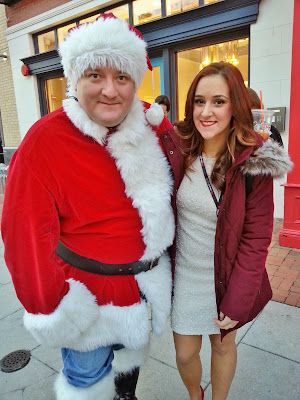 Then we rushed into the broadcast room where we were doing our shows live from backstage and interviewing all the artists! Unfortunately, I missed out in some of them because of timing issues, but I did get to talk to Austin Mahone! As far as I can tell with his body language and reactions... he's definitely dating someone on the tour... or at least has one of those "when I get the balls, I'm gonna ask her out" crushes. 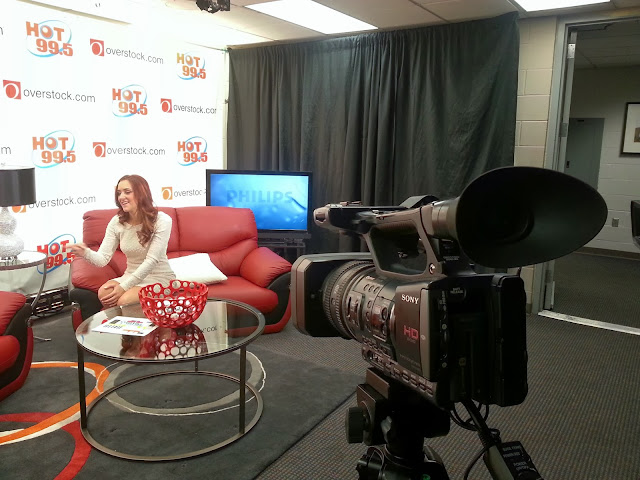 [hopefully we'll get the full interview up soon!] 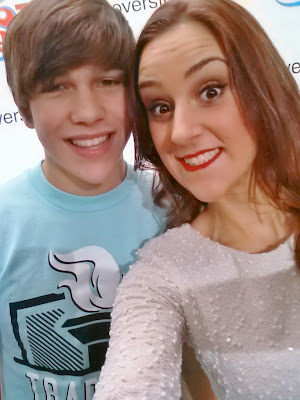 I decided selfies were the way to go for the night... 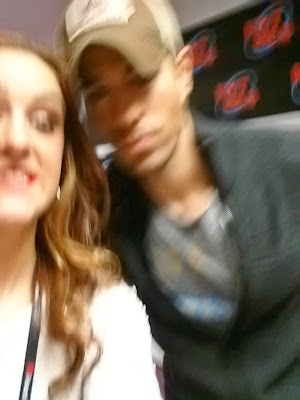 ....until I ran into Enrique and this happened... but didn't have a chance to retake it.

Everything was super planned out which was a very new experience to me. I'm used to a bit of a messy situation/schedule backstage full of boozy people... so next I rushed to the stage to get ready to announce Flo Rida with Kane. He asked me if I had looked out at the stadium yet.... and when I did.. 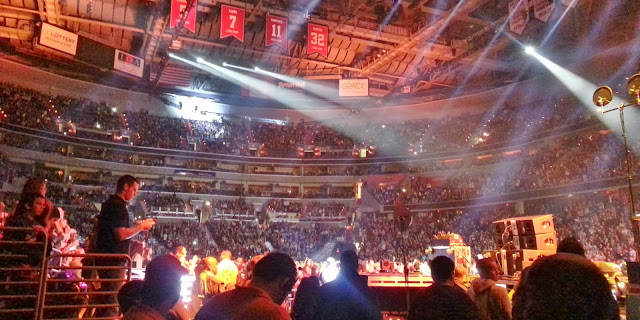 ...I freaked! In a good way, luckily. I wasn't nervous, just amazed. HOW IS THIS MY LIFE?! 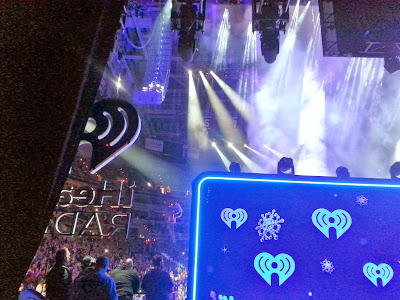 This was my view of the show, which looked pretty freaky when Fall Out Boy's fire was all crazy. 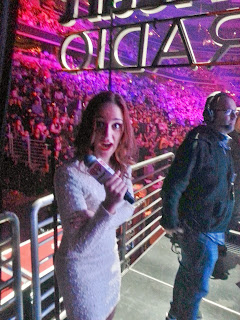 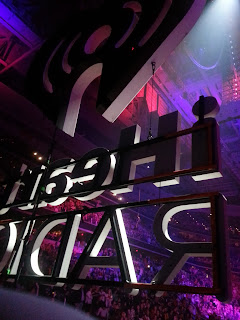 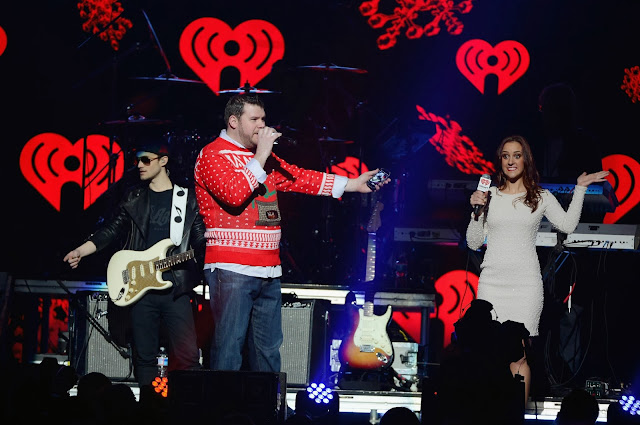 Full circle moment... from Kane Show intern, to officially introduced by him as the new night jock. Woah. 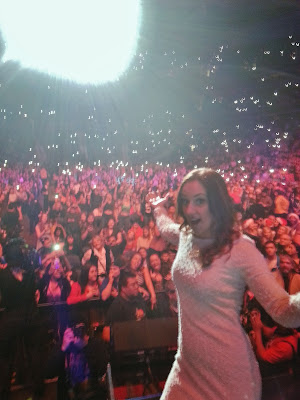 We decided to capture the moment with this... thanks Kane! 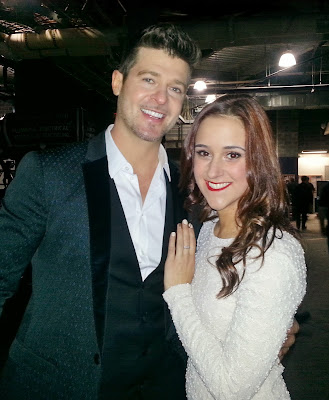 Robin Thicke happened to be walking by and I was all "Hey, Robin..." and he responds with something along the lines of "of course we can take a picture with you and that dress!"
So obviously we took a prom picture, right after I teased him about getting his swoon on without me having to ask for it at all. 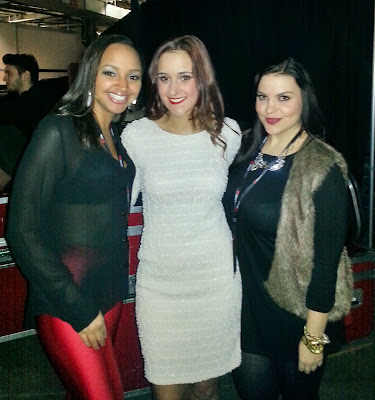 I was also really pumped to finally get to hang with the girls of The Kane Show! We got to introduce Enrique together, so we obviously shared stories of sexy boys ahead of time. 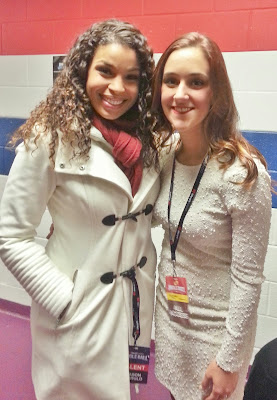 This was honestly one of my favorite moments. I was walking down the hall, following Miley, and she runs into Jordin Sparks and Jason and they talk about how they're hunting down different people who are performing but don't know how to find them yadda yadda. It's just neat to see them all be friends outside of cameras etc.


I didn't get to see much of the show because of everything going on in the back... but based on the pictures, stories of Flo making it rain with real dollars, Enrique going into the crowd, fans twerking on stage.... It sounds like it was pretty incredible. I also got to hear all about it when I was back in the studio for the end of the show, when everyone called in to share how exciting it was.

As for what I wore, I got my dress from Kohl's! It's by JLo, it's got some sparkles, but was totally "winter," covered some massive bruises I got over the weekend, and paired perfectly with my new red shoes from Marshall's and red lips. 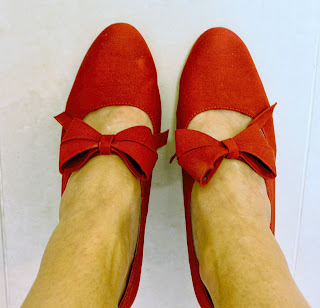 So I guess I have to wait 360-some days for the next one to happen which is just torture... but luckily I like my job every day.

If you were there, lemme know what you loved!