beyond the real world cameras: grit and loathing with nia 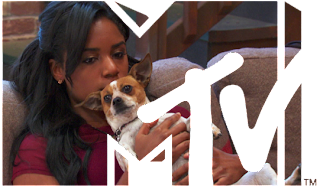 Wheewwwww boy! This season has been a little all over the place, eh?! I feel like I've had mixed feelings towards everyone in the house at one point or another [with the exception of Marlon, I think...]. I hated Nia in the beginning, then I liked her, then I decided I just really needed to talk to her.

I'll be honest, like I always am... I'm surprised at how easy it was to talk to her and how genuine she really seemed. Sure, she had a lot of awful things to say about other people [saying one of her former BFF's is weak and has serious issues], and she doesn't regret a damn thing she did in the house... but somehow it almost seems justified... maybe.

She's well aware that Real World makes stereotypes out of people, and instead of trying to "prove the stereotype wrong," she embraced her inner angry black woman and made a show everyone's talking about. Nia knows that to make it in the business you have to be a Kim Kardashian or a violent biotch, so she went to violent route.

Our entire chat was over 30 minutes, but I had to cut some things out and also took out some redundancy.. She really wanted to let these things be known:

Goodness, I feel like I'm really stirring ish up on here, but you haven't even heard the beginning of it. I've never had to bleep so many F- and S- bombs in a podcast before! So take a listen and get ready to catch your jaw.


If you're fiending for more Nia, here's that first episode of her web-series.

And let me know your thoughts on this one! She's always been the source of a lot of tweets you have sent me, so I'm interested to hear what you think now. Tweet or comment below!

PS check out all of my Real World podcasts here!