pinspired: turning a long sleeved shirt into a skirt

One of those pins that everyone pins without even really trying it is this one: Turn a long sleeve shirt into a skirt! 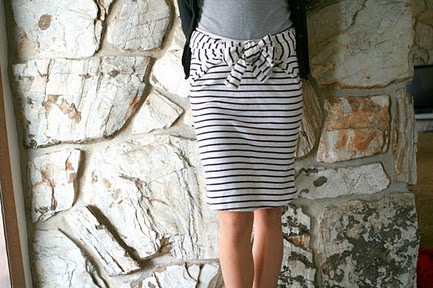 Well, I finally decided to give it a whirl... but I wanted mine to be a little shorter since I don't really have the typical "work environment." Turns out, it wassss a little easier said than done, but not impossible. 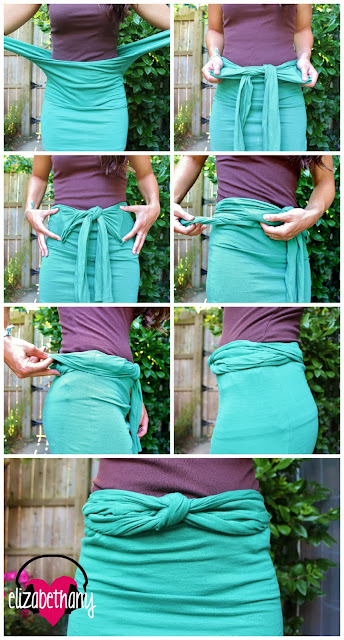 Hopefully that's not impossible to follow. For me, the bow looked ridiculous because my shirt was so thin and I just couldn't get it right. I liked this twisty knot front, but the sides definitely needed some tweaking to make it wearable.
Who am I kidding?! The whole experiment takes a lot of tweaking! You tie it, and tuck the ends under and roll, until nothing is sticking out and it's flat enough for you're liking.

Eventually it worked out and I wore it with my crochet-back tank. 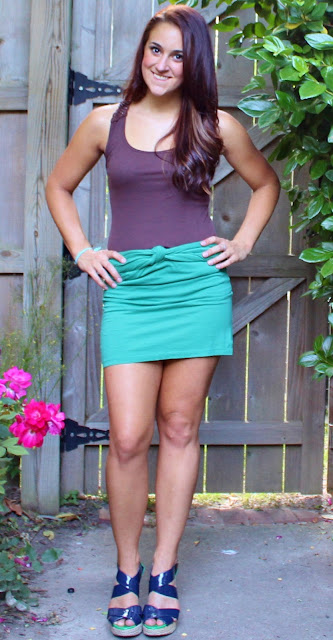 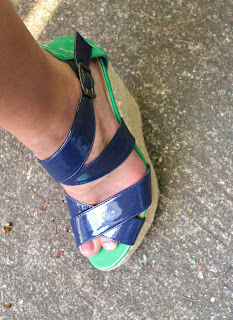 
My review: It's not something I plan on doing often... at least not with my collection of shirts. It rode up a lot after an hour of wearing it, probably exposing my vajayjay to the world several times. It also requires way too much fixing, bunching up, and perfecting. You could try the longer version [don't push the neck down/pull the arms up] and it might be a little better.