Lamps are pretty expensive if you want something a little "different." It's a little ridiculous, actually. So ridiculous, you just shouldn't spend the money.

If you go to the thrift store, you can get some old brass ones for under $10, maybe even under $5. Yeah, they're pretty ugly up on that shelf, but thanks to this pin- I had hope. 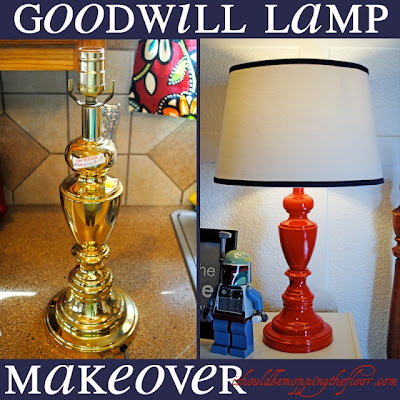 I actually had a lamp that a certain someone refused to get rid of, but was willing to let me "make pretty," so all I really had to do was get a new lampshade and some paint. My bedroom is green and brown, but I want to add a lot of bright yellow accents around. Lamps are the perfect place to start.

The paint was $3 at Walmart [which I'll obviously be using again], and I got the simple shade at Target for $7. I rubbed down the lamp with a plastic scrubber a little bit, and then did light coats of the paint until it was covered. 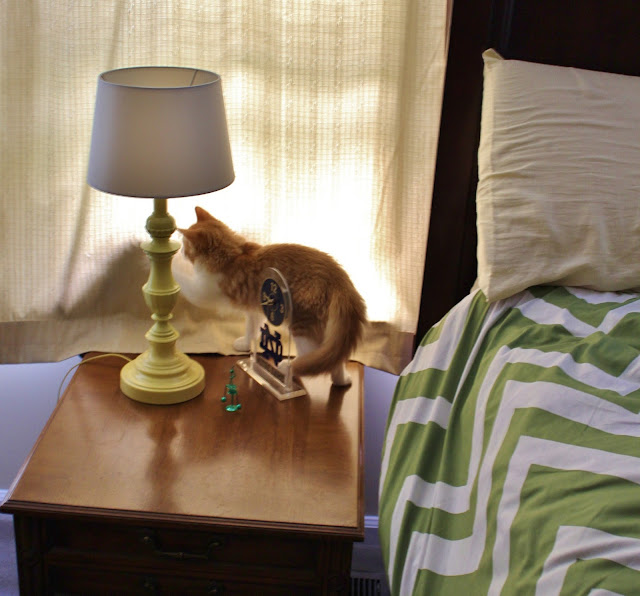 Of course the kitties wanted to battle it out in the window while I was trying to take pictures.

Disclaimer: The bedroom still needs so much work. Those curtains are the next things to go. They're awful.

I wish the yellow had been a lot brighter, but it matches the yellow sheets, so it'll do. I also thought about adding something to the lampshade, but I haven't decided what to do with that yet. The lining of the edges didn't look as food with the yellow. I'm thinking of doing some sort of stencil design, depending on what I do with the curtains.

The other lamps in the house better watch out. Even the newer ones that I have might be getting a similar makeover just because it's so easy and fun.

PS: The duvet cover on the bed is amazing and was super cheap! Only $20 in any size on Overstock!

Air filters in the projector should be cleaned out regularly. Poor maintenance of air filters will prevent the air flowing to cool the lamp and also this may cause the disappointment of the lamp very early. Always there should be proper and good air circulation around the projected to cool it. Rear Projection Tv Bulbs