Lauren Conrad said it's 2012 and you can totally wear white after Labor Day, and what LC says- goes.

I've seen a lot of lacy dresses all over Pinterest, a couple that were white, and I've totally wanted one, just never thought I'd find one for cheap. Then I did. It was a whopping $14 at Ross, and couldn't be snatched up by my fingers fast enough.

I have a lot of plans for this dress, and maybe I'll combine them all into one eventually, but this is the first quick one I threw together: 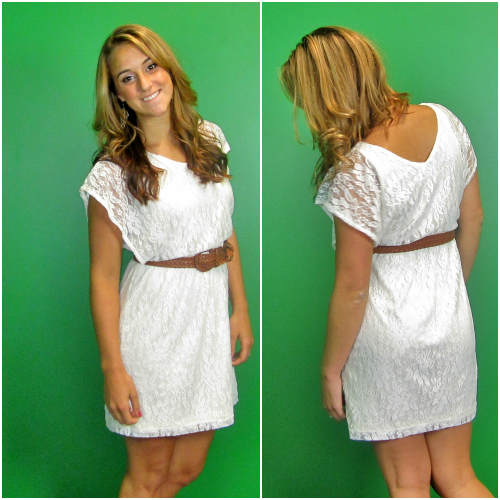 And just to "EB" the outfit a little bit [AKA make it less classy], I was later seen riding a bull with a hott German twin later that night... while having blurry vision. 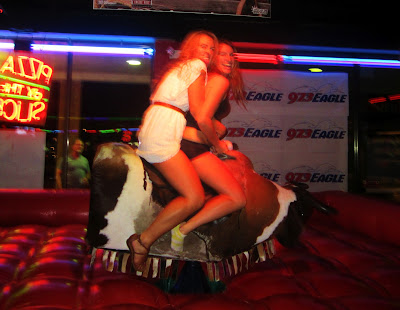 I've been really lucky at Ross lately, but I definitely think it has everything to do with the location of the store and the day you go on. Unfortunately, I haven't figured out which day is the best yet. I do know that if you're in the Hampton Roads area, get your butt in the Princess Anne location in VB.