The week of celebs has come to an end, with yesterday's grand finale of Trey Songz coming to the studio.

First of all- HOTT damn. I've never seen a more beautiful man in real life before! He walked in and I had to turn away because I knew my face was bright red. Also- I was hoping he'd be short so that I'd be like "phew, he's totally not even that hott." ....He wasn't short.

He did an interview with Kendall and a video with Bobby, and recorded some "liners" for the station. [They're the things you hear of celebs being like "Hey it's ___, I'm awesome, elizabethany's awesome, and she's on HOT 100.5.]

Listen to the HOTTNESS of the one we recorded, that he demanded I record with him, unlike everyone else's...


As if I wasn't already suffering from wet pants, we took some pictures and then I got some alone time with him in the green room. 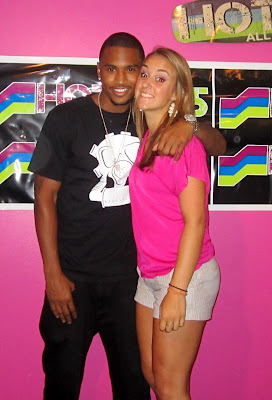 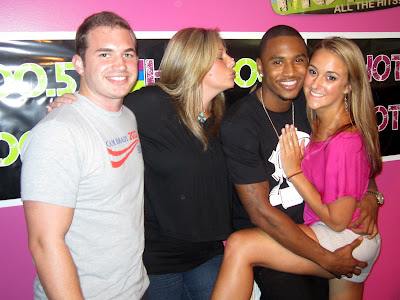 FYI: I TOTALLY only put my leg up a little before he hiked it up and got a handful of booty... not that I'm mad about it.


Just when I thought Sean Paul flirted with me like woah, this happened. Goodness. I can't even watch it. I blush and get all silly on the inside all over again.

On another note, who do I know that works at Kings Dominion and can hook me up with a closed-park date with this man? I have some ..business.. to finish.

PS: Here are some of my favorite screen shots... cuz ya know... it's fun to look at them. 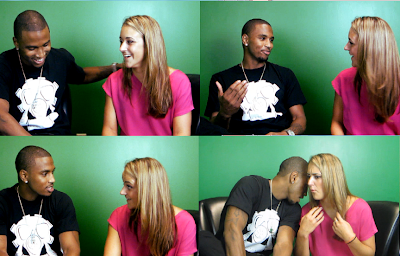 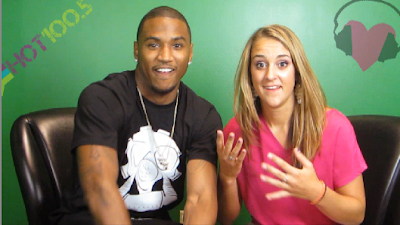 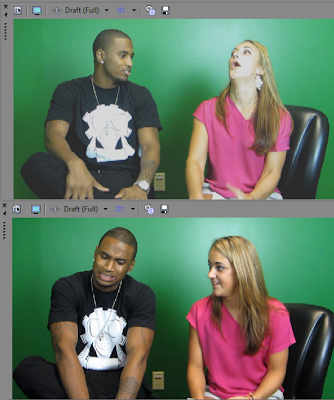 Girlfriend!! hahaha i literally just watched the end of that video 3x in a row, it was so funny and cute!