A lot of people told me "ECSC weekend" was gonna be cray, but I had no idea what to expect, besides an awesome free show from Breathe Carolina ON the beach.

Well, it was awesome. And I even got to share it with my besties from Texas, which made it even awesome-r.

For two days, the station broadcast live from the beach, less than a football field away from the ocean, and ON the main stage of the event. It was pretty sick. [I feel like I should use that term right about now... but I also felt like I should wear a trucker hat all weekend to fit the mood, so my judgment could be skewed.] 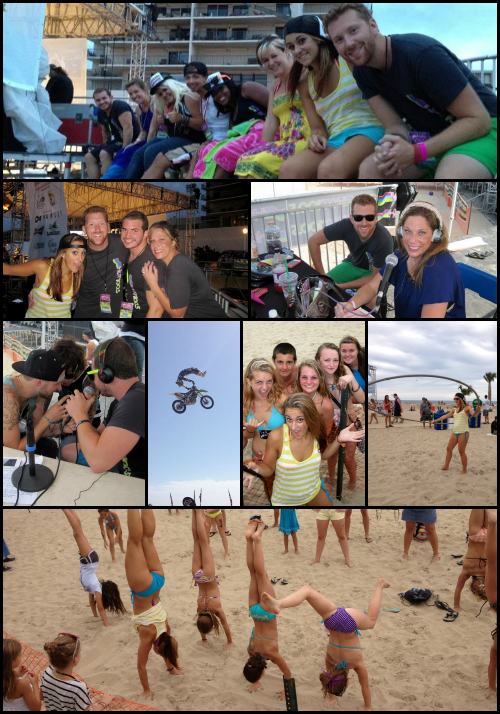 That hula hoop was CRAZY huge. I thought it'd be impossible to actually do it, but it was actually pretty easy! The catch: It hurts like [insert word my mom won't wanna read here]! I also challenged a bunch of beast [in the best way ever] gymnasts to a handstand contest. I didn't lose completely, but definitely didn't win.


We've had a bunch of opportunities to meet listeners in the past week, and it's been awesome. Like I said before, it's the best part about my job. Yeah, even cooler than meeting celebs [most of the time].

And since it was such a silly fun weekend in general, I thought I'd share some awesome ridiculous pictures. 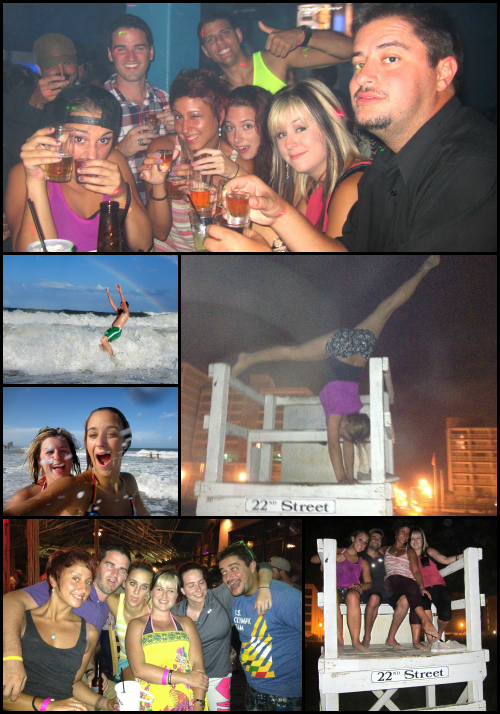 Check out that rainbow that Corey is tooootally touching! And yes, I'm fully aware that handstands on lifeguard stands are probably not the best idea when done after 2am, but the silhouette picture someone got is incredible.

How is summer about to be over?! I can't accept this fact. I WON'T! ...Until I'm eating wings, drinking pitchers of beer, and loving football season, anyway.