beyond the real world st thomas cameras: foreshadowing with swift 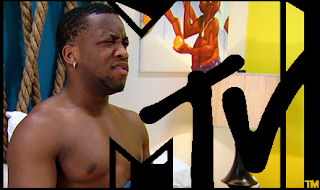 Well, as promised to LaToya last week, I had to get Swift on this week to apologize to LaToya for accusing her for all of the sea urchin [which I think is the real devil of this Real World season] drama.

We talked for over an hour [woah! It's super easy to talk to this cast, that's for sure..], which shows that he really wanted to A) make his point known and B) be an open book about it all. I cut the interview down to 20 minutes for you, and will give you insight into the rest here. [Don't worry, I'm not hiding any secrets from you! I left the juice in!]

Get ready, he's got a lot of ...mmm.... talking... about his roommates to do. And he says to pay attention because "it's foreshadowing in the episodes to come."
[ALSO: At the end, there's some info about the upcoming Real World season! Ohhh snap!]

I'm not going to lie, when he asked me about what I thought about him/LaToya, I hadn't let the entire interview digest yet. The fact that he kept bringing her up, over and over again [including times you don't hear in there], lets me know they have a seriously heated relationship. Who knows if that's more hate or love at this point, but he was not about to let his thoughts fall by the wayside.

Beyond the podcast and the roommate talk, Swift said we won't see much of him because he tried to stay away from "Prison Paradise" [the house] and became "The Mayor of St. Thomas." As I can imagine, he felt pretty trapped and bored and full of drama in Hassel Island, so he became part of the main island of St. Thomas. He said he met tons of locals, got to know them well, and even volunteered with several charities/community service opportunities.

One specific thing he told me about was going to the local high school and talking to football players. That's pretty awesome. Of course, the cameras didn't follow him to most of these things, just like when the DC roommates volunteered around the city, because it's not very entertaining. Still, it says a lot about his character.

It'll be interesting to see how much they do/don't show him in the next 8 episodes.. I'd assume he's still pretty involved in some drama considering his strong opinions on everyone he lived with.

PS: He asked me to have you check out his website, so do it! He also does a lot of live chats online with his "Swift Sweeties," so feel free to partake in those, duh!
PPS: Check out all of the "Beyond the Real World Cameras" podcasts here!