I knew I was going to like Marie before the season even started, and in three episodes she's been hilarious to watch, and fun to tweet with... so OBVIOUSLY I had to get her on ASAP! 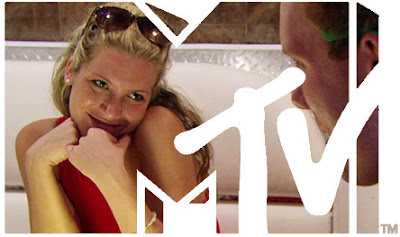 Within seconds she proclaimed herself a trainwreck, so we have that in common, and we were a giggling mess for the next 20 minutes. [Don't worry, I edited all the annoying giggles out. You're welcome.]

We talked about her thinking someone was pranking her when she first showed up at the house and the fact that it should be "7 bitches picked to live in a house," not strangers. She also let out her feelings about Trey/Laura, why LaToya should have been voted the funniest over her in our chat [apparently the cameramen couldn't even keep their composure!], and why we'll be seeing a lot more Swift soon.

And, of course, we addressed the "scumbag couple of the year," as she nominated her and Robb.

She's fun, this is fun, you'll have fun listening.

Alright "Elizabethanation" [I haven't used that in a while! Lame!], you officially have a mission- Give Marie's drunk language a name! Tweet her and I and we'll pick our favorite! I also wanna see a slew of #drunkgirlproblems from you all this weekend, kthanks.

Let me know who you want to hear from next! And as you can hear, I totally ask your questions, so keep those coming! Thanks for listening and participating!

PS: If you wanna subscribe/download/listen to ALL of my "Beyond the Real World Cameras" podcasts, click here!