As you now, the Real World is casting for its 28th season right now! They're all over the country, and in multiple cities at once, so click here if you wanna try and catch them before it's too late!

They came to Norfolk last week, so just like old times, I went down to see the crazies that were trying to be on the show. I also snatched Sam, who was helping judge everyone, for a quick chat.

Yeah, so, not a whole lot of crazies came through at all. A few people made it back for a second call back, but who knows if any of them made it beyond that. I'm totally rooting for the red-haired girl, but hopefully she didn't try too hard.

As for Sam, she's hilarious as always and how awesome is that mohawk?! In case anyone was wondering, she's still as humble and "normal" as I've ever seen her. She's even still delivering sandwiches for Jimmy John's. 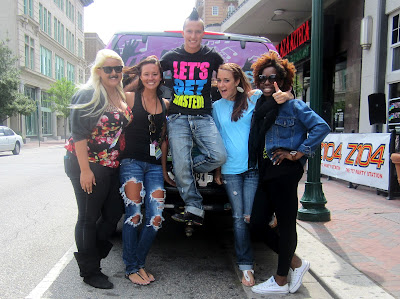