I went for my second round of Mardi Gras in New Orleans this past weekend and died. Well, okay... I've obviously been revived now, but I was pretty dead.

Nine of us stayed in one hotel room; 3 friends from Texas, two friends from Florida, my BFF from South Carolina, Corey, Bobby Hollywood, and me. We also met up with the two listeners that won the trip: Stephanie and Colleen!

There are well over 300 pictures and videos, so I figured I'd get up the pictures ASAP so you can occupy yourself while I edit the videos together.

Here are some of my favorites... the rest can be found right here on the FB. 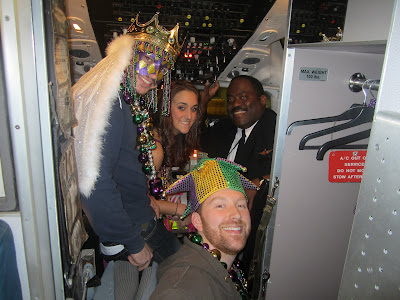 Mr. Pilot Man let us in the cockpit after our flight! Love! 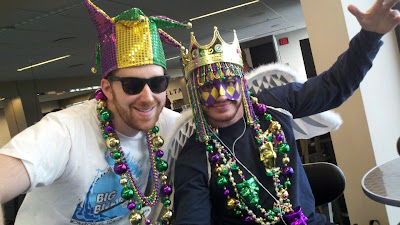 The boys' outfits for the flights! 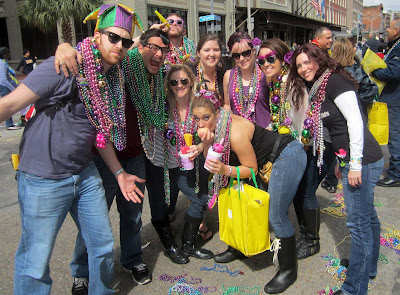 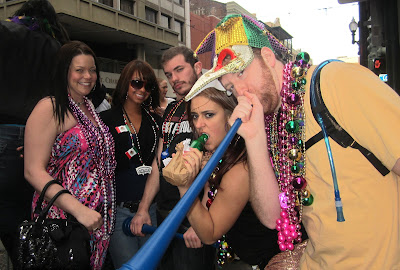 Colleen and Stephanie are the pretty ladies on the left. 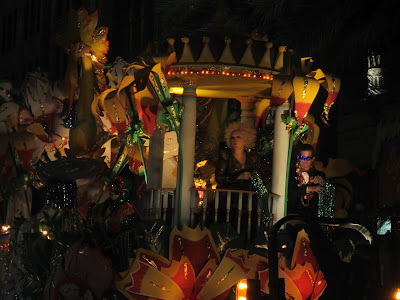 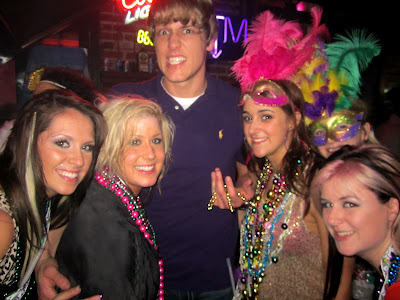 Added two MTV *stars* to my list of those I've met! Chelsea from Teen Mom 2 and Daniel from Caged. By the looks of things, they totally hooked up that night. 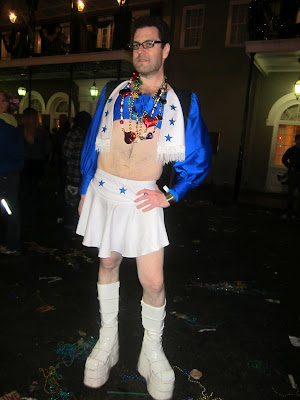 Not naming any names, but someone in our group actually made out with this *beautiful* man. 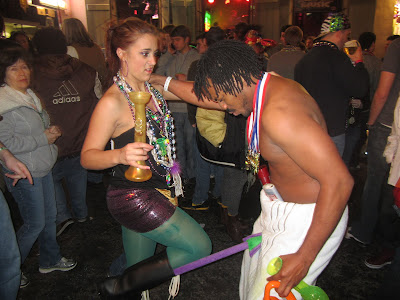 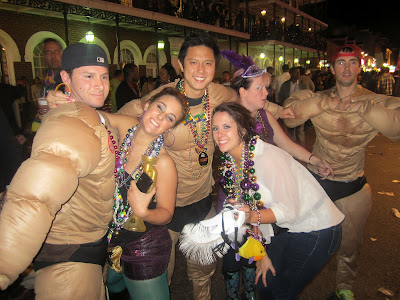 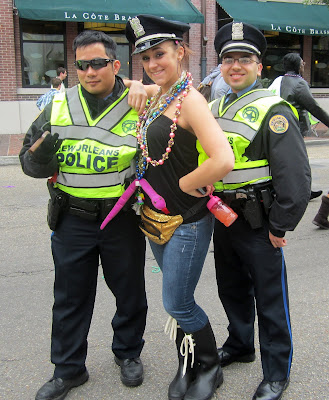 It's kinda like getting arrested for being awesome. Or... something. 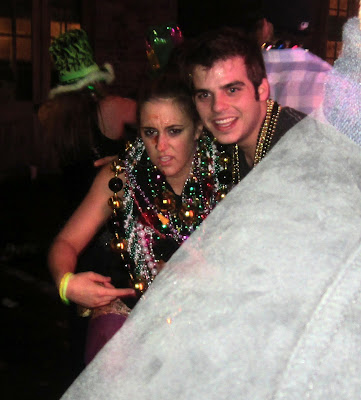 I got in a ketchup and mustard fight with some stranger at a hot dog stand. 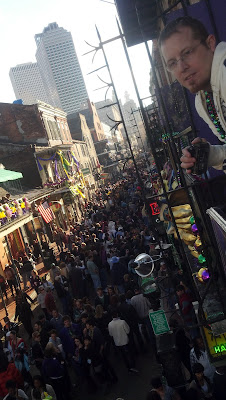 The view from a balcony!
And we did in fact make it back for the party in Virginia Beach on Fat Tuesday! AND I got my face painted! 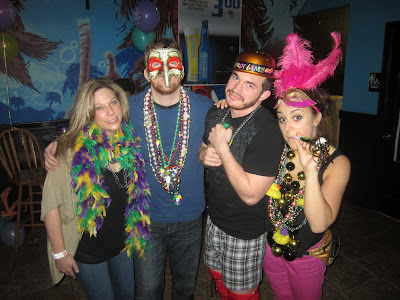 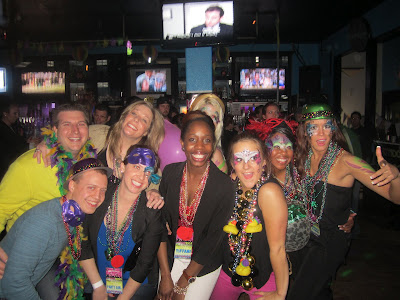 Thank GOODNESS Bobby made it back! His phone died before we left and wasn't on our flight. It was awful. Luckily we had most of his stuff with us, and he made friends with a stranger who helped him get another flight home.

If you're ever having to plan a NoLA Mardi Gras outfit, you should know that rain boots are a MUST. The streets are nasty. You'll see in the Facebook pics. I got mine from Old Navy!

These are the best glimpses of two of my outfits [sorry, wasn't thinking about being fashionable in pictures. Woopsies.]: 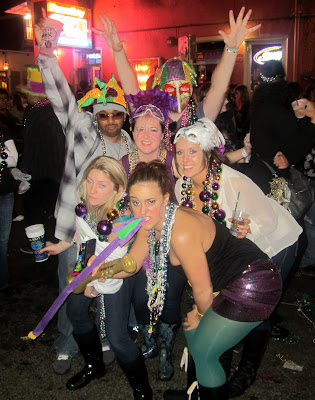 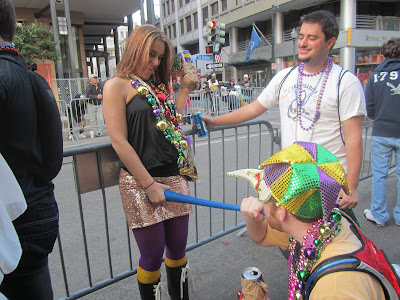 Who knew vuvuzelas had another purpose?! Not I.....
At least one video should be up tomorrow or early Friday morning! Might have to do multiples considering all the videos we got!

Now the countdown for next year begins. Our boss already okay'd it and even said he'd help us get a balcony. Hell yes.

Superb idea for flapper costumes! I'm sure you enjoyed looking at those fun costumes in that party.

I knew random pictures of me would surface from that week. I'm the old spice guy.