It's time to officially say goodbye to the Real World: Las Vegas, and what better way to do it than get another roommate on the phone to clear things up for us. 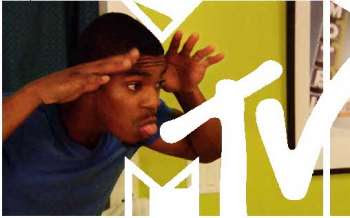 I've been trying to get Leroy, our favorite guy and Most Real roommate, on the show for a while, and we finally made it happen today, while he took a break from being a trash man. [Yes! He's still working as usual, just taking some breaks to party!]

Roylee is so smart and wise, knows what he's doing and what he's done, and answered all of my questions to the point. And just like he did on the show, he kept it really real.

"I'm the same lee as before I did the show... I'm not a celebrity. And even if you are, that doesn't make you better. A lot of people whow atch the show... you inspire them, so for me to be a dickhead to them when they come up to me.. that would be rude."

He also said what we've been saying all season- It was a good one. It showed real people in real situations, just as the show used to.

"The show is about the storyline... How Nany evolved from where she was with Adam, to the end. That's the stuff people need to see... the stuff I went through with the STD thing... they his the real, big topics."

Most importantly, he answered a lot of questions we've had:
And more, duh. Just listen to him be awesome:

Again thanks to Leroy, and I shall end it with my favorite philisophical quote he said:

"Learn. Change. Grow." As you get older and as you evolve, you need to learn, change, and grow.