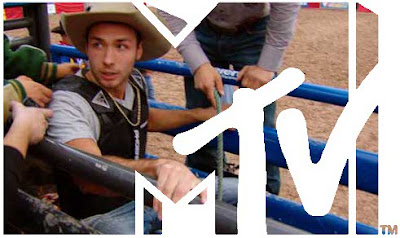 I asked everyone in last week's chat who they'd like me to talk to next, and it was pretty unanimous that Adam needed to get on the phone ASAP. Here we go!

Adam is obviously pretty uncensored and candid, so I made sure I was that way, too. Neither of us held back and kept it honest and Real.

His attitude is pretty unreal, but I'm kinda jealous of it. As much as I don't like the way he treats other people, he's just doin' him and not having any regrets.

"Hey, that's my personality. I'm kinda crazy, have a don't give a f#@* attitude... I'm not ashamed of it at all.
I have no regrets on the show at all. I went out there, I had the best time of my life, lived it up, partied it up, hooked up with some hott chics, broke up a six year relationship... What else could you ask for?"

We also talked about Nany [of course], how his family is liking the show, his intense issues with Leroy, and THE question: Who he'd bang, kill, and marry.

Oh, and his relationship with Deena from the Jersey Shore, and what MTV show you might see him on soon!

Like I said, if I were one of his roommates, I'd probably want to punch him in the face for all the fighting and drama out at the bars... But I'm not one of his roommates, and that's what makes his attitude hilarious and almost admirable. Sometimes I definitely wish I could not care about anything and be a little selfish.. I think we all do.

If you have someone you want me to talk to or have any questions for anyone- let me know!

PS: Unfortunately, I don't think we'll be having a chat this week. :( Tim Halperin is having a show here in town as part of his tour, and I have to be there. This. Week. Is. Crazy. FORGIVE ME! <3
Tweet
Posted by elizabethany at 2:08 PM

Great podcast Elizabethany. Your next guest should be Nany.