what i think about the 2010 vma's because you care

Tweet I didn't get to watch it on time because of the game, so now I'm a little behind in getting a write-up on here.

I'm going to make this as short and sweet as possible.

First of all- What I think about the fashion and looks on the carpet... Via slideshow/captions:


And now- What I think about the show.

Gabi as the MTV TJ: A lot of people have been asking me what I thought about what she did. You want my honest opinion? Okay, fine. I think she looked amazing, and I think she handled herself well. She was assigned the job of tracking tweets and what everyone was talking about. It wasn't a HUGE role in the show, but for a first gig on MTV, one month after she got hired... I'd say she had the ultimate position and did a damn good job. Sure, I wish I was there... but homegirl is rockin' it, and if anyone deserved that position after a lot of hard work and sacrifices, it's her. 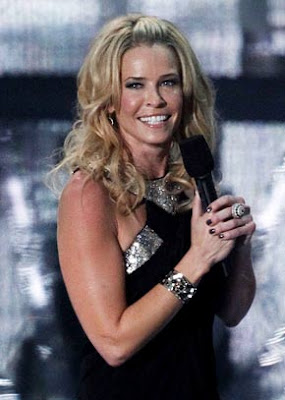 Chelsea Handler as a host: I think someone wrote some pretty corny lines for her, but overall, if you get her humor, she was pretty good! She wasn't as epic as I thought she'd be, but she wasn't anywhere near as bad as some are saying. I wouldn't mind her being the host again. Plus- she looked beautiful. Her skit with Jersey Shore- Lame. With Lindsay Lohan- totally cool because LiLo looked put together which made me smile.

Eminem/Rihanna: You should know I'm not a huge Eminem fan, and if I hear "Love the Way You Lie" one more time, I'M going to start some domestic violence. BUT... Eminem rocked it. He was into it, he was real, it felt good. Rihanna and her bright red hair were beautiful, she sang great, and she was clearly in the moment, too. Great start to the show! Watch if you haven't:


Justin Bieber: Everyone's freaking out because he didn't sing. Shut up. He put on a good show, with some crazy dance moves, and rocked out on the drums, which I had no idea he could do. He's a talented kid, but he's a kid. He used a handicap. Don't use it against him. He's too cute for you to do that, anyway. It's worth watching:


Usher: He sang, he danced, he kicked it old school... Kinda. The visuals [in every performance, really] were pretty freakin' neat, and his dancing is always on point. He was also singing, which wasn't perfect, but that's not what matters. Anyone who likes Usher should definitely watch.


Taylor Swift: Why do people still let her perform on award shows?! SERIOUSLY. She's terrible. She's boring. She can't sing. It's miserable to watch. It's so bad I won't even tell you to watch for a good laugh. She didn't get a good "comeback" to Kanye, nor did she entertain anyone. Epic fail.


Bruno Mars, B.o.B., and Hayley Williams... and Paramore: I'm becoming a big fan of Bruno Mars and B.o.B... Hayley... She's a meh to me for now. The group put on a great, quick collabo, though. She sounded real rough in the beginning, but pulled it together by the end with her band. I'd say it's worth your time:


Drake: I also don't understand why there's so much hype around him and his performances. If you want to say he's a genius and his songs are great.. fine... but his performances are always boring. If it weren't for Mary J. and the awesome visual effects, I would have fallen asleep watching it. Don't bother.


Kanye: A toast to all the douchebags?! Uh.. YES PLEASE! As much as I'm disappointed in the lack of an OMG moment, his red suit with the plain white stage and background were pretty phenomenal. It could be the first performance/song of Kanye's that I thoroughly enjoy. I think you should enjoy it, too. [Plus, the intro from Aziz is freakin' perfect]:


I think that's probably about all there is to talk about besides Gaga's "meat moment." I like what she stands for, I like her purpose in life, I like that she reps her "little monsters" to the fullest. I don't like her going ridiculously over the top like she does and did last night, but when she sang a quick preview of her new song/album, I couldn't help but give her props. Girl's got talent... Just wish she didn't mask it with all the other weirdness.