on the racks: kim kardashian does allure

I used to hate Kim Kardashian, but somehow she's gaining on me. I'm still a bit leery, though... She's calmed down her OMG-I-need-attention phase, but she's next month's cover girl for Allure. 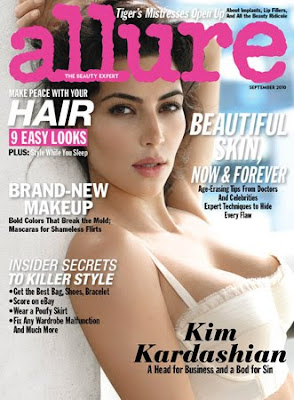 She talks mostly about how much she loves make-up and hair removal and that she loves it everywhere, but this quote about her work ethic caught my eye:

“I feel lazy when I’m not working. I learned all my business sense from my dad. He always believed in me, and I think the last thing he said to me before he passed away was, ‘I know you’re gonna be OK. I’m not worried about you.’”

I always thought she was kinda lazy... Lazier than the other two sisters, right? Unless she counts a zillion photo shoots and dates with uber-hott athletes work...

She shot an episode of Entourage yesterday, so let's hope that it's a good episode, she's a decent actress, and she can prove that she's a hard worker.

On another note, I enjoy that she's not wearing ten pounds of makeup in her Allure shoot, but the outfit has got to go. Not a good look on her body. 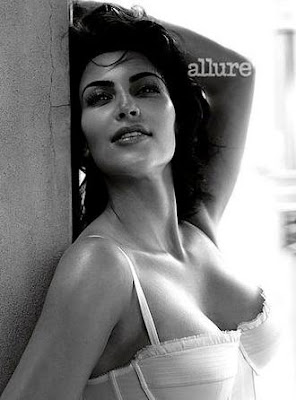 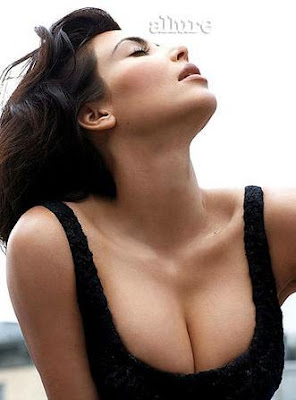 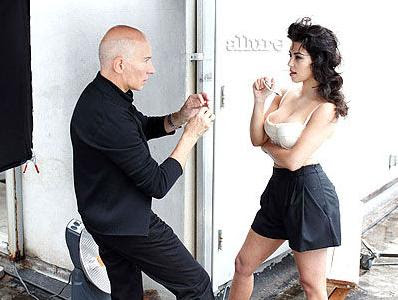 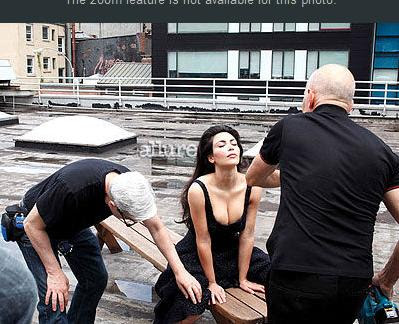