It's time for another round of celebrity lookalikes!

What inspired this update, you ask? Well, I found out last week that I know one of the roommates for the new Real World: Back to New Orleans.

Obviously I didn't know ahead of time, and I haven't talked to him, and no... we're not like BFF's or anything, but he went to WVU and he's from Northern Virginia! [So maybe that does automatically make us BFF's... hmmm...]

Anyway... His name is Eric Patrick. He's a stand-up comedian who graduated from WVU in 2007, and now he's going to be on The Real World.

The funny thing is... I always thought he looked like someone from MTV! I'm not sure what that means, really... He just reminded me of someone who should be on the Real World. He has that look.

Another reason: I could have sworn he was the guy from BreakSk8 on ABDC! I always wanted to try and get him to admit he was the same guy, but I never did. I guess I knew deep down they were just crazy lookalikes. 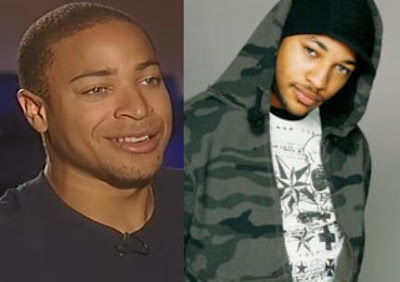 K so that's actually a bad representation for the lookalike factor... But you'll see when he's on MTV! You'll think back and say "OMG ELIZABETHANY WAS RIGHT!"


The next one I have to share is one from Doppelganger Week. My friend Eric [Funny how they're both Eric today, eh?!] put up a picture of Eddie Cahill and I almost pooped my pants. It's a little ridiculous how much they look alike. 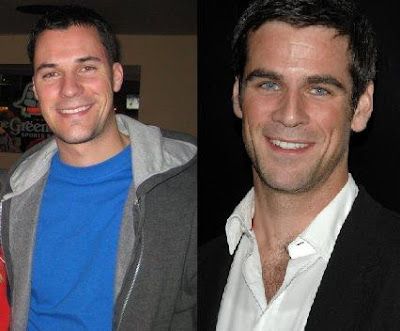 The creepiest part is that their names are very alike, too. Eric/Eddie, Cahill and well, I can't tell you his last name, but it starts with C, and ends with L, and has an A and I in the middle. Weird.


What do you think?! You agree with me, right?!

Don't forget to send me pictures of your lookalikes!

PS: I'll have more info on the upcoming cast of RWNO later this week! Stay tuned!
Posted by elizabethany at 1:20 PM

"But you'll see when he's on MTV! You'll think back and say "OMG ELIZABETHANY WAS RIGHT!""