the best of super bowl 44 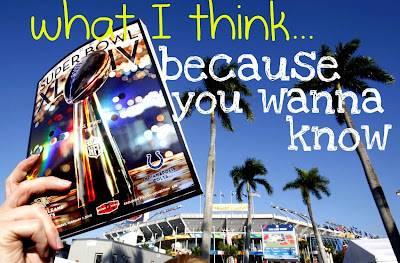 Because you want to know, I'm going to tell you what I thought about last night's big game.

I'm going to completely skip over the halftime show, because that was just a waste of my time and I'm pissed about it. I'd rather not waste any more of my time on The Who.

As for the game- YAY SAINTS!!! I said I'd be rooting for them last week, I made a bet [for ice cream] during the game while they were losing, and sure enough, for once, the team I rooted for came through victorious!

I'm mostly excited for them because of moments like this that were seen afterward: 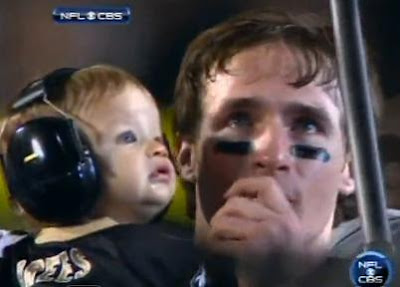 It was maybe the most precious moment I have ever seen in my life. All of the pictures of the team celebrating and Bourbon street going nuts give me chills. 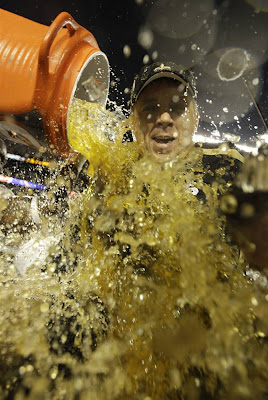 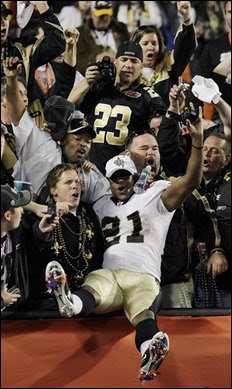 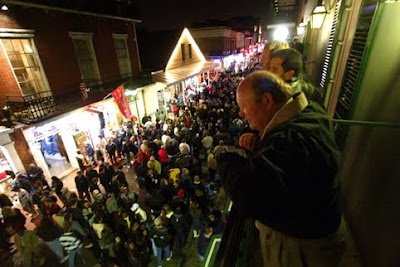 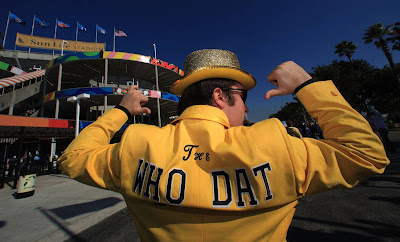 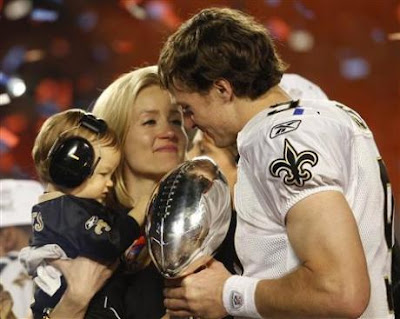 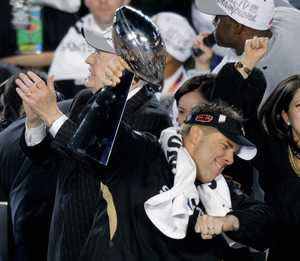 It was a really great freakin' game. My eyes were glued to the TV the whole time. And like the Baltimore Sun says, there's a lot we learned from that game.

So, CONGRATS to the Saints! I believed in you! [Also- I know how to correctly pronounce "New Orleans," unlike all of the commentators and refs.]


Moving right along to the important part of the show... The commercials.

Maybe it's just me, or maybe it was the drinks successfully going down one by one, but all of the good commercials seemed to be within the first quarter. Correct?! Maybe the first half.

Anyway, here are my favorites [in no particular order]:


Doritos and their house rules:

So. Freakin'. Great. The kid is cute and hilarious, and... Well, that's enough for me.

Everyone has googly eyes for The Simpsons right now because of their anniversary, and leave it to Coke to capitalize on it. A job very well done.

I love that Brett Favre can laugh about it, but I really am annoyed by his retirement actions. Anyway, this is absolutely my favorite commercial of the night. I laughed out loud... Very loudly.


Bud Light does the auto-tune with T-Pain

Ya know, it didn't seem like there were that many celeb cameos on the ads this year... Could it be the economy?! Everyone's jumped on T-Pain's autotune bandwagon, and though it's a little late, I say better late than never for Bud Light.

Maybe this commercial is attacking the government a bit, and maybe some people think kids shouldn't be saying such things... Pfffttt! I think this commercial was genius, hilarious, and completely unexpected. A+++.


Everyone is talking about their favorites today, of course.. And though I didn't LOVE any of these, everyone else does, so I figure I should share them:


Cool- alright. Amazing, blow me away commercial? Not at all.


If you want to watch them all, I think most of them are right here... For your convenience!


As a side-note: The show after the game, Undercover Boss-- GREAT show so far! I definitely enjoyed it and the idea behind it. Bravo, CBS!


That's all for this year's football. Gah. Excuse me while I go cry for a few months.