skins vs saints: my reaction, because you care 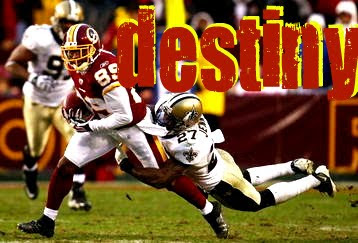 Well, the Washington Redskins stayed on track this week as they lost another “should have won” game. They lost to the undefeated New Orleans Saints in overtime after one hell of a game.

So many things happened in this game that were simply unlucky for the Redskins. It almost seems as if the Saints remaining undefeated was destiny or just meant to be. It just makes me sick to look at the final score and see the Redskins lose yet another when they should have won.

To read more about the game that has everyone talking including Mikey P, click here!
Posted by elizabethany at 10:54 AM