VH1 is supposed to be turning their ways ever since the crazy contestant on the Megan millionaire show.

So what are they doing now?! Making a reality show about turning unprepared men into good fathers. 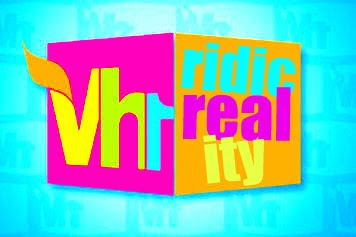 I imagine this being Tool Academy, with the addition of some kids in the picture. [Even though I'm sure 75% of the tools do have kids to go along with their crazy baby mamas who put them on the show in the first place.]

To make my claim even more probable: It's going to be called "Dad Camp."

"In a lot of ways, men aren't what they used to be. We've made it so easy for men to walk away from their responsibilities. These guys still want to hang with their buddies, and it's time for them to man-up and take responsibility."
-Executive Producer JD Roth

Hold on... So dads can't hang with their friends, or they can't act like complete d-bags?! There's a difference, VH1 peeps.

"We've been evolving for a while now, and some of the shows are aspirational, but we're not trying to be the Hallmark Channel, but we are trying to tap all the different moods in pop culture."
-VH1 Programming Head Jeff Olde

Their other "aspirational" shows include some that will feature Jessica Simpson and Fantasia.........

This should be interesting. I probably will watch an episode or two, just to say "yep, another one bites the dust."

At least they're branching off and finding new characters to join their reality TV cult.