i spy: the real chris cooley?

I said I was going to do a football post every Monday, and this week I'm choosing to bring back my I Spy posts with a story from Friday night.

I went out with Kane and other HOT 99.5'ers, along with Tipsy Tonya from the Vibe Show to Bunker Sports Cafe in Leesburg. [For the record: It's always a crazy good time when I go there with the station. People there are hilarious.]

It was going like any other night at Bunker: trashy dancing, crazy fans, and eating vanilla pudding and banana contests. [Yes, that is meant to be very dirty... But it's a real game we play!]

Then... As if the heavens were shining down from above... Erick tells me Chris Cooley is there. Tonya and I immediately went over to his empty table and calmly and casually introduced ourselves. 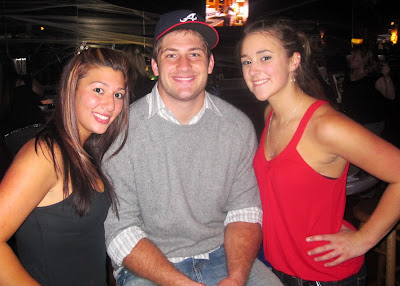 I've met the guy a couple times after games and we all know I read his blog pretty religiously. I always thought he was the coolest guy to grace the DC sports world...

...After Friday... I hate to say it.... But I'm worried that my opinion drastically changed. He was less than "COOOOOL."

I know he's under crazy pressure because the Redskins are just downright terrible this year for whatever reason, and that he totally deserves nights out on the town to get hammered... But his actions were so disheartening. He was basically a giant d-bag.

I thought he appreciated his fans more than anyone else who 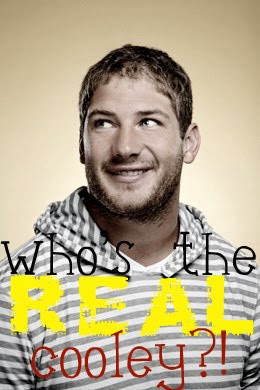 has actually made a name for themselves on that team, but he seemed purely annoyed when anyone approached him.
I thought he was funny, down-to-earth, and just a guy-next-door, but instead he totally told me to F off when I was talking to people he knew.
I thought he was so in love with his wife and would never even flirt with another girl [okay, maybe that's a bit far fetched], but he was wedding ring-less and buying drinks for some blondie all night.

Again... I can't stand the thought of saying this Chris COOOOOLEY that I met on Friday is the real one.. It's like finding out Santa isn't real... So I hope that I get to see him again soon. He did talk to us nicely a couple times for a second, so maybe he was just uber drunk.

I also hope that the next time I do see him, Tanner is with him. I still think we could be great friends... His posts make me laugh the hardest. Plus, I have a couple of really great questions that I've written down to ask the both of them if I ever get a chance to interview the brothers.

Sorry, Chris... I don't mean to call you a d-bag, and I appreciate the picture and couple of conversations... But my heart, along with Tonya's, was broken after Friday night. I hope it was your evil twin brother.