Confession: I was a Barbie freak growing up. So much of one that I played with them until I was in the 8th grade... At least.

Another confession: I'm uber jealous they've been coming out with cool Barbies ever since then because I can't go out and buy them and consider myself a normal 22 year old. Lame.

I say this because they are now introducing a new "line" of black Barbies... Ones that have features that "more closely resemble the features of a black woman."

First of all- No Barbie has relatively real or proportional features, but whatever.

Apparently they have fuller lips, a wider nose, and curly hair. 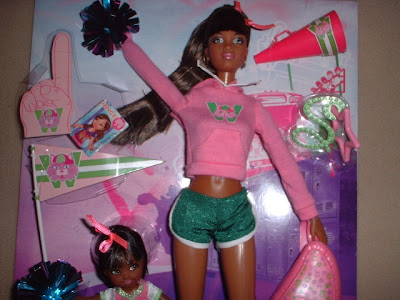 This is Grace and lil sis Courtney 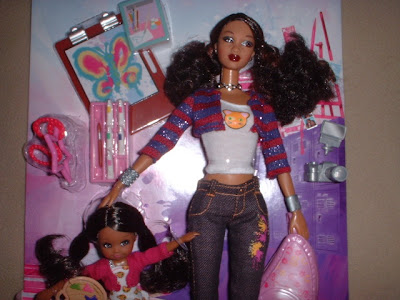 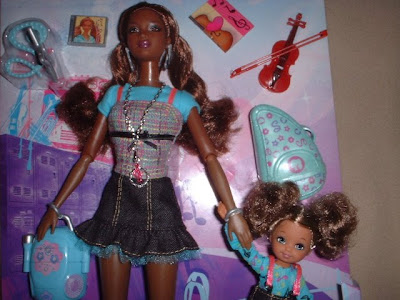 Well... Interesting name choices, for sure. I'm surprised they didn't just go with Shaniqua or something. They seem to have 3 different complexions which is cool, for sure. Trichelle looks like she's got some Puerto Rican blood in her!

The creator of the dolls, Stacey McBride-Irby said this about her dolls:

“I believe that a happy inspired childhood creates happy, inspired, powerful women. I want my new So In Style dolls to not only be an authentic representation of my community and culture, but to also encourage girls to be inspired and dream big.”

They're definitely not the black Barbies I had, and they are pretty... But dang... The make-up is out of control! They look like the hookers you see on documentaries on HBO or whatever late at night. Yikes.

Email ThisBlogThis!Share to TwitterShare to FacebookShare to Pinterest
Labels: back then, nifty things, toys