Believe it or not, I don't watch much TV. I just don't have the time to so when I do watch it, it's thanks to DVR. 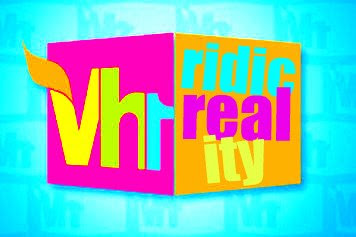 This weekend I was able to lay around for a couple hours and watch some great television. [By great, I obviously mean not-so-great.]

At one point I had VH1 on [probably because of the ridiculous TO Show] and suddenly the premiere of their newest love/dating show comes on: Megan Wants a Millionaire.

WHAT?! Are we serious, VH1?! This chic has been on at least 4 of their shows already, and now they're recycling her to have this horrible show.

I really couldn't watch much more of it than to see the guys who were on the show, and the gifts she was giving them "from the heart." Her equivalent to the Bachelor's rose= A credit card. Oh my gracious.

The guys are creepy and full of themselves, of course. They all share their net worth, and are looking for a trophy wife in Megan. I would never date any of these dudes.

Because it's VH1, who wants to bet this movie producer is the winner in the end?

Unfortunately he actually got eliminated in the first round. [Not smart, VH1.] Here were his entertaining parting words:

“I think in a case like this you have to be philosophical. And I’m just going to try to take the advice of a very wise woman named Lady Gaga. I believe she said, ‘Just dance. It’ll be okay. Just dance.’”

He totally stole that from Ellen, but I'm okay with it.

That will be the last time I watch that show, though. Maybe I'll catch the finale, but it's highly doubtful. I'd rather be watching The Game on BET.