celebs are flashing their private parts

It's nothing new. It happens at least once a weekend. Still, depending on the person, it never really gets old.

Two people were "showin' off their goodies" recently. One probably on accident, one definitely not an accident. One male, one female... Or so we think...?

Exhibit A: Soulja Boy on Twitpic. 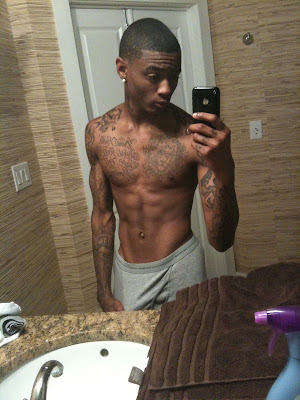 Homeboy LOVES posting pictures of him half naked or of his millions of tattoos swarming his body. [A little awkward, sometimes...] This time he's trying to show his junk through his boxers and.... I really just don't know what to say about this.

This first one isn't too terrible, it's basically the equivalent of Shawn Johnson's Dancing partner. The second one... You're going to need to click here for.

Who is this guy?! I mean, he's not just sextin' a couple hookers, he's sending this out to millions of people who follow him! Aye yi yi.


Exhibit B: Lady Gaga on stage.

This has the potential to be even more awkward.

There's always been a rumor that Gaga is actually a man, and people have always tried to point out her penis, but this video could either be proof, or a huge magic trick for the eye. 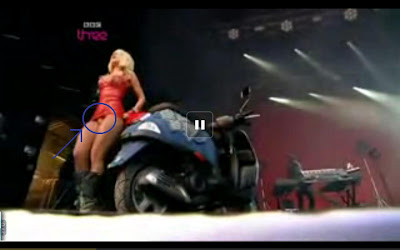 People are saying that she has confirmed that she's a hermaphrodite, but I'm not buying it until it's a legit source saying it. Although.... I don't think my eyes are being deceived at this point.


C'mon people... Keep your ish inside your pants until it's at least a little more private, will ya?! Kthanks.