a winter getaway to puerto rico: day one in san juan

Every year I've said I'm going to go back to Mardi Gras. Every year I try, and every year it's impossible to get people to commit. So when it was two weeks away, I knew I'd be sad if I wasn't there or anywhere, and there were three feet of snow outside- I booked a trip to Puerto Rico.

There was a list of the cheap places to go in the winter, so I looked up flights and Airbnb's for all of them and picked the cheapest option. A $300 flight, two Airbnb's that cost $60-70/night, and a $50 car rental later, I was ready to go.

As much as I'd love to get some stamps on my passport, Puerto Rico seemed easy to plan within the ten days I had until I left, and I was able to get in early Saturday morning and leave Tuesday night... ain't nobody wanna waste time off.

When you land somewhere warm, the first thing you wanna do is get to the beach. A friend who was from there recommended Condado Beach, so BAM. 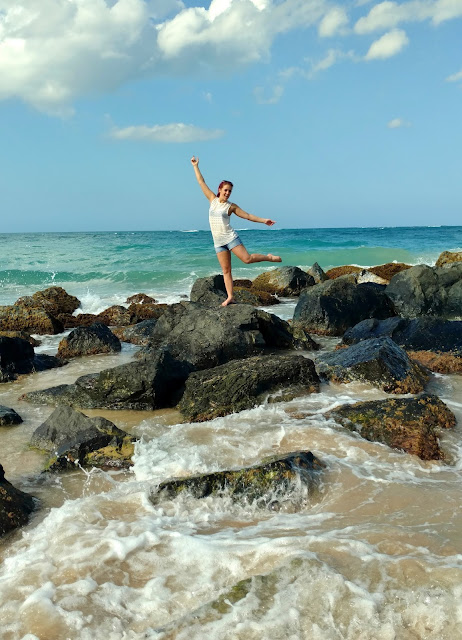 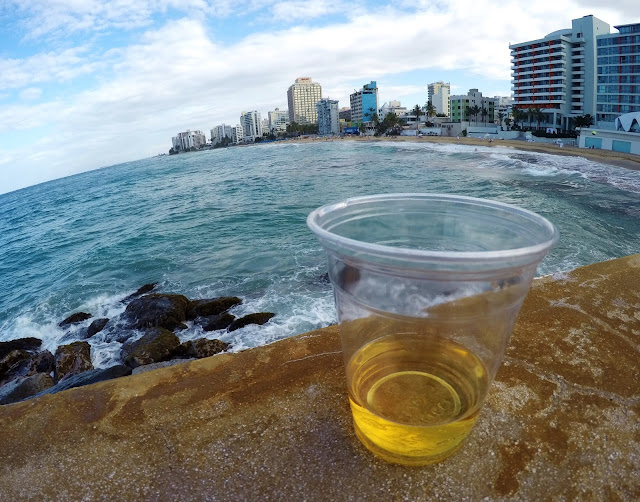 This side of the Atlantic is a lot prettier than the one I'm used to.... 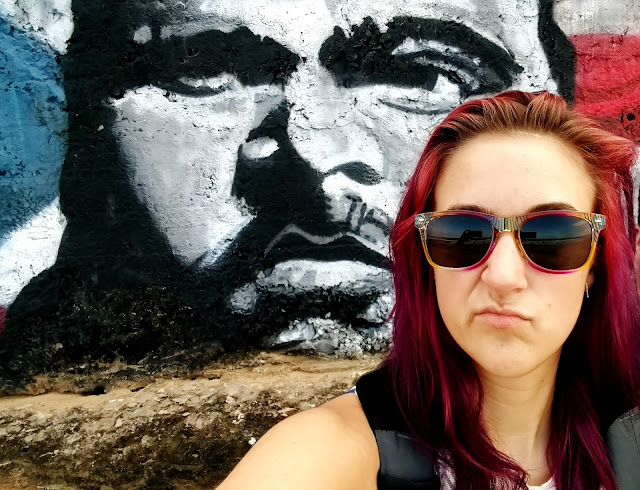 What might be considered trashy in some places was pretty awesome in Puerto Rico. I was into the graffiti lining the sandy beach.

Is it a sign of old age if you'd rather get to exploring than enjoy beverages on the beach?! Because I headed right to Old San Juan after just two sandy bar drinks. WHO AM I?! WHO HAVE I BECOME?! 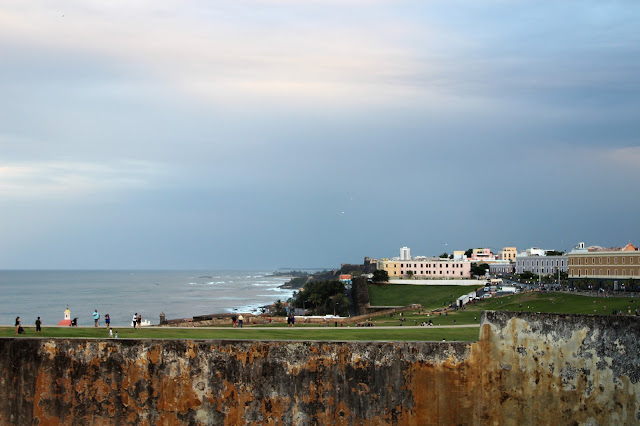 Who knew I'd like seeing such a historic place?! A fort! A cemetary! 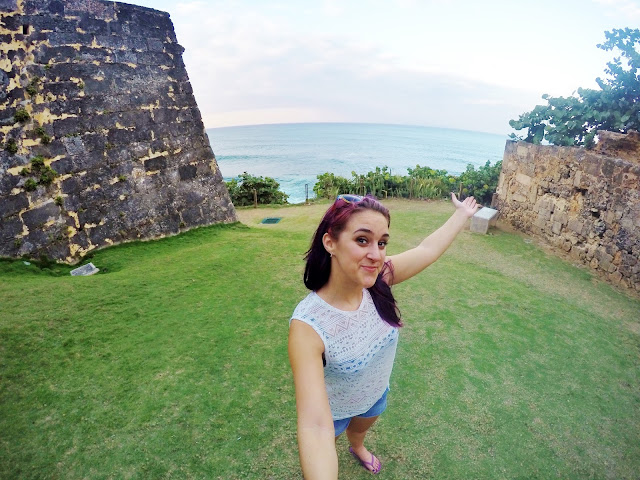 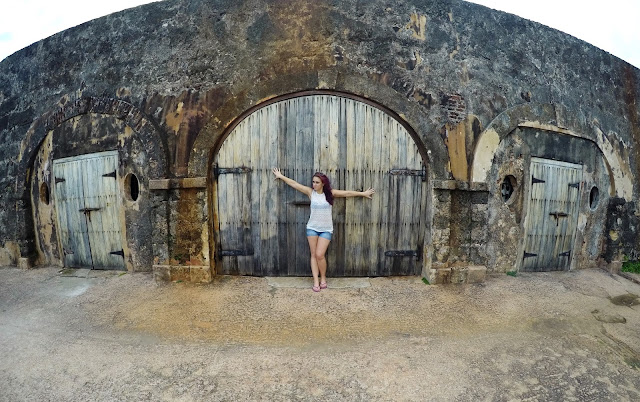 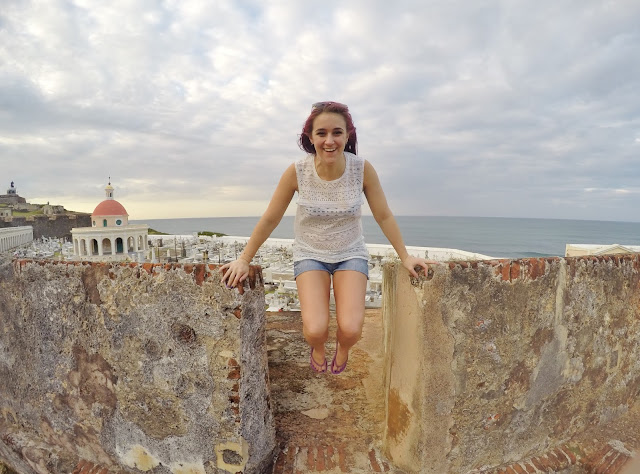 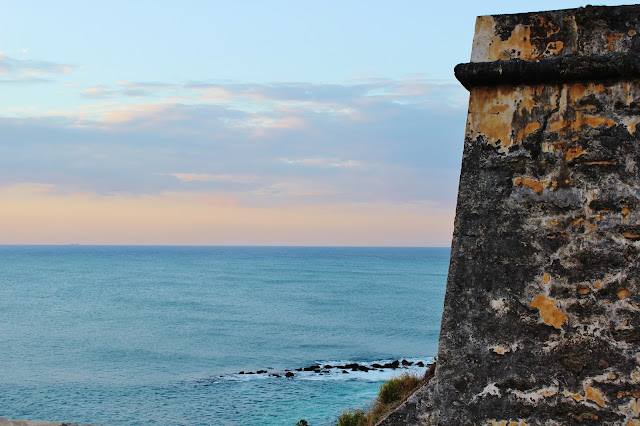 This is no Manassas Battlefield, that's for damn sure.
It was gorgeous. And the sunset changed colors so many times and looked magical. 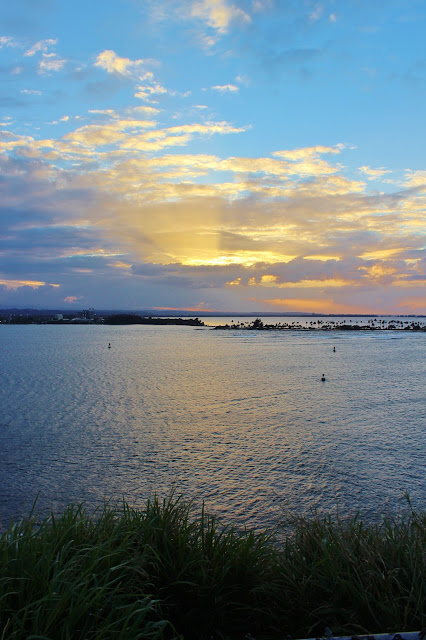 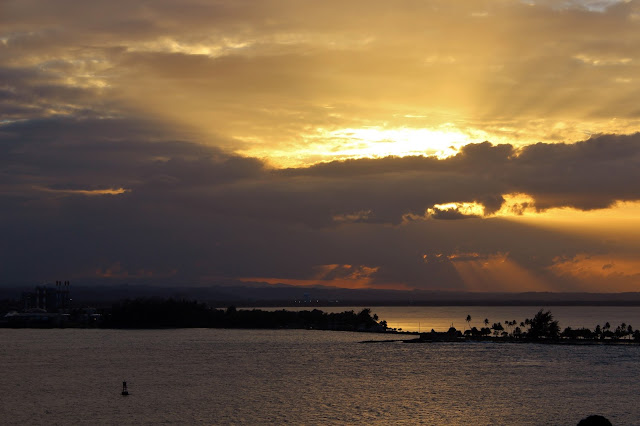 I got some recommendations for dinner in Old San Juan at Greengos Cantina and made best friends with the murals. 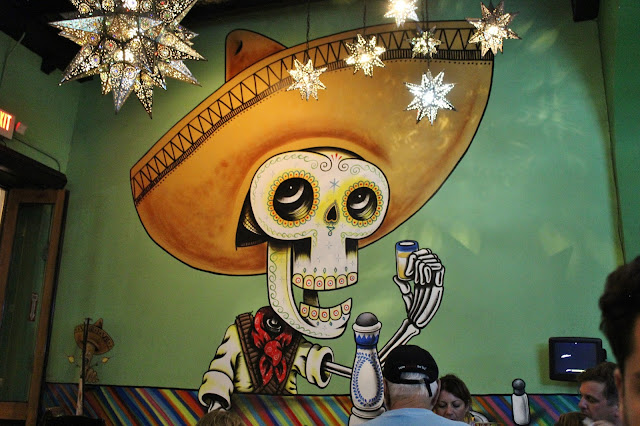 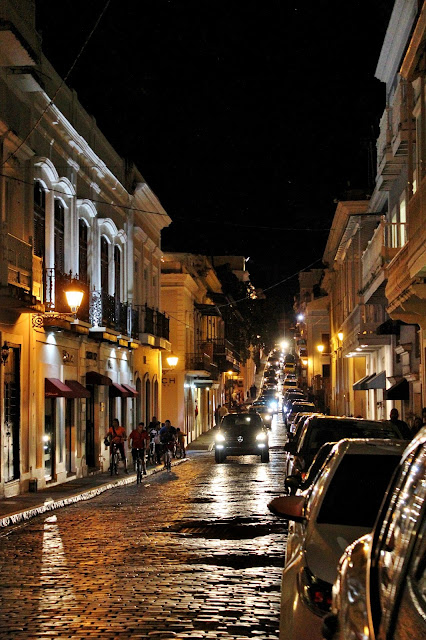 The streets are, well, OLD. [And lined with stray cats, but we'll get into that later.] There was also an open church service going on and I have no idea if that's normal or not, but a church has never seemed so welcoming to me. 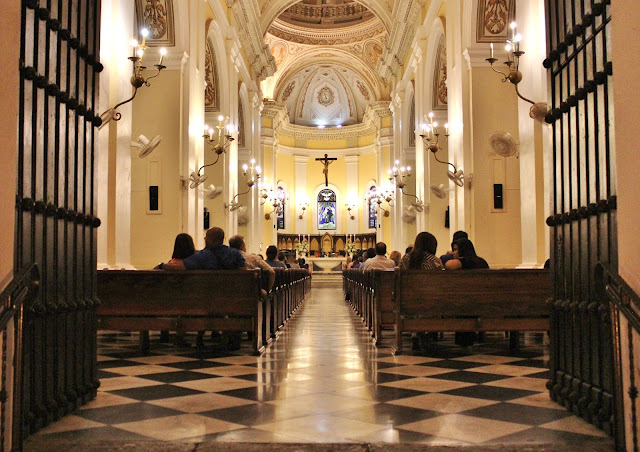 I wish we could have stayed longer, but home for the night was in Arecibo, about 45 minutes away. For the Super Bowl the next night, they were showing the game on a big screen at the fort. That woulda been hella neat. 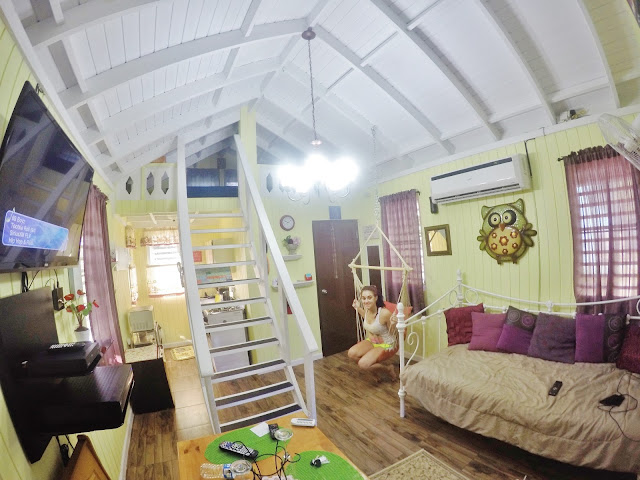 HOME for the night! A tiny house in Arecibo!
It was the cutest thing in the owner's side yard/on a farm. It wasn't on the beach or anything, but I got to say I stayed in a tiny house! The bed was in the loft area, it had that hammock chair, a great shower, and wifi to upload pics- I was set.

When booking this house, I had no idea that it was in my coach's hometown. I could tell how excited he was for me through texts as his usual sass turned into tour guide speak. Arecibo is [apparently] one of the three biggest cities in PR but let me tell you- don't expect any kind of poppin' night life. There was a local bar with delicious sangria I found on Yelp, with a solid eight people inside. It was cool to see the local scene, but the tiny house bed seemed even cooler after an hour.

This was only 8 hours of my trip... and I have so much more to share! If I'm gonna take the extra time to take pictures of everything, I'll need people to share them with. Thanks for being my person.

Ah yay! I'm glad you went to Greengos! Did you like it?!