photo diary: my trip to canada!

Last time I had a real, monthly new year's resolution, I was half-assing it by March and given up by June. [When I did the one second video a day thing.] I won't let that happen with this year's! I will travel once a month!

For March, I booked a last minute flight and headed up to New York, then Niagara Falls and Toronto for a whirlwind 40 hour total trip.

I knew nothing about either of the cities, didn't book a hotel in advance, and was hammered while packing the night before so... to say I was unprepared would be an understatement. I share this info because a lot of times people come up with excuses not to travel or think it takes a lot of effort or time. It doesn't. You go to Hipmunk, book a flight, pack some random ish, and go.

Once we got into the city, we drove around to see what area would be fun to stay in. Lake-front was the best. I wish I had saved my Snap of our view... the lake was frozen and there was a brewery a couple steps away. Hi, Heaven.

I looked at Pinterest for some Toronto ideas, asked Facebook for suggestions, and made a shortlist of what to do within ten minutes. First stop [after the brewery and poutine, of course]: Chill Ice Lounge. An entire bar made of ice. 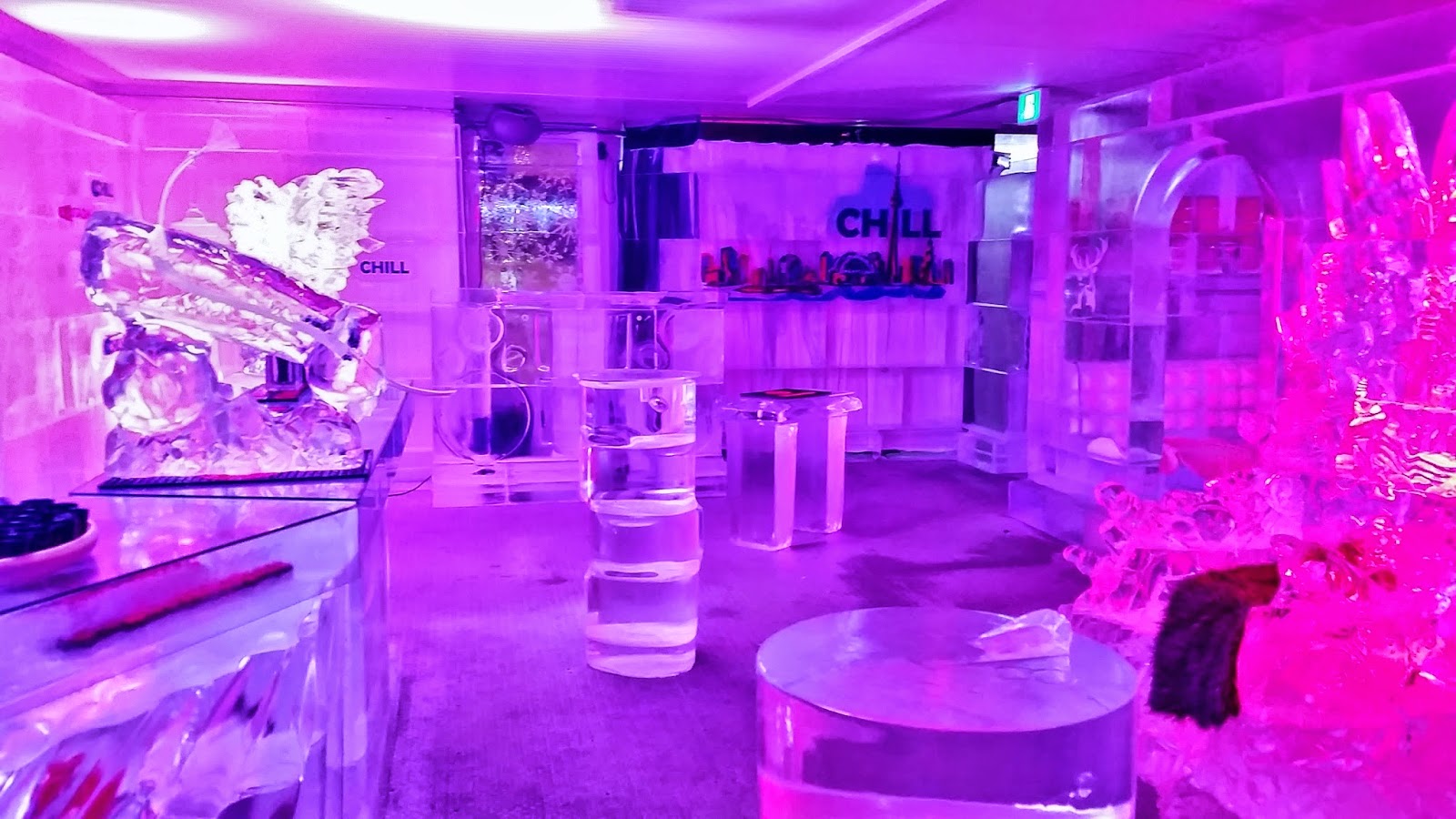 The lights make it hard to really show off how cool it was [plus I'm too busy to get all crazy in Photoshop with it right now, sorry], but look at it! It was pretty small, and empty [it was 8:00.. they were expecting a big PBR sponsored party at 10].

That's a Jay Z Santa, yes. They said it was so good they couldn't take it down. Good call. The colors you see is dyed snow. Everything. Ice. All of it.


We went to a handful of other bars that looked fun and the one thing they all had in common: very friendly people. Canadians are great! We always found someone to talk to. I feel like I could move there and find great friends within two days.

One of the recommendations I got was to find a bacon sandwich place called Rashers. I'm not the biggest bacon fan, but how can you not go to such a place?! Holy sweet baby Jesus it was delicious.

That's my bacon, brie, egg, and carmelized onions sandwich. Clearly I gave zero effs about the diet/workout routine I've been busting my ass to keep up with.
We also stopped by Ripley's Aquarium. Not gonna lie, I didn't think it was something we should spend our time with... but their main aquarium with the sharks and stuff was a glass tunnel. They were swimming, laying, whatever RIGHT OVER TOP OF US. That's an angle of a shark I didn't expect to ever see, and I'd be cool with never seeing it again. 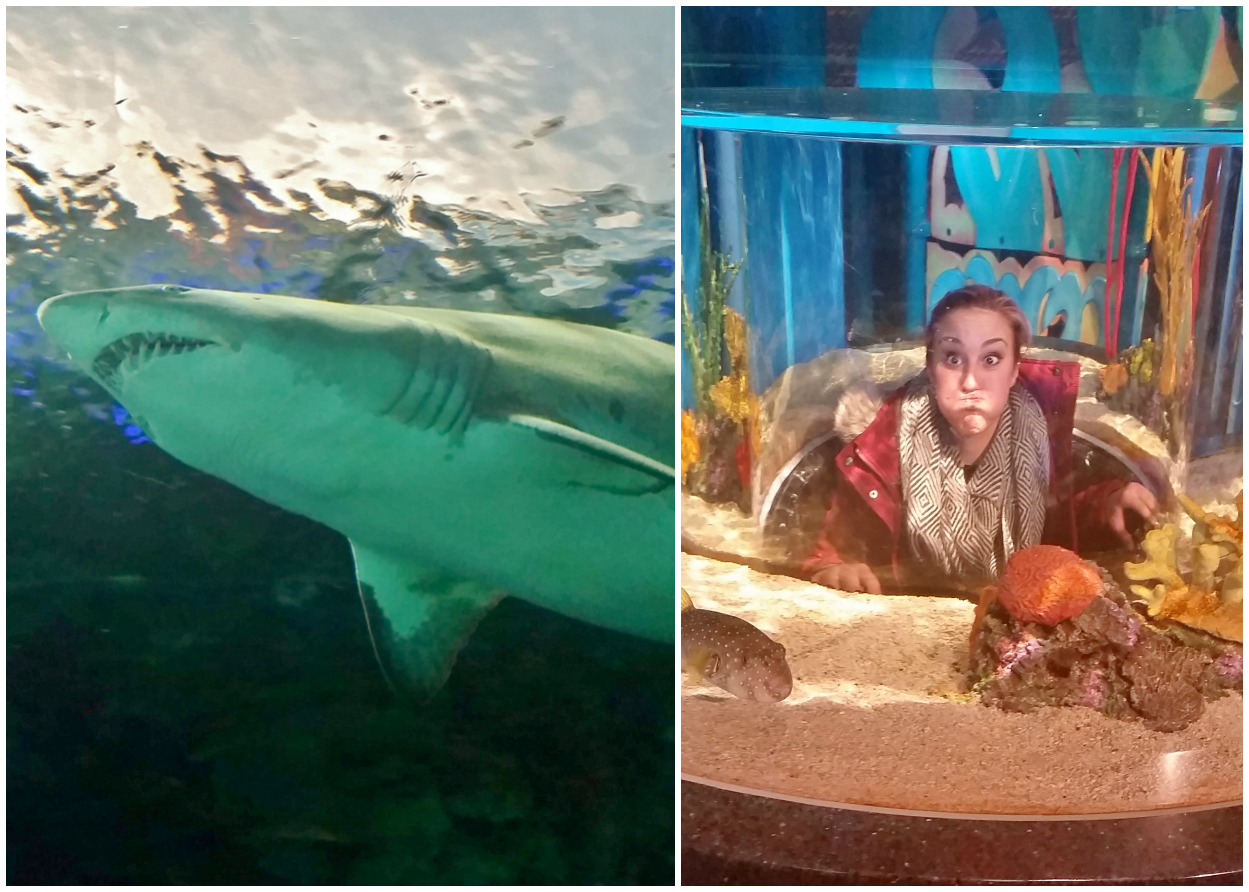 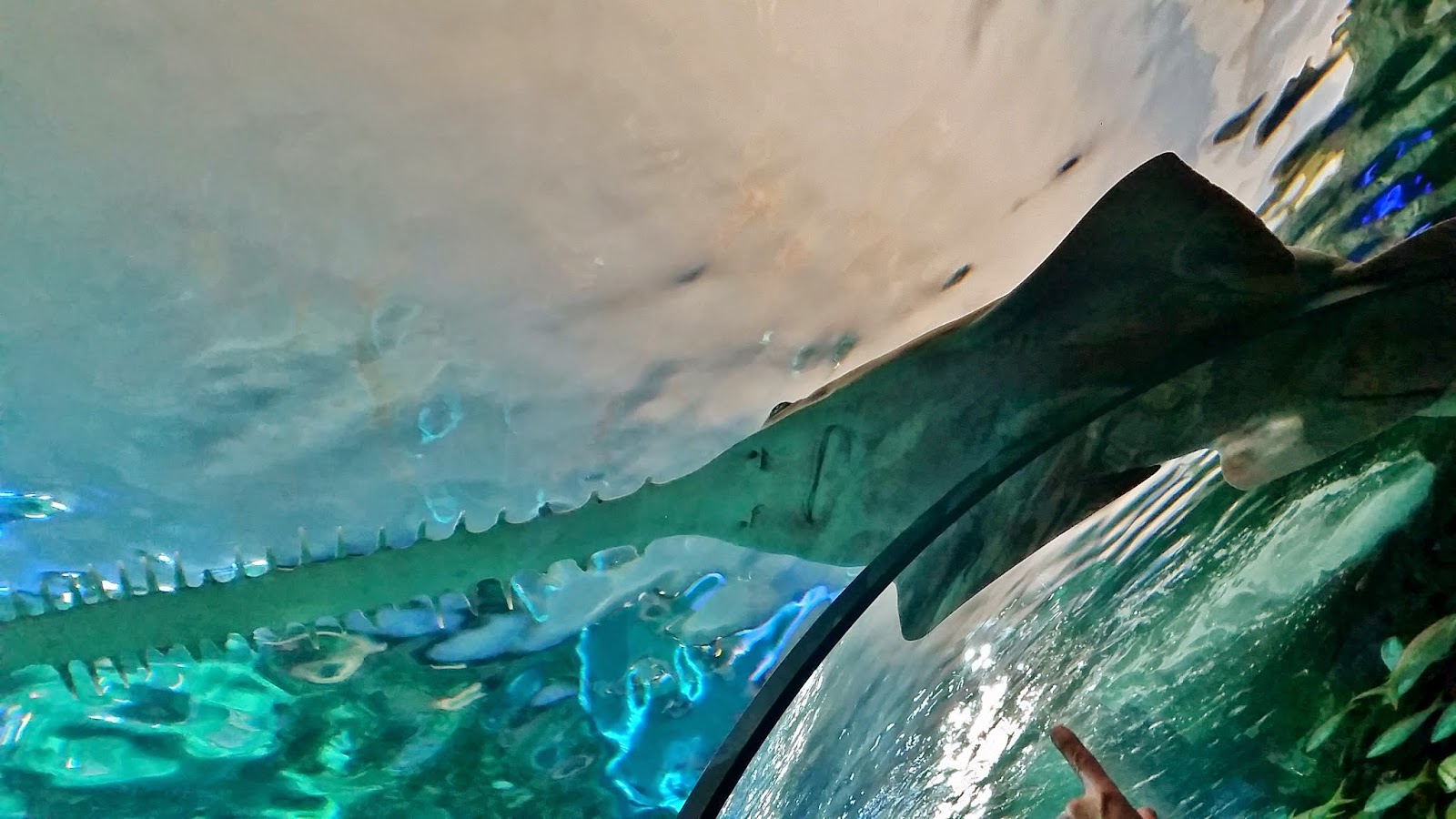 The number one recommendation from Facebook and online was going to the top of the CN Tower. Being the cheap B that I am, it drove me crazy to pay money to go to the top of a building.. but who knows when I'll come back to this awesome city again. When you're traveling, you gotta just do everything you possibly can. 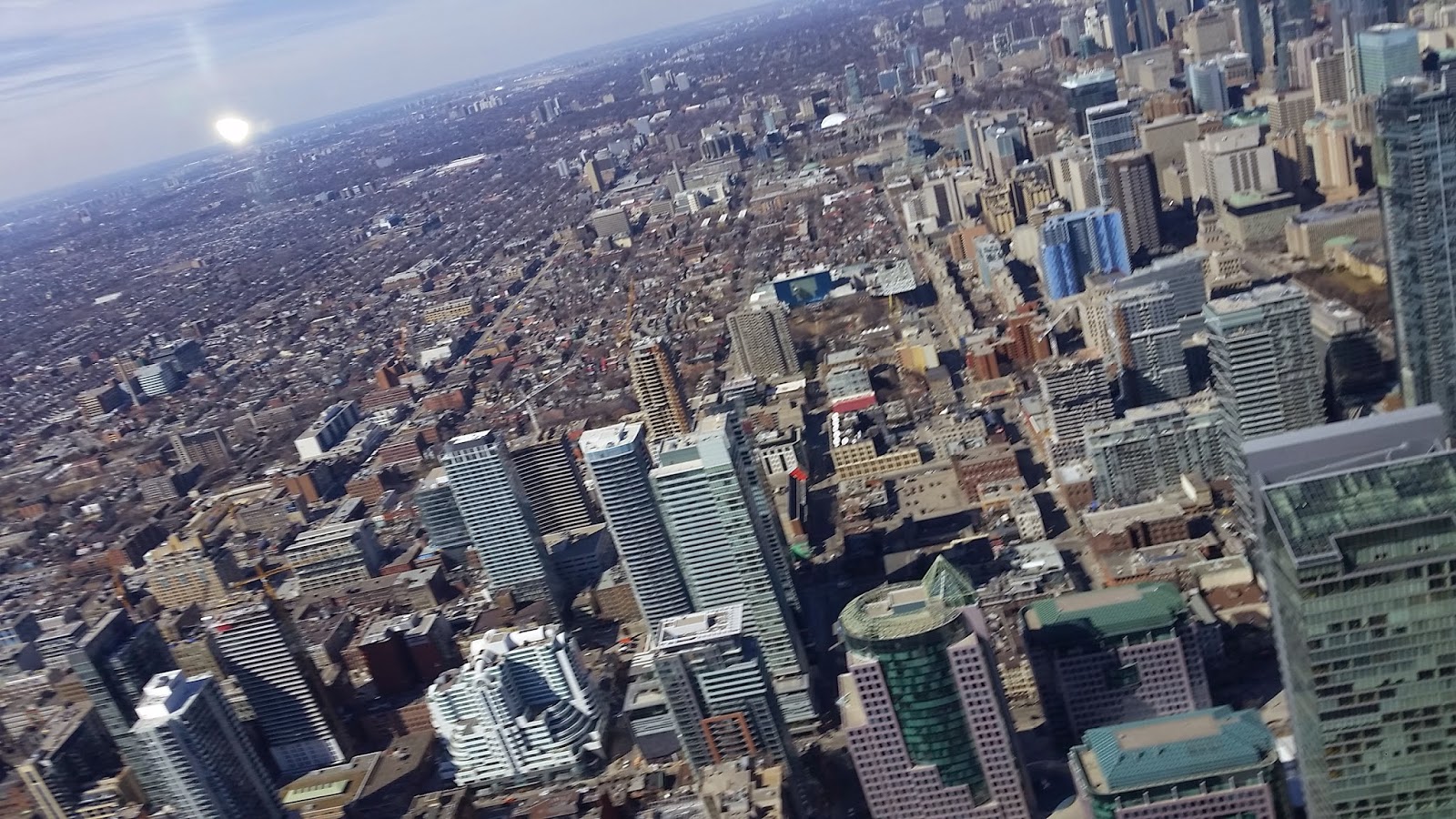 And seriously.... look at this view. 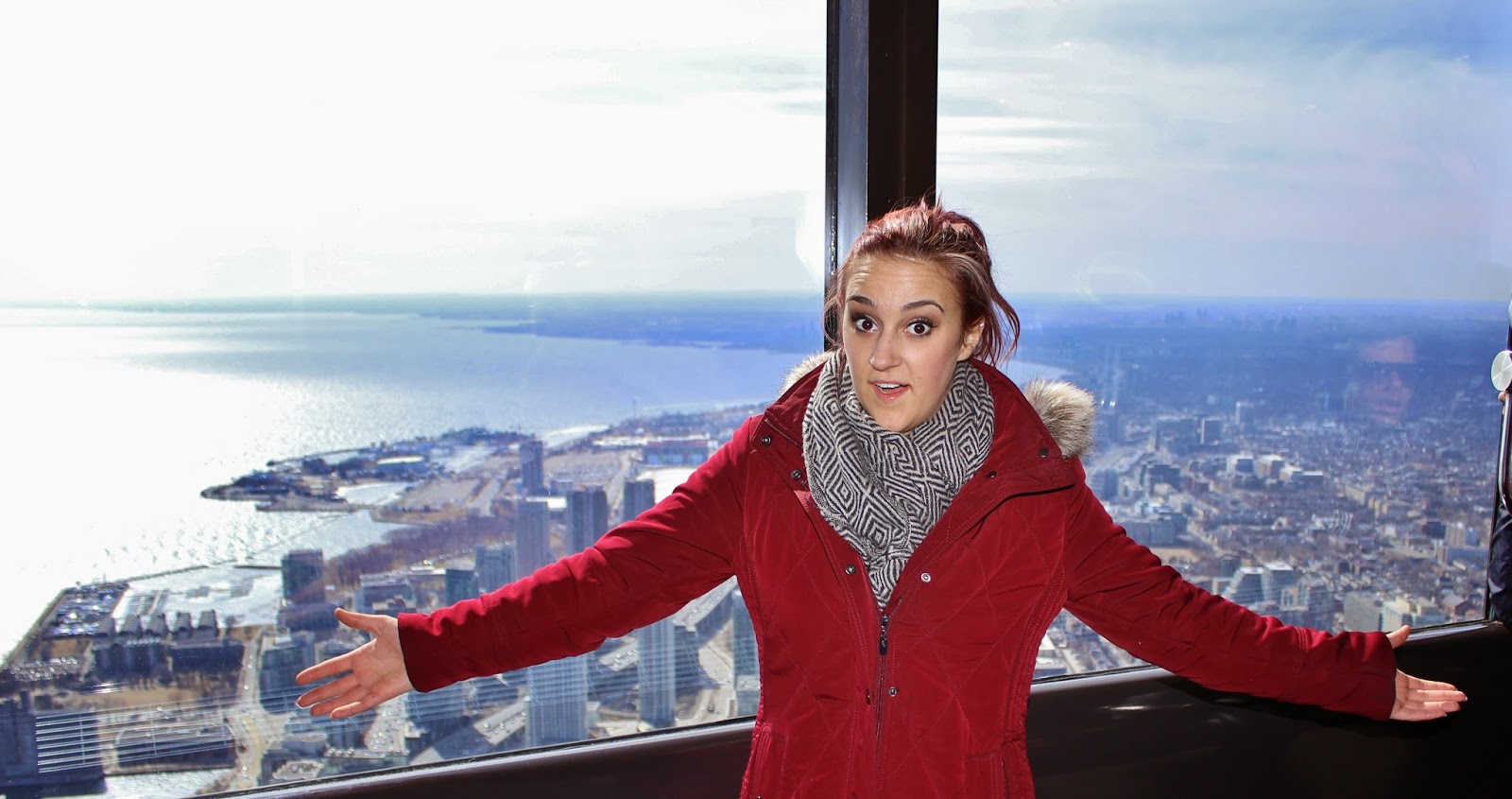 They kept acting like this "glass floor" was the coolest thing... but it was a couple tiles of glass inside, with a terrible view of nothing but a street below. You shoulda seen the look of actual fear on some people's faces when they got close to them, though. 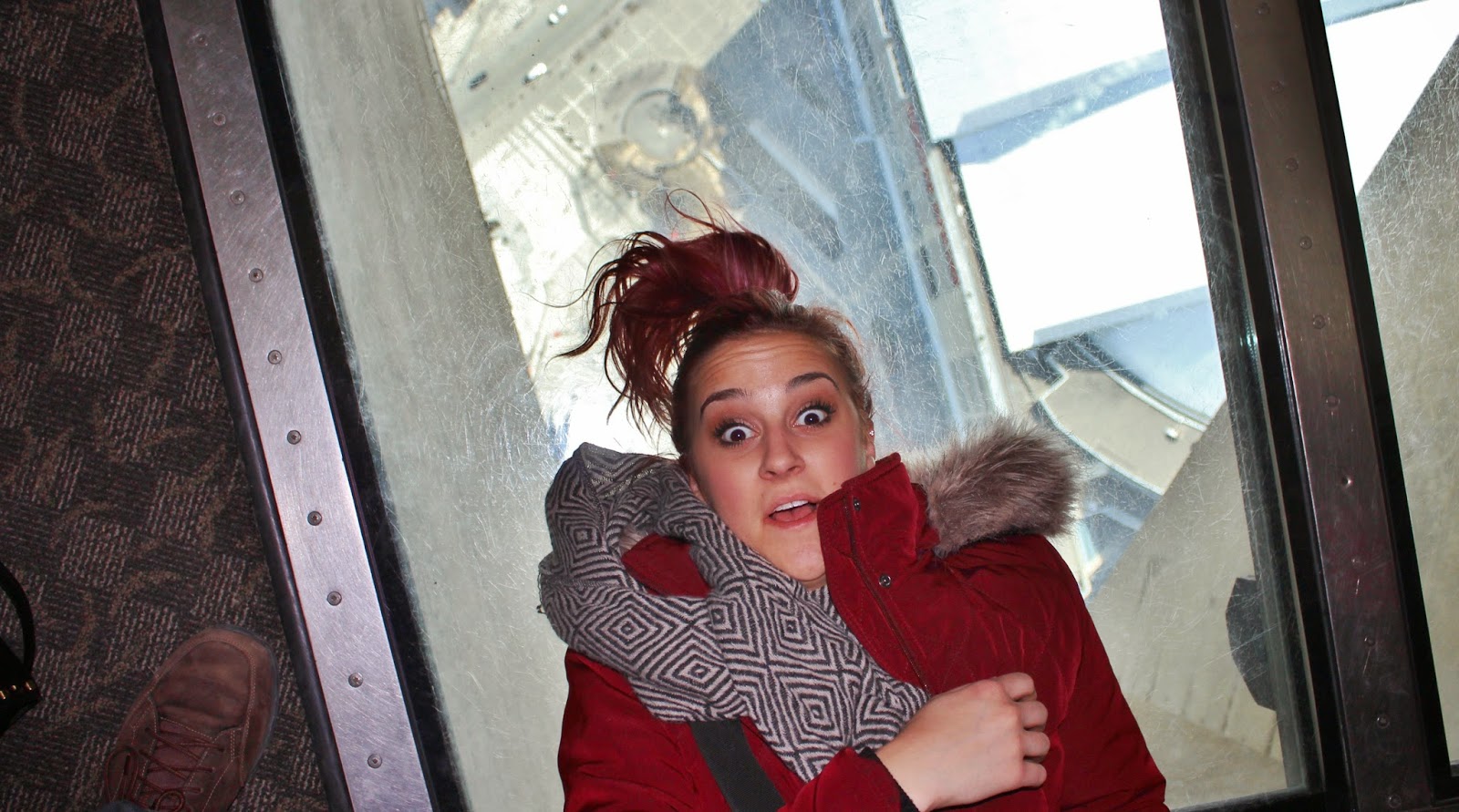 Considering I was in Toronto for exactly 24 hours, I'd say we got a lot done. Then it was on to Niagara... about 90 minutes away.

I've said this to everyone, and they've all looked at me like I'm a crazy bish, but I expected them to be bigger. Yes, they're big. They're gorgeous, and I don't know how big I expected them to be, but I definitely expected much larger. I will say that I'm actually glad I went in the winter. It's pretty neat to see all the ice. 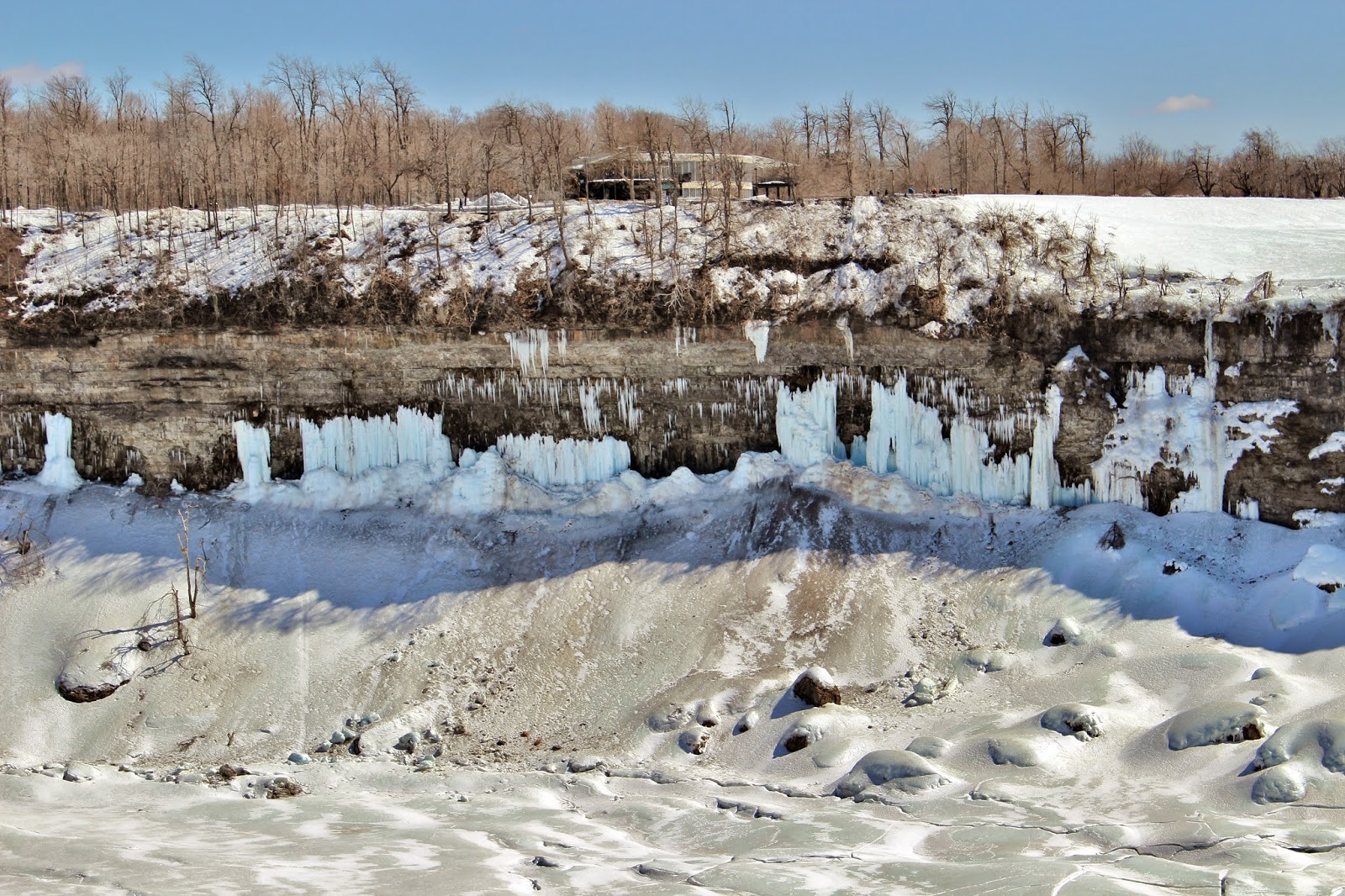 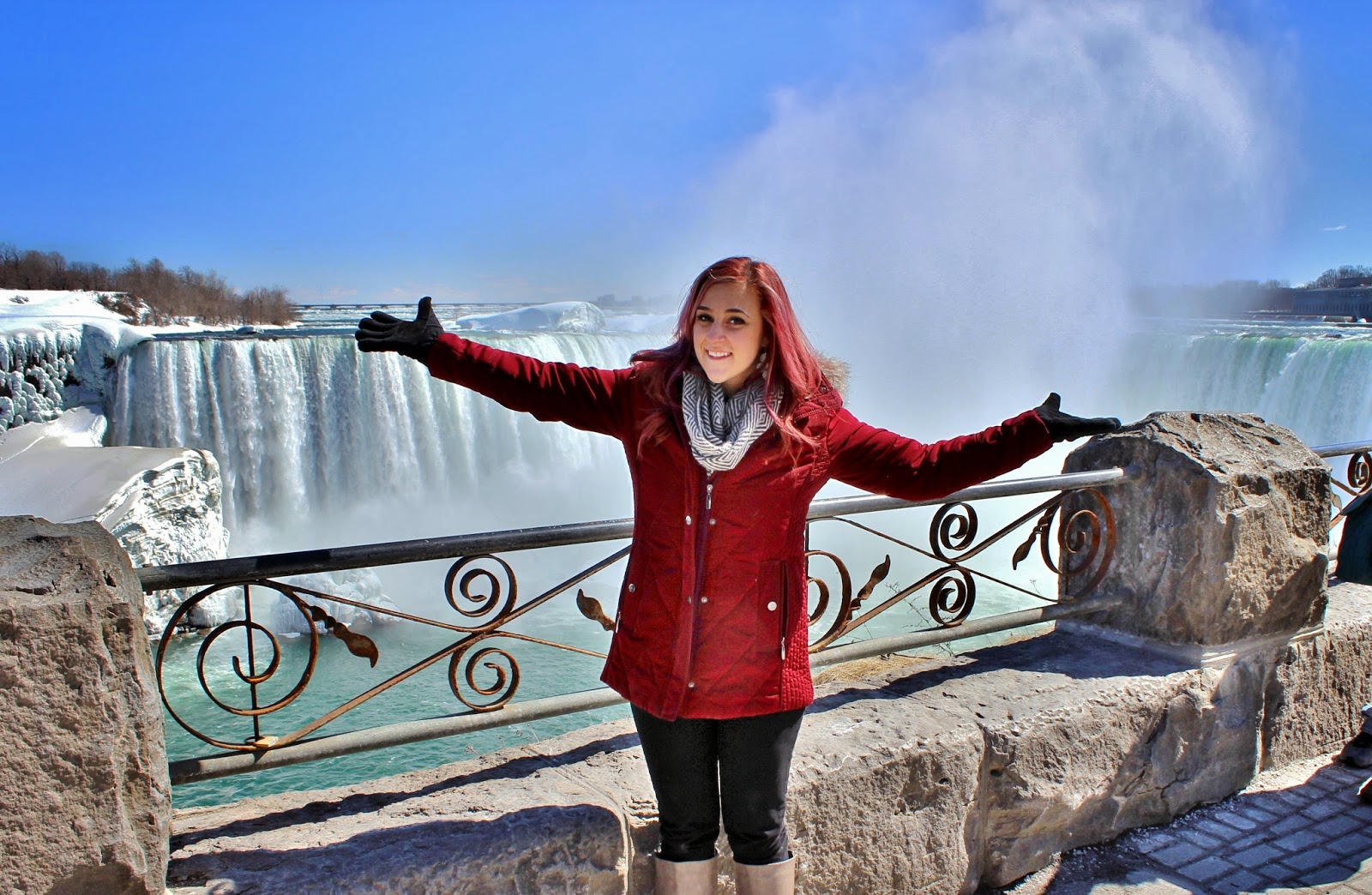 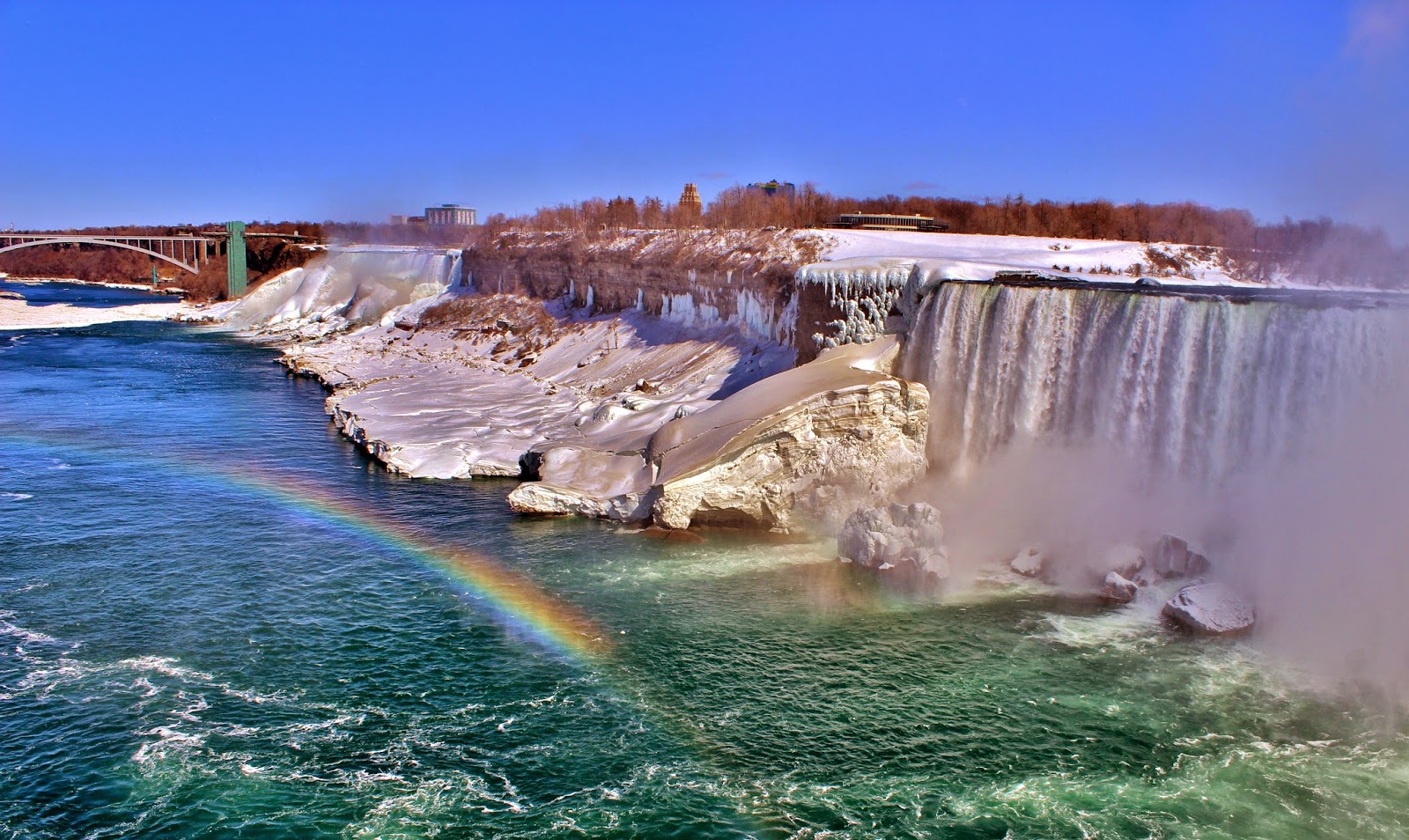 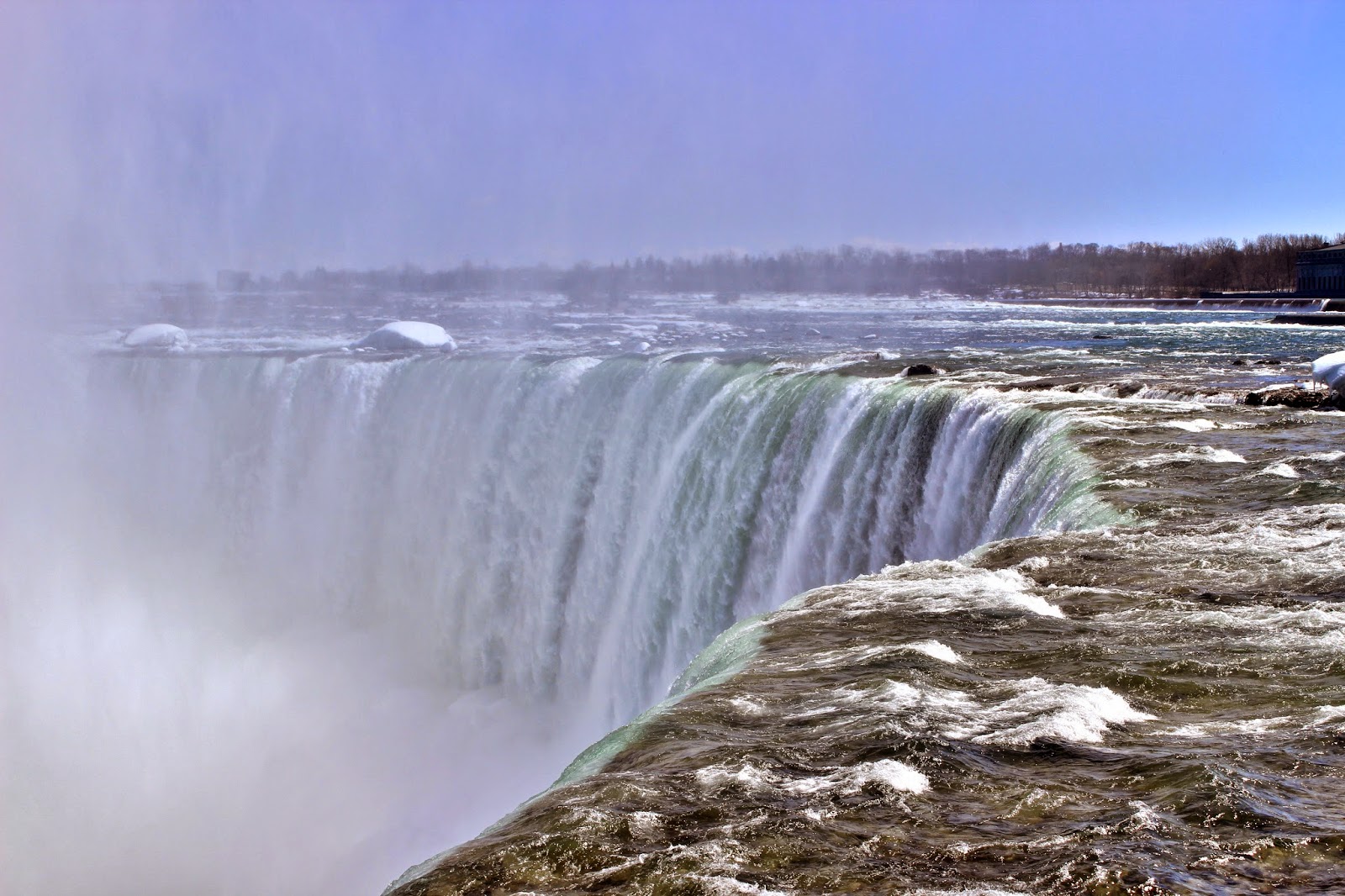 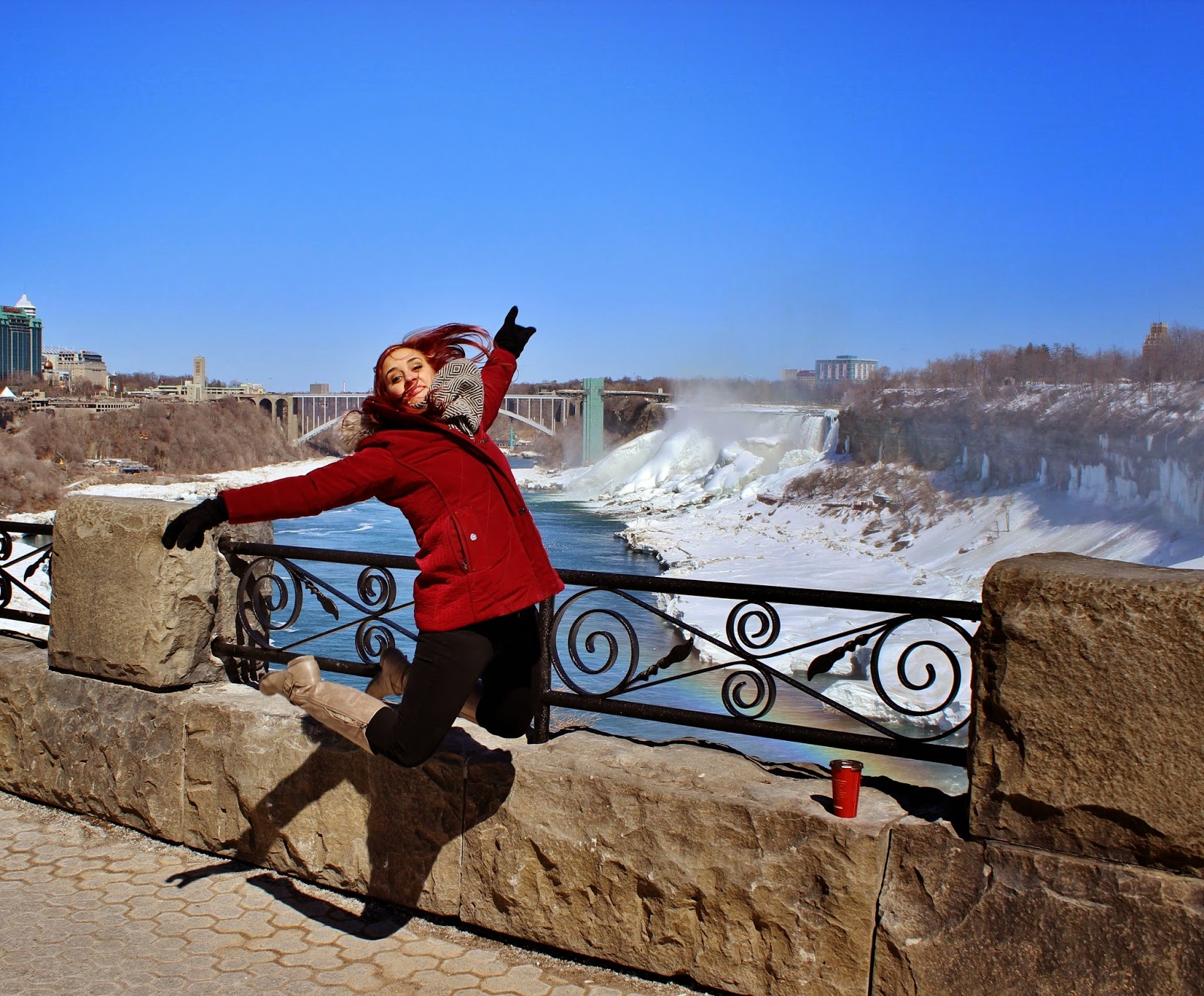 40 hours. That's how much time I had for this trip, including travel.

Considering I've never been much of a traveler, I never thought someone would say I was inspiring them into taking more trips.... but it feels good when people say things like that. I just can't imagine what kind of excuse [besides lack of money, of course] could keep you from doing new, fun things instead of staying home and Netflix binging/going to the same bar you do every week.

Next month's trip will be to good ol' Morgantown, so nothing too crazy... but May might be the biggest one yet. It's a bit stressful trying to work around other people's schedules, but again- not gonna let that stop me.

Posted by elizabethany at 5:09 PM